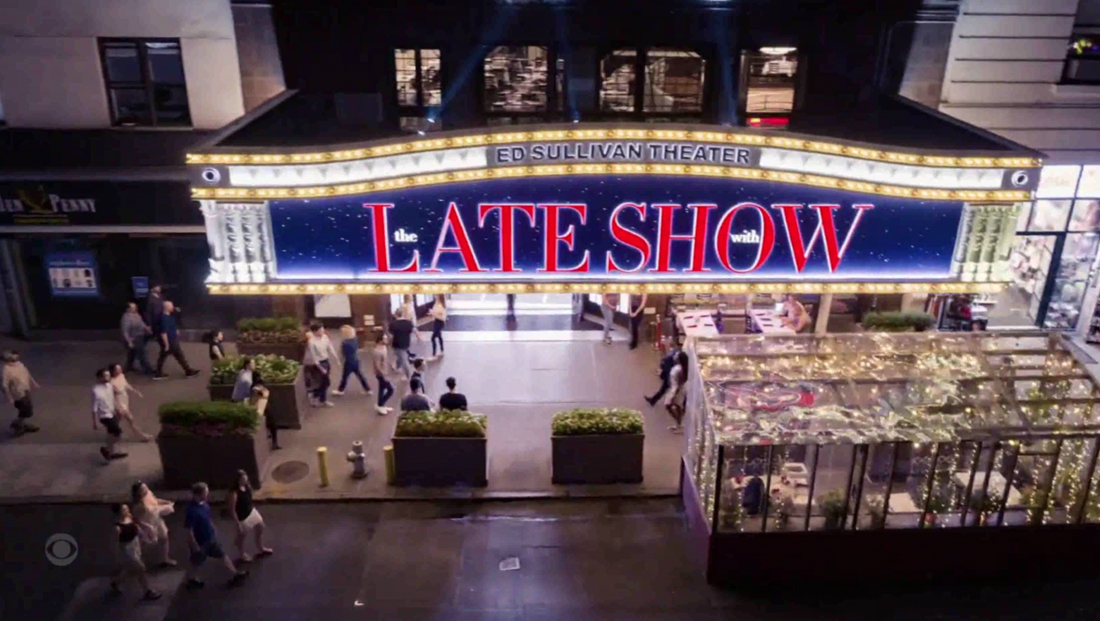 CBS’s “The Late Show” debuted a dynamic new open that showcases both the front and back of house of its iconic home, the Ed Sullivan Theater.

The new open was largely shot with a drone and is similar in concept to a single shot video captured with an unmanned aerial vehicle at a bowling alley in Minnesota that went viral in spring of 2021.

It’s not immediately clear if Stephen Colbert’s team shot this in a single take, but there are several noticeable “transitions” that could have been used to “hide” separate shots during the editing process.

The sequence starts with a wide exterior of New York City outside of the theater, before flying in the front doors under the marquee. It’s in the lobby when a burst of light “blows out” the view before transitioning to a light burst inside the auditorium area. 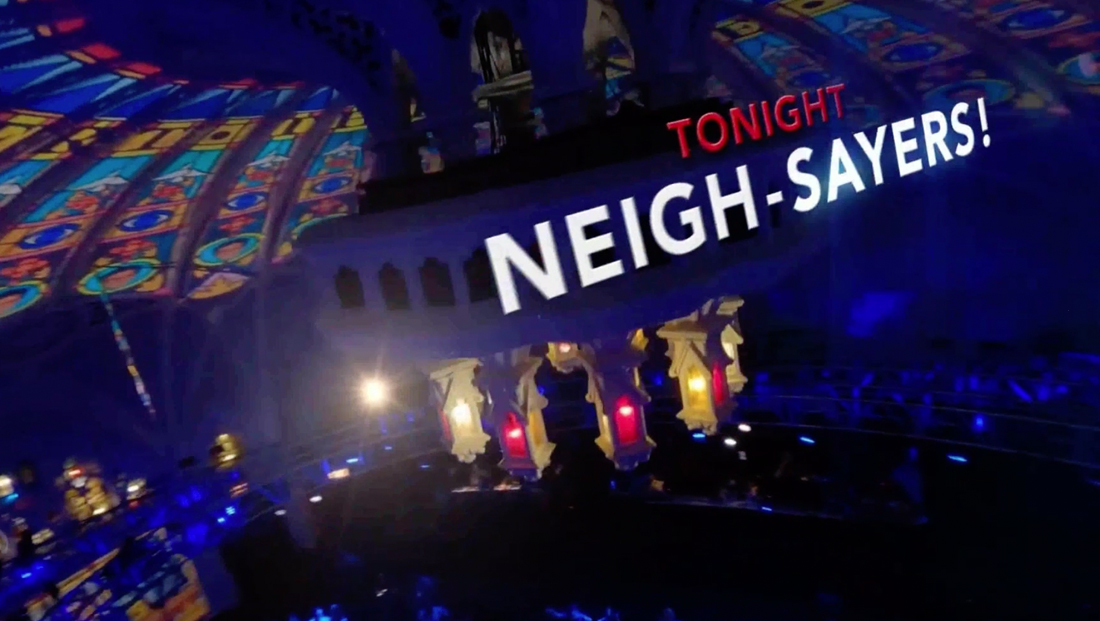 The drone flies around the chandelier, which has a headline teasing part of the upcoming show tracked to the light fixture.

Next the view goes by the stage set and through a backstage door stage left and through a plain, unfinished hallway, zooming in on the door of what appears to be a dressing or green room with a framed print that can be changed with the night’s guests.

A crew member then opens a door to the right and the shot gets “blacked out” thanks to his shirt before switching to a backstage view.

The camera “flies” through a clothing rack as another tease is shown on a monitor cart being wheeled past by a crew member. 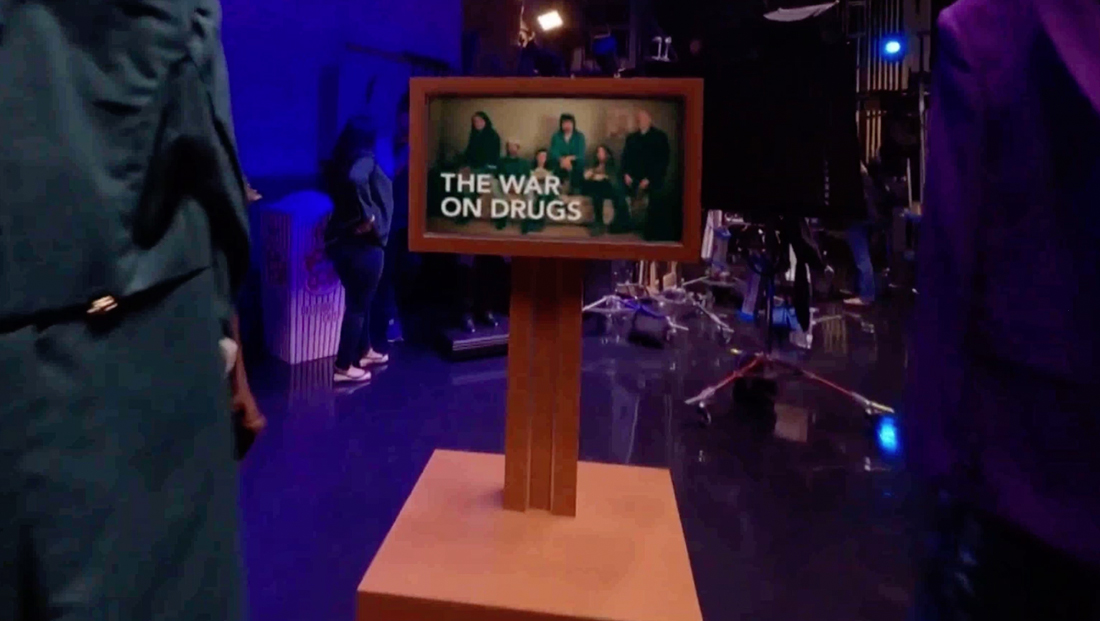 There’s another series of backstage shots before house band leader Jon Batiste dances by on his way to set while his name and the “Stay Human” name is “anchored” to the wall he walks by.

Viewers are then taken down a narrow passage to another backstage area, before the viewport zooms in on a wall mounted TV screen with the show logo before “flying” through the lower part of the “H” in “Show” to transition to a view of Colbert as he enters the studio.