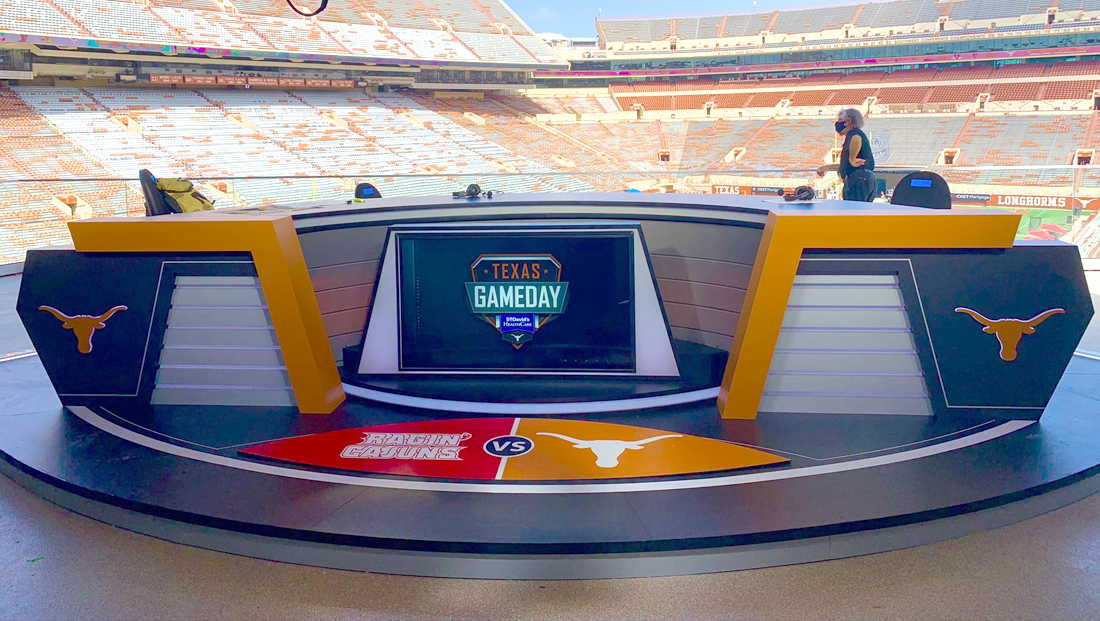 The Longhorn Network, a college football regional sports network that’s a partnership between ESPN and the University of Texas at Austin, has debuted a new stadium desk for its “Texas GameDay” show.

The desk, which is situated with a sprawling view of the interior of the Darrell K. Royal Texas Memorial Stadium, is used for a 90 minute postgame show after home games.

When the Longhorns are out of town, the show switches to using the network’s Austin studio.

Like many sports desks, the “GameDay” one, designed by James Yates Production Design, is quite large.

It sits on a football shaped riser that has the option to include a printed graphic of the opposing team and Longhorns logo along the front edge (these panels have a football inspired shape as well).

An integrated monitor sits inside the curved desk, which also features silver panels with reveal lines and two orange “brackets” that are a nod to the horns on the team logo, which is inspired by the team’s real life steer mascot named Bevo and the “costumed” version, Hook ’em.

Meanwhile, polygons inspired by those angles are used throughout the camera-facing side of the desk, including as a surround for the monitor.

The outer wings of the desk, which was fabricated by Solomon Group, feature two blue panels with the longhorn logo in orange.