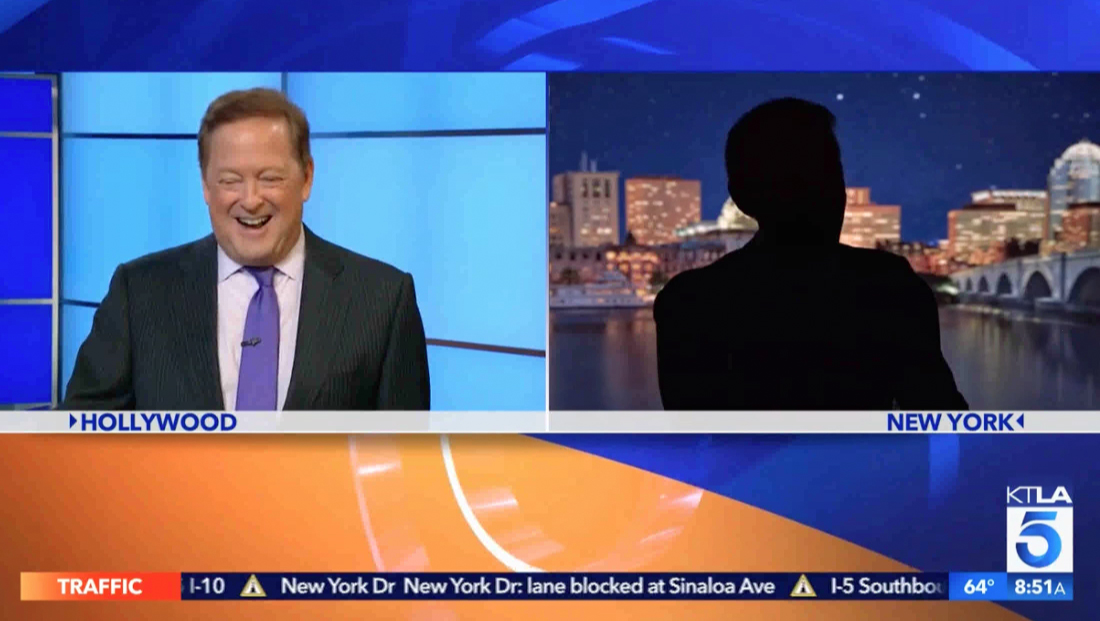 You know what they say about a bad dress rehearsal equating to a great opening night? Hopefully the same holds true for a bad media tour appearance and your cable news show’s debut.

Dan Abrams, who is joining NewsNation as host of “Dan Abrams Live” was appearing on KTLA’s morning news Sept. 27, 2021 to promote the show.

Abrams joined the L.A. station, which is owned by NewsNation owned Nexstar, from New York to discuss the show.

Coincidentally, KTLA was rolling some B roll of showing footage from a promo that features “not actual” cable news hosts shown cloaked in darkness.

When the station cut back to Abrams in the double box, his lighting went out abruptly.

“Speaking of different America, I think my lights just went out here,” he said.

“That’s the kind of high quality they’re investing significantly in this show … let me tell you something, there are big dollars behind this show,” Abrams quipped.

Nexstar has invested tens of millions in NewsNation, though it’s sometimes known for cutting costs in local markets, sometimes through agreements where it manages two stations in one market but only officially owns one — with the other frequently being owned by a separate company that has ties to Nexstar.

Some lighting was quickly restored, making Abrams more than just a silhouette and eventually the full lighting cue was turned back on.

NewscastStudio sources say the setup Abrams will use for the debut of his show is not the “final” configuration.