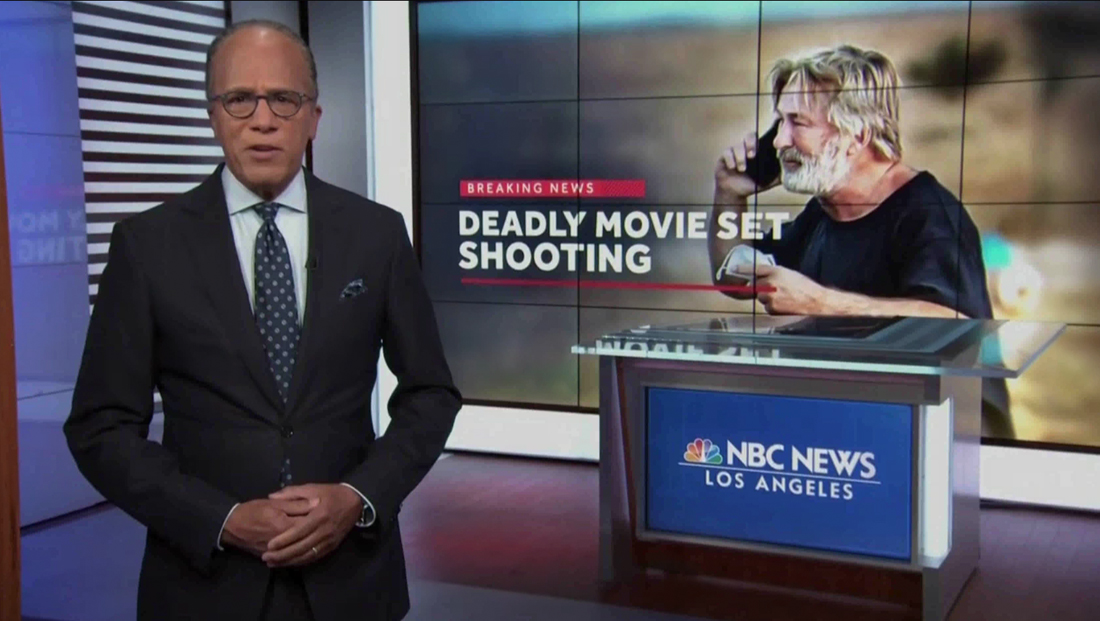 After making the big move to Studio 1A in September 2021, “NBC Nightly News” was able to “recreate” much of the look while Lester Holt anchored from Los Angeles the week of Oct. 18, 2021.

NBCUniversal opened the facility in 2014 and it includes the network’s Los Angeles bureau, select West Coast operations and its owned NBC and Telemundo stations.

There’s a newsroom with glassed in studio that features a large curved anchor desk, which is where Holt previously would typically anchor “Nightly” from when in town.

However, in order to maintain the newscast’s video wall heavy look, the network opted to use two of the other areas in the studio space, a large segmented video wall and alcove space.

Like in New York, Holt kicked off the newscast standing with a vertical graphics to one side showing the date and a large “Nightly” graphic behind him. 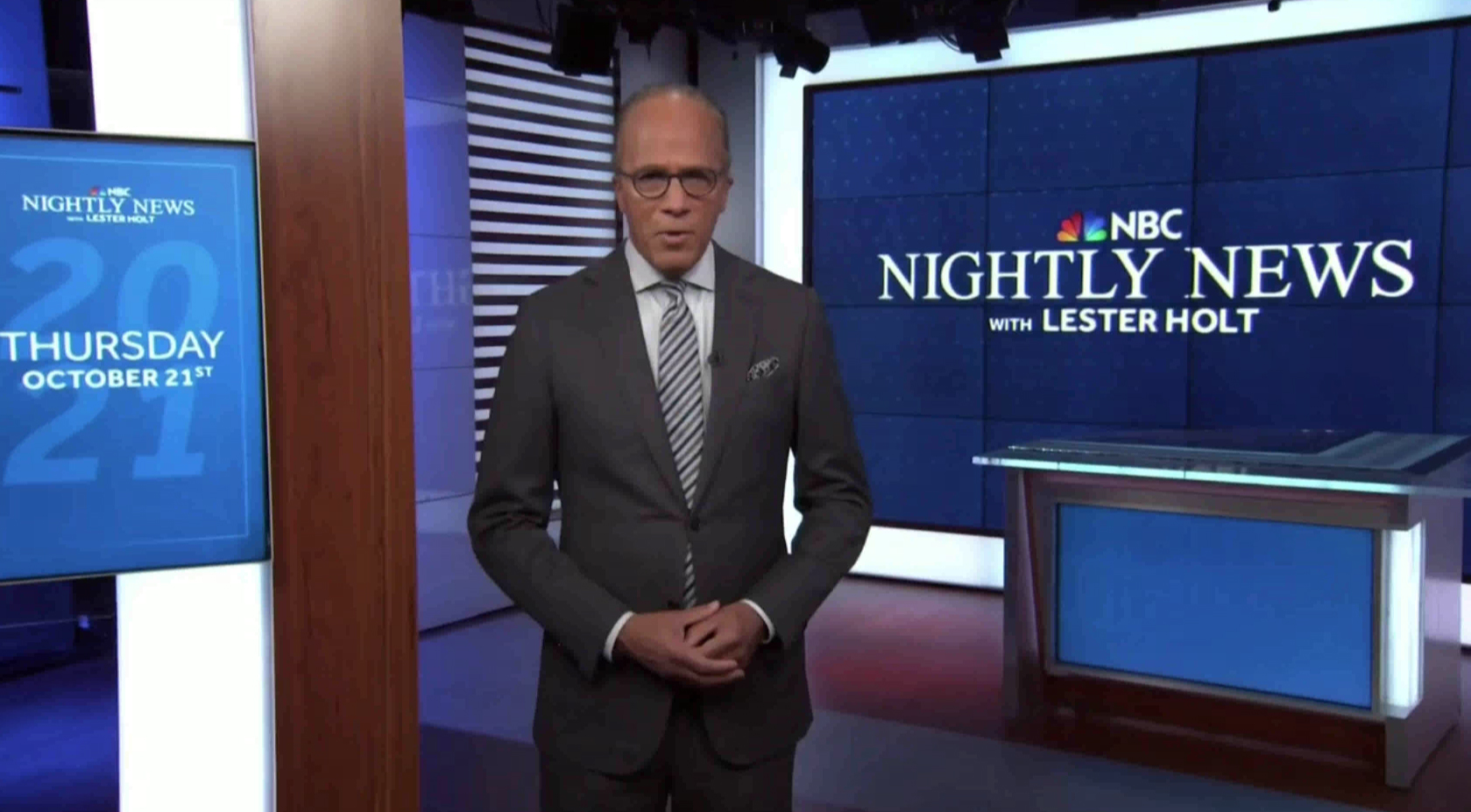 After the tease headlines, he appeared again, still standing, in front of one of the space’s anchor desks parked in the background.

The integrated video panel on the desk first showcased an “NBC News Los Angeles” animation but then was switched to a topical graphic to coordinate with the 4×4 video wall behind it.

These graphics had slight diagonal accents and actually illustrated a more effective way to use an anchor desk rather than just have it sitting in the background.

That said, the anchor desk that usually sits behind Holt for the top of the show in 1A doesn’t have any LED video panels fronting it so its use wouldn’t be practical in that sense.

MSNBC’s Studio 3A does have an L-shaped anchor desk option with integrated LED panels that sometimes appears behind anchors positioned elsewhere in the studio, forming a sort of high tech “credenza.”

Back in Los Angles, the video wall didn’t allow for as wide of a look as in 1A (it also isn’t seamless), but it still used the same animation style. 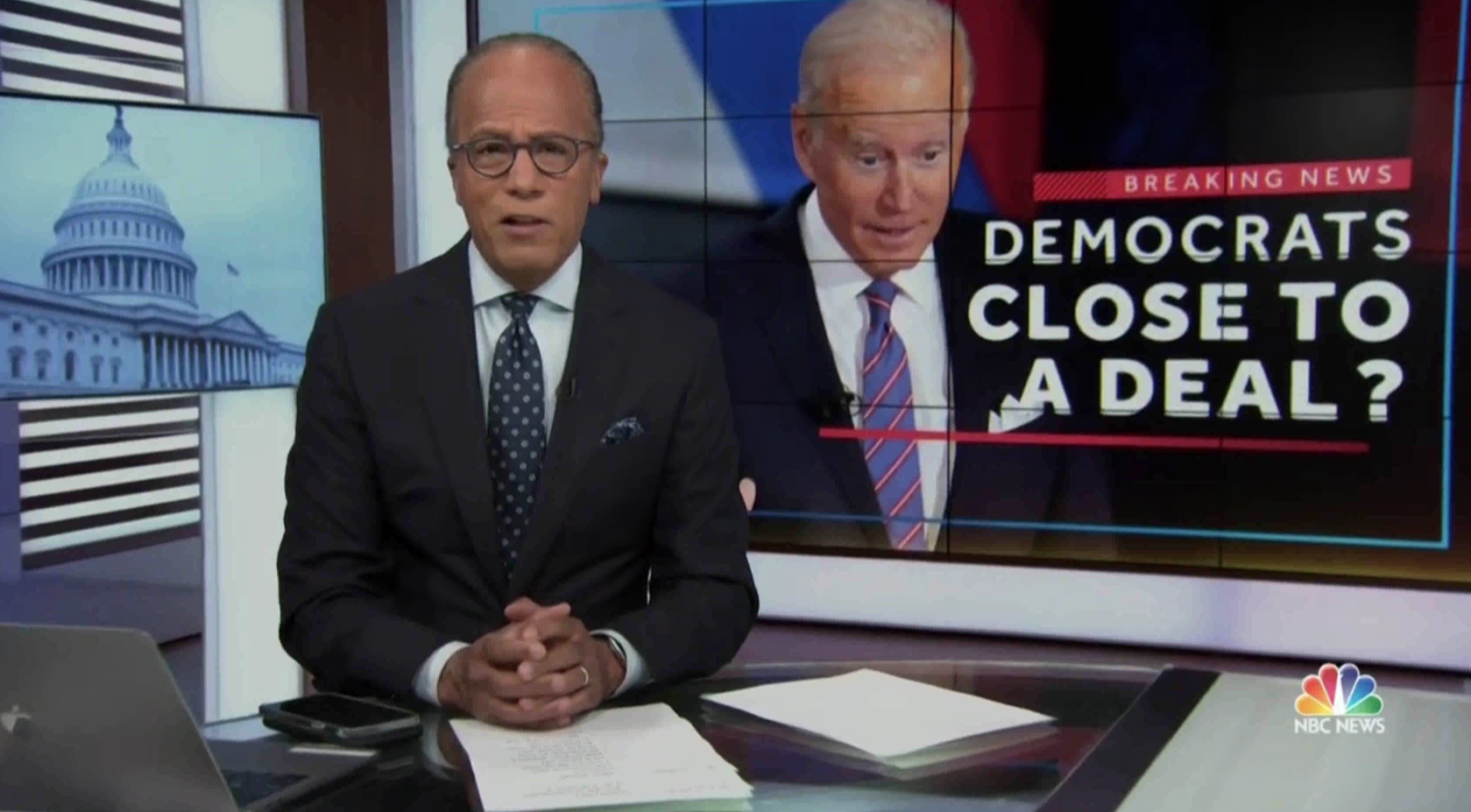 For other stories, Holt moved to the anchor and the boxed topical graphics appeared on the video wall behind him in an almost identical style as in New York.

In addition, 1A’s extra LED panels camera left were “recreated” thanks to a monitor cart wheeled into place on the other side of the camera viewport. 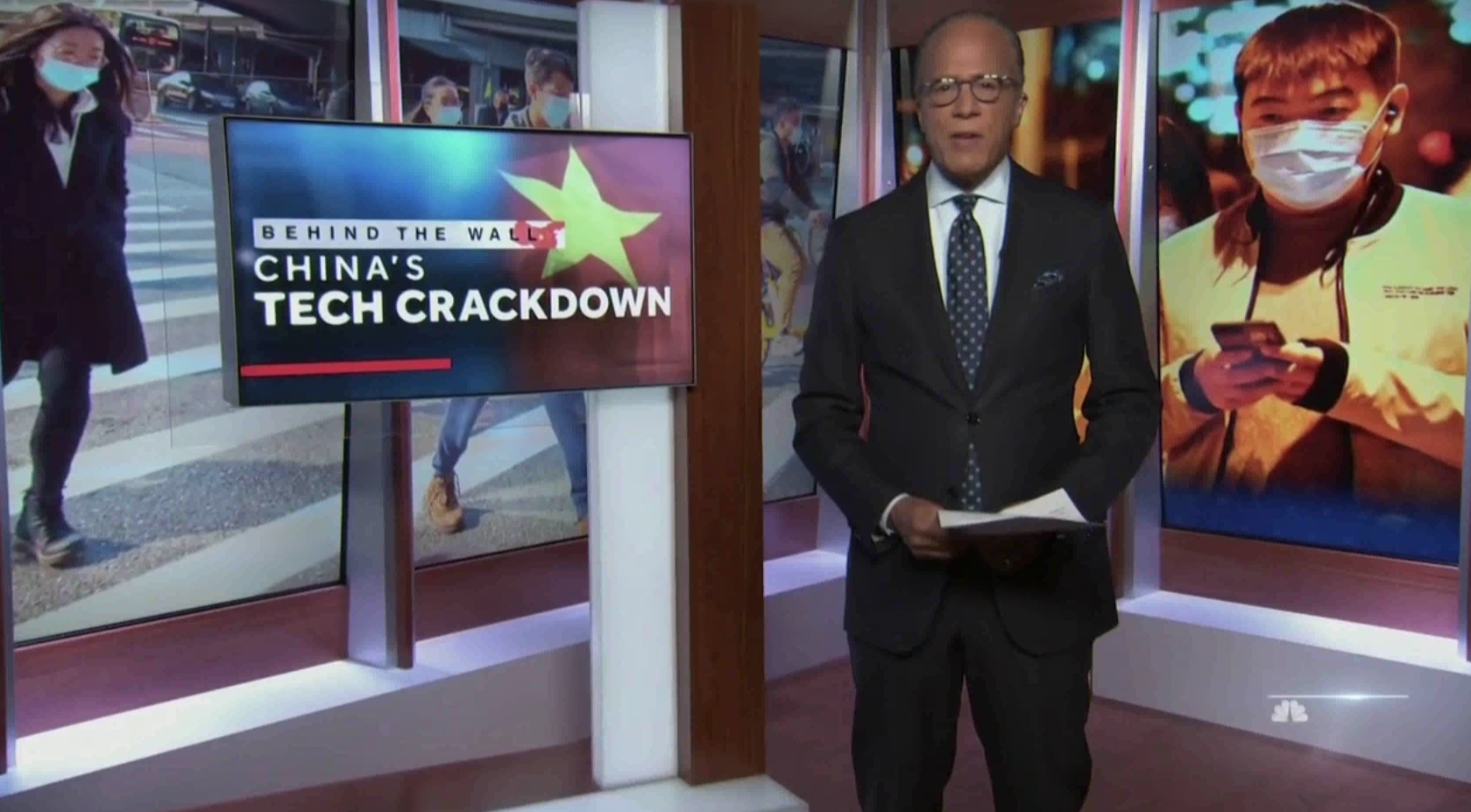 Holt moved to a standing positive, similar to how he does in New York, on select nights, using a freestanding monitor combined with the vertical panels that form one corner of the space. The look is comparatively, at least to some degree, to the use of the motorized LED wall in the production area of 1A. 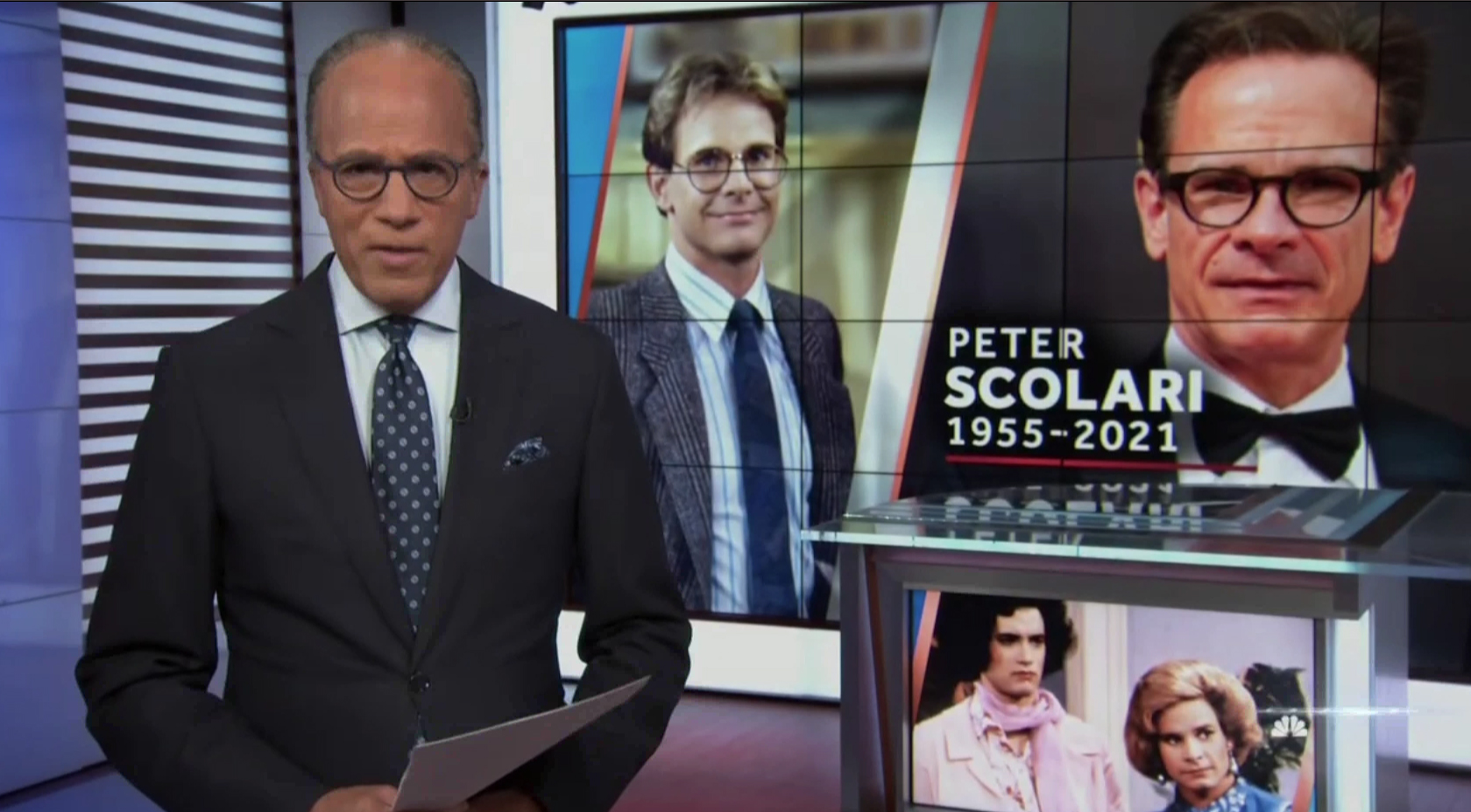 The kicker also had Holt standing, with the desk monitor used to show complementary imagery while the main video wall used angled graphics just like “Nightly” typically does for the final show of the broadcast when back home.