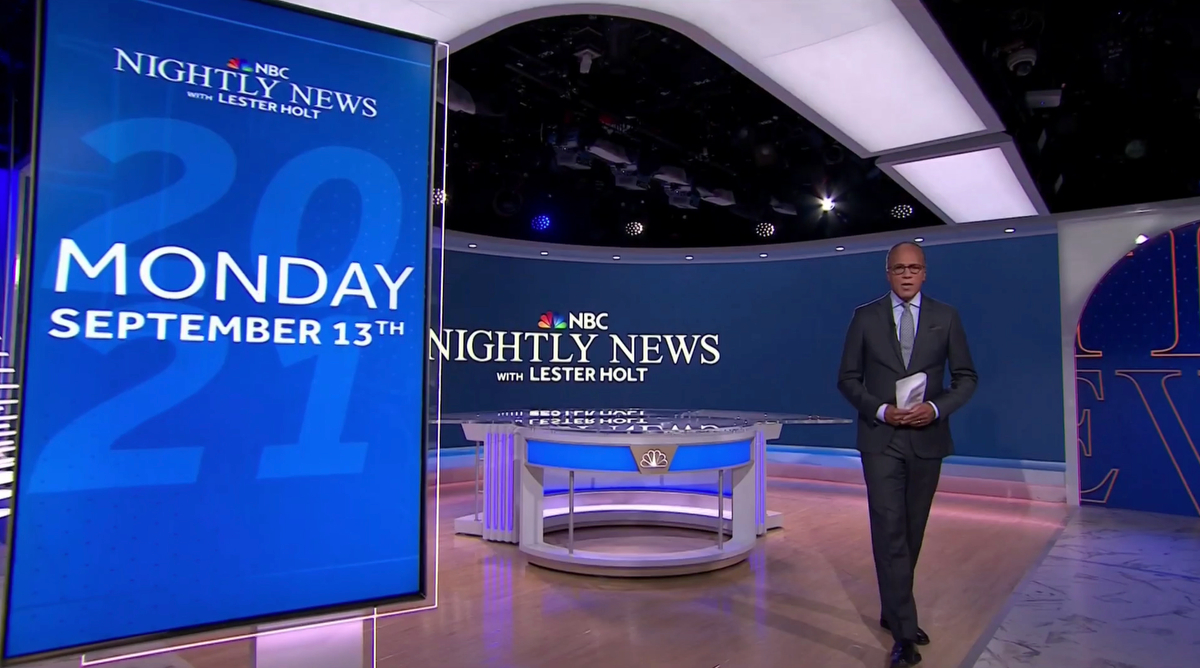 “NBC Nightly News” moved to Studio 1A, the longtime home of “Today,” Monday, Sept. 13, 2021, introducing a collection of new graphics that — along with the updates made recently to the set — create a collision of different looks.

In addition to relocating from Studio 3A across the street, “Nightly” also introduced a distinctive new visual style that appeared mostly as video wall graphics and bumps.

NBC News confirmed to NewscastStudio that the show has “permanently” moved to Studio 1A.

What didn’t change — at least not yet — are the show open, lower third inserts and banners used for headlines and teases.

The open was updated in November 2020 at the same time the broadcast switched over to a dotted globe motif that was extended to the video walls graphics but not the overlay OTS design, boxes, lower thirds, headline or teases, creating a bit of a mixed bag that meant the show was essentially using elements from at least two different looks. 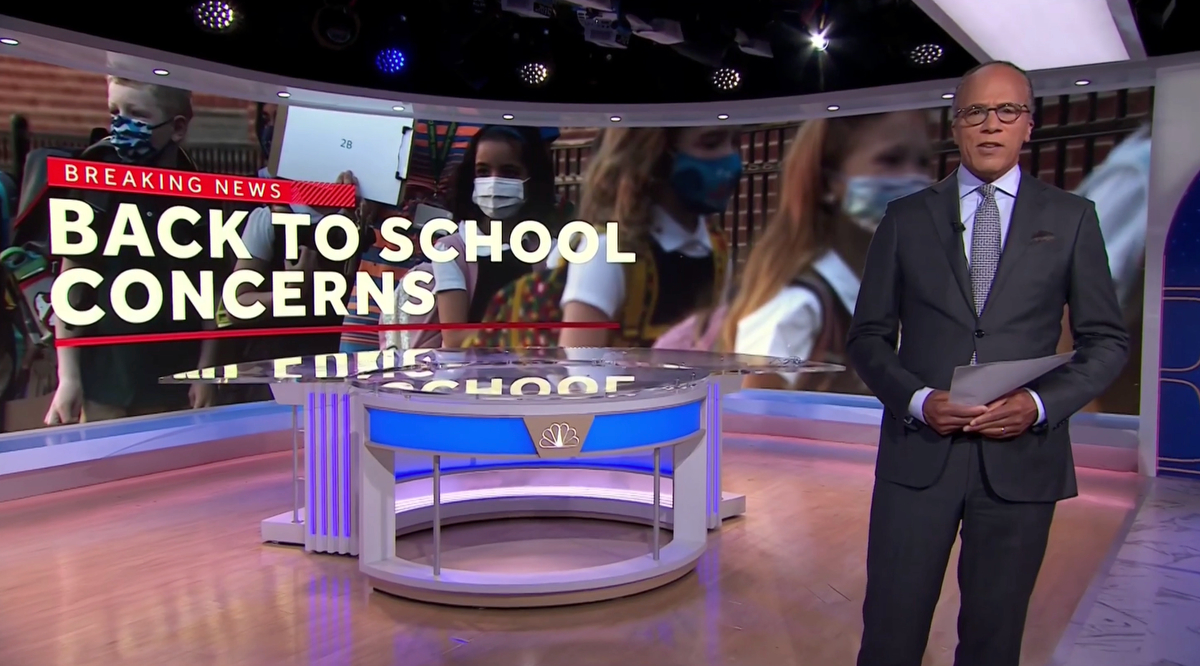 With the September 2021 change, the show introduced a distinct style that was seen on the numerous LED video walls and panels found throughout 1A.

The show started with anchor Lester Holt in front of the 40-foot curved video wall that was installed in 2018 and the curved anchor desk “Today” introduced Sept. 7, 2021 parked in middle of the space, similar to how the broadcast had been placing the L-shaped desk that debuted with the 2017 version of Studio 3A in many background shots.

This large LED canvas allowed the show to showcase its top story with oversized imagery that started with the “Nightly News” logo set against a plain blue background and then animating through a series of photographs.

“Nightly” continued to insert headline text over the images, using more generous kerning and setting the titles in the font Effra.

In addition, with the top story centering around the coronavirus pandemic, the larger video wall was used, along with the six-panel “production area” video wall in front of the studio’s longest stretch of windows, to showcase a variety of COVID-19 stats, set against mostly plain, solid-color backgrounds.