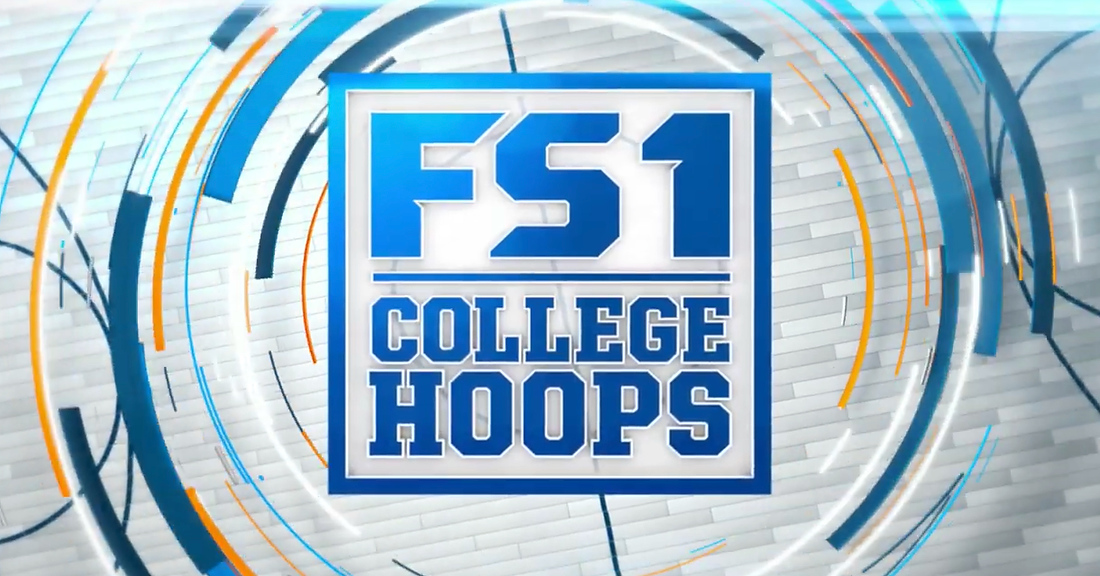 Fox Sports tipped off its 2021-2022 college basketball season coverage with a new design package filled with color and speed.

Shared with the Big Ten Network, the design centers around a basketball court that deconstructs, becoming a swirling set of colored floor planks infused with glowing lines. These elements flow through a virtual arena, wrapping around logos and becoming transition and bumper elements throughout the package and even forming a basketball at one point.

Overall, the package opts for a lighter tone compared to the previous wood-filled look – mirroring a shift away from “nostalgia” in sports design overall – with a greater emphasis on team color and branding throughout.

3D objects are used sparingly in the package, such as a basketball goal on a bumper, with the overall design largely relying on 2D elements with 3D motion, adorned by lens flares and some lighting effects.

The “FS1 College Hoops” logo has also been redesigned with the new package, opting for a blue hue with a collegiate-inspired typeface.

The insert graphics, including scorebug and lower third, depart from Fox’s former standardized package. This move follows the broadcaster’s recent trend away from standardization, similar to the recent redesign of “Fox MLB” or NFL coverage. The latter is now also used on college football telecasts. 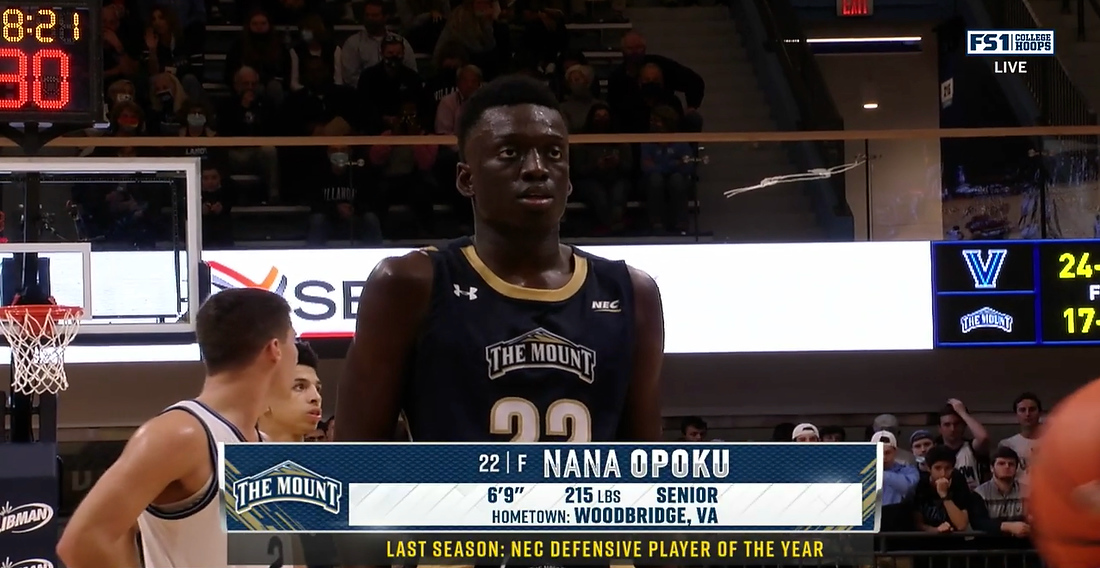 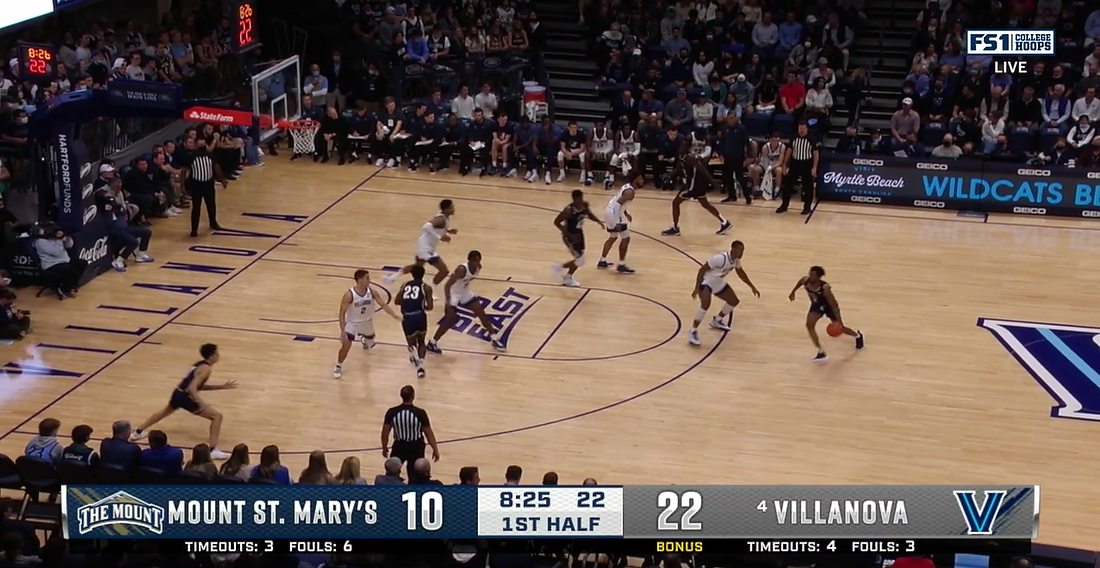 The scorebug, however, has already drawn the ire of social media due to its enlarged height. In some cases so far, the bug encroaches onto the basketball court, instead of just covering fans on the sidelines.

This isn't a scorebug, FOX — this is a scoremonster. And it is out of control. pic.twitter.com/juFr2Av6fd

Basketball is always tough because people along the sideline block the view but it doesn't help when you have a GIGANTIC score box also in the way pic.twitter.com/hw0pDEHdrb

This new scorebug is similar to the redesigned “Fox MLB” implementation, which is larger in scale and aimed at a younger audience with effects and animations mirroring those often seen in video games. However, the design is in contrast to Fox’s NFL coverage which uses a minimal scorebug designed to fit vertical video platforms.

Fox Sports gets into the game with new MLB graphics

As the season is only a day old (as of publication time) the scorebug will likely be tweaked as the package begins to make its way across various games and venues.

Overall, the scorebug design is easy to read and clearer than the previous standardized bug with better team branding embellishments.