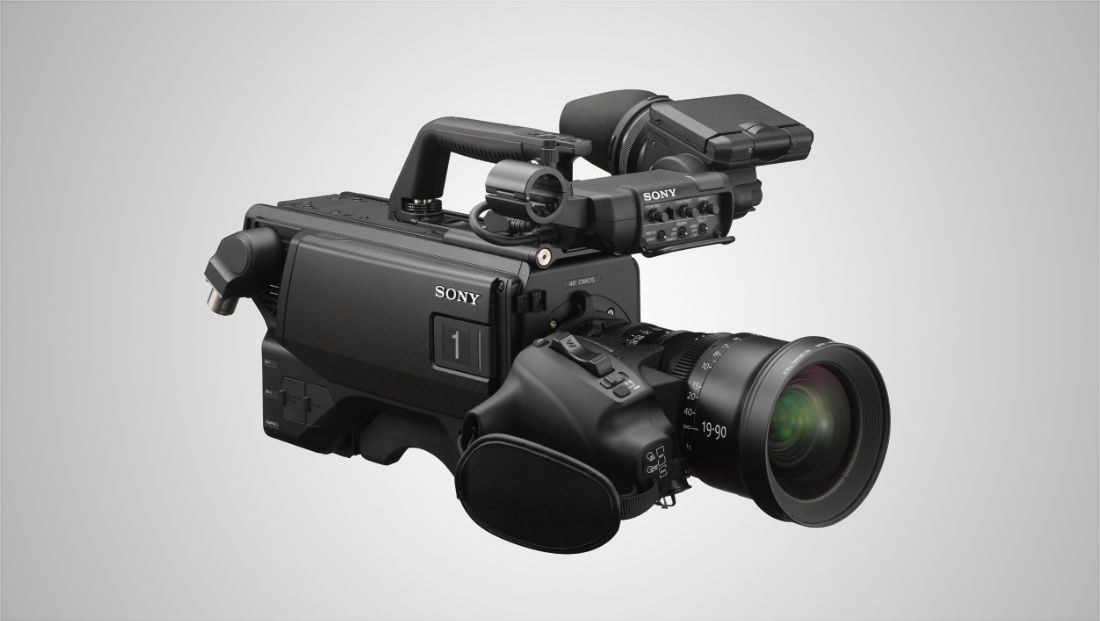 Sony’s HDC-F5500 35mm 4K camera system has been deployed by Fox, CBS and ESPN for recent live sporting events, creating a cinematic effect for coverage of baseball and football games.

The cutting-edge imaging technology provided a shallow depth of field to heighten the passion and provide new cinematic looks of the action on and off the baseball diamond and football field.

In its broadcast debut, the HDC-F5500 camera was used during Fox’s coverage of baseball’s American League Championship Series between Boston and Houston. It was equipped with a long box lens and positioned behind the first base dugout during games 3, 4 and 5 of the series. Several replays showcased the camera’s creative capabilities.

CBS employed the HDC-F5500 during the NFl game Chicago and Tampa Bay on October 24, capturing Tom Brady’s emotionally charged 600th career touchdown pass. It was used throughout the game both in a handheld configuration on the near sideline, as well as in a live application, providing an engaging cinematic look.

ESPN also incorporated the system camera into the “Monday Night Football” matchup between Kansas City and New York on November 1, where the camera was integrated into the key sideline cart position.

Highlights of the new HDC-F5500 camera system include a highly sensitive Super 35mm, 4K CMOS global shutter image sensor that enables lush images with several available color gamuts, as well as the use of PL mount 35mm lenses. The camera also features a high frame rate capability of up to 120fps, making it a valuable tool for sports production. A motorized 8-step ND filter allows for the precise selection of focus depth and works with a flexible shutter system for capture of fast-moving subjects. Combined with the highly sensitive imager, the HDC-F5500 makes stunning pictures, in bright lighting or during night games.

“The HDC-F5500 camera was designed specifically for live event production, with feedback from the industry, so it’s fitting that its first public uses allowed it to capture some of the most anticipated sporting and broadcast events of the year,” said John Studdert, Vice President, Media Solutions, Sony Electronics. “With the implementation of the HDC-F5500, FOX, CBS and ESPN continue their commitment to amplifying audience engagement through artistic and innovative uses of technology. The emotion and competition of these games were elevated by the camera’s cinematic storytelling abilities. In addition, it seamlessly integrated with all of the other Sony cameras in use at these events, to enable new forms of expression for the production and viewers alike.”

“The F5500 captured cinema-grade images which matched the tone and quality of the main broadcast seamlessly with an interface that our operators use daily,” added Brad Cheney, Fox Sports VP Field Operations & Engineering.