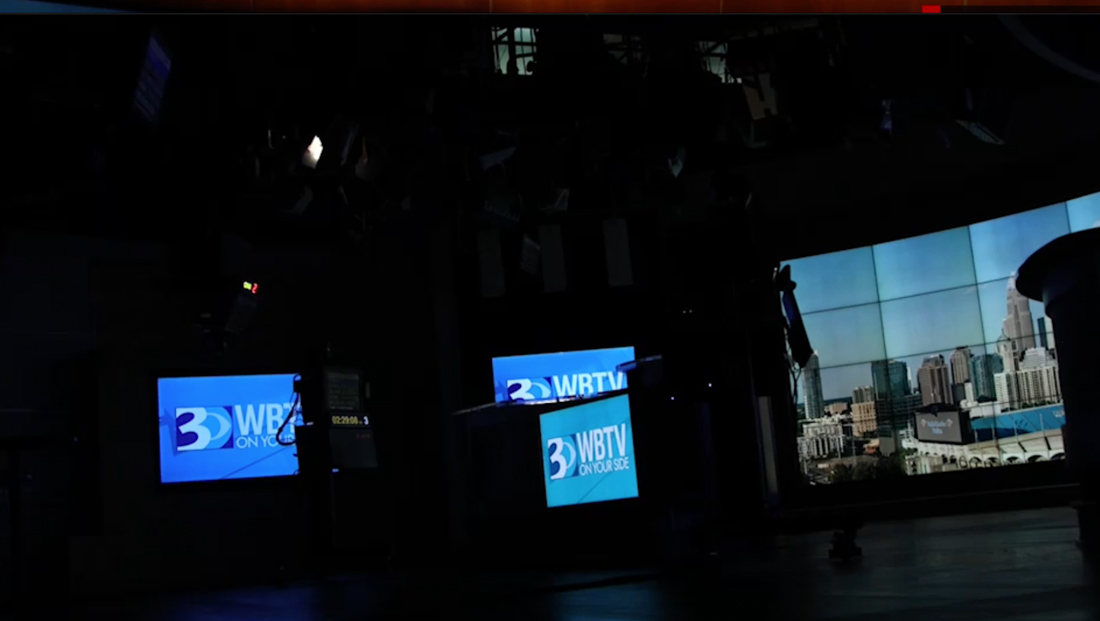 The promo starts showing a darkened studio with the station logo visible on various glowing monitors. As the lights come on, the set installed in 2015 by FX Design Group becomes visible.

It then cuts to anchor Alex Giles at a workstation in the newsroom. Giles stands up and grabs his suit jacket, which serves as a transition to a shot of him putting it on as he walked on to the set where he’s joined by co-anchor Dee Dee Gatton as they take their marks.

There’s then a view of a multimedia journalist getting ready for a live shot before cutting back to her feed showing on a control room preview monitor.

The three then each say a portion of the sentence “Each and every day, we’re working hard to give you the facts first” before the station’s logo is shown on screen.

WBTV is owned by Gray Television and brands as WBTV News on air.