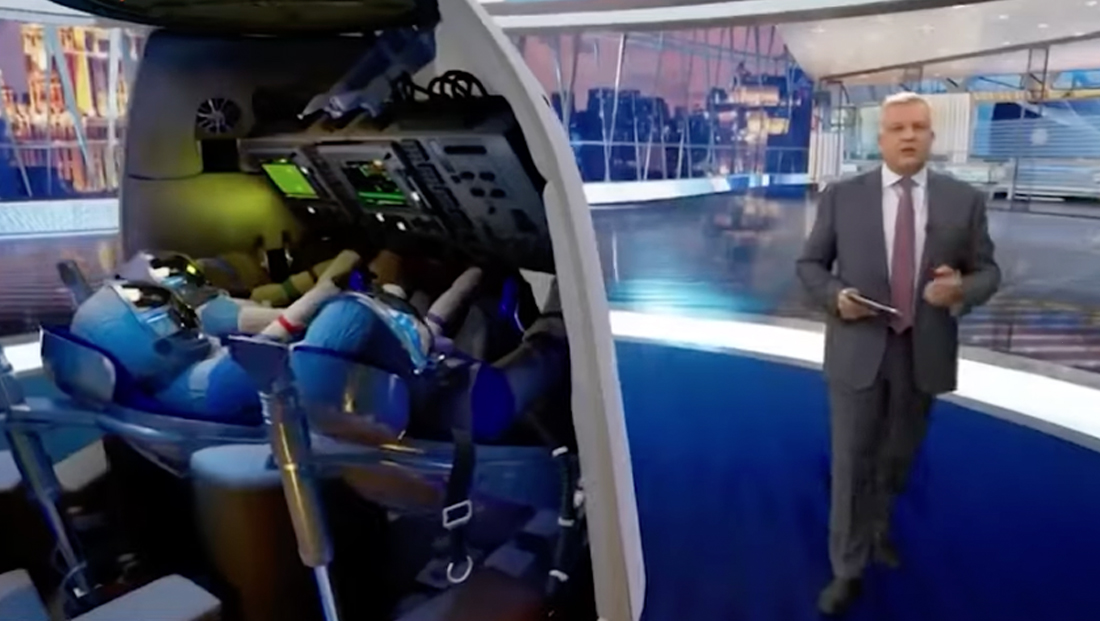 Channel 1 presenters could be shown standing in front of a “window” to space with animations illustration mission details that talent could interact. The “window” approach includes the viewport “zooming in” on the view and eventually giving the feeling of viewing the entire spacecraft from outer space rather than on Earth.

The circular floor also doubled as an oversized lift of sorts — with presenters appearing to standing inside of a large tower of some type while the floor “traveled” upward to give a bottom to top look at spacecraft.

Another option let talent appear to be standing in a futuristic hanger or terminal of sorts. The floor then rose above the ground level toward the “ceiling” of the sprawling structure and, seemingly, through a portal in the ceiling, revealing another story above with curved walls of glass and a floating model of a satellite.

The “ground floor” of the building can also be used to showcase a cutaway style model of a spacecraft’s crew cabin, with the presenter able to walk around the model while discussing it.

A final configuration added virtual curved semi-transparent video walls to the lower level of the terminal building that were used to display imagery that was better displayed in 2D.