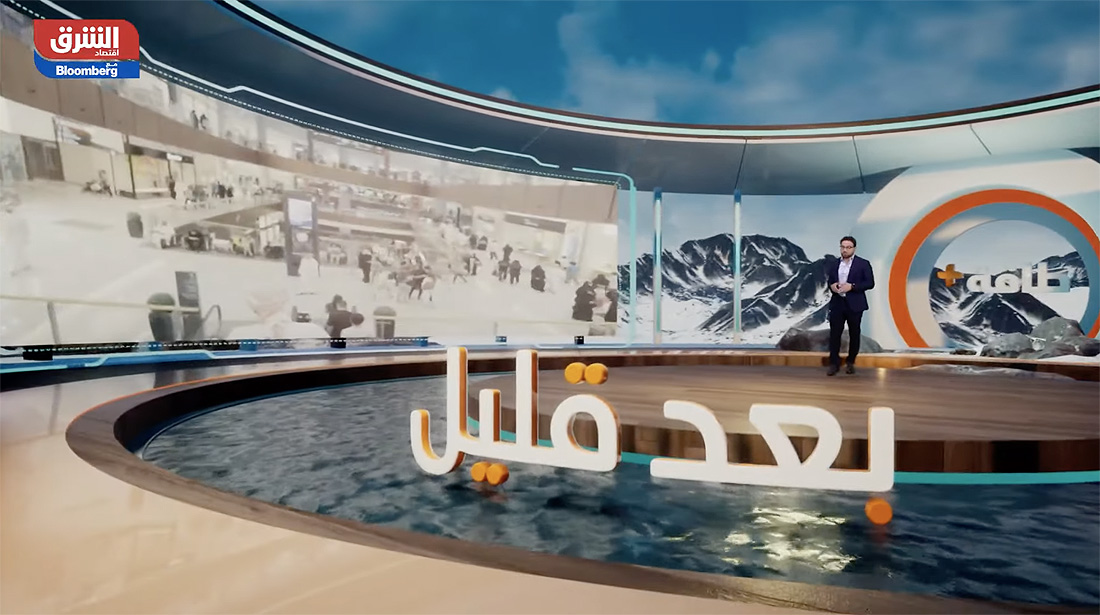 The name of the show means energy in Arabic and can be transliterated as “TAQA,” such as for the name of the Abu Dhabi National Energy Company.

While the Middle Eastern network has used augmented reality and immersive mixed reality on-air since launching last fall, this program is the first to be produced entirely from a virtual set.

In each episode, presenter Mohamed Fathy explores the global energy market and topics such as demand for oil, alternative energy sources and the supply chain.

“‘Energy+’ is our answer to the rapid developments transforming the global energy market, which created an urgent need for comprehensive media coverage that deals with the energy sector in its broadest sense, going well beyond oil,” said Riad Hamade of Asharq News.

“The use of virtual reality technologies allows us to offer premium and enjoyable content to Arab viewers, who are more affected by economic events than ever before.”

The show’s virtual production is made possible through Zero Density’s Reality platform including the Reality Engine with rendering by the Unreal Engine.

Design for the show was handled by Asharq’s internal AR/VR team including Mohsen Serry and Osama AlObaidy. 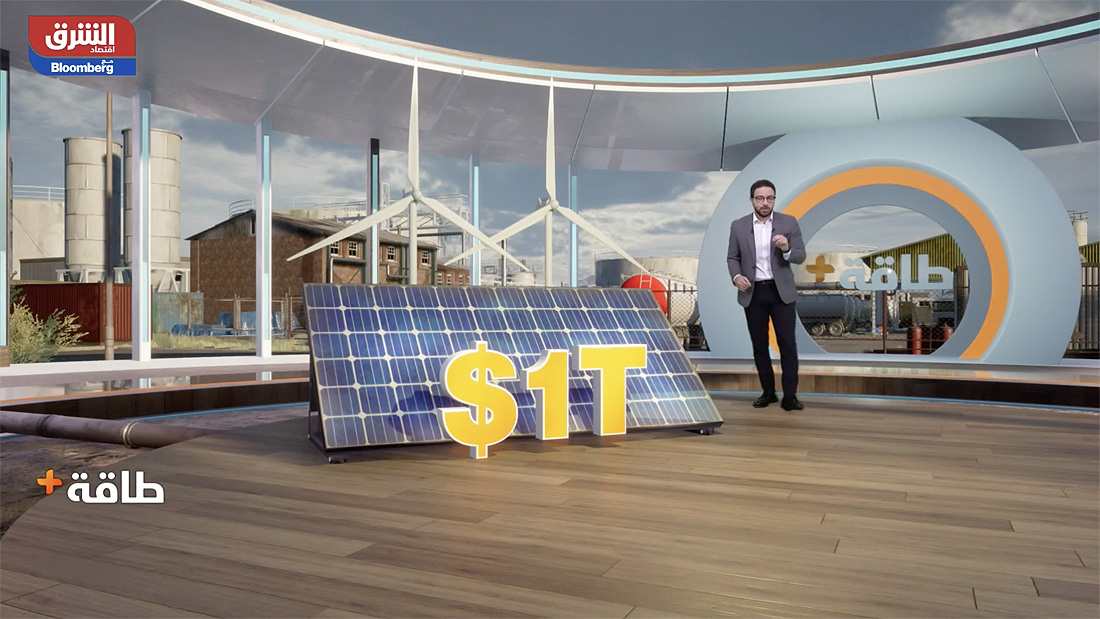 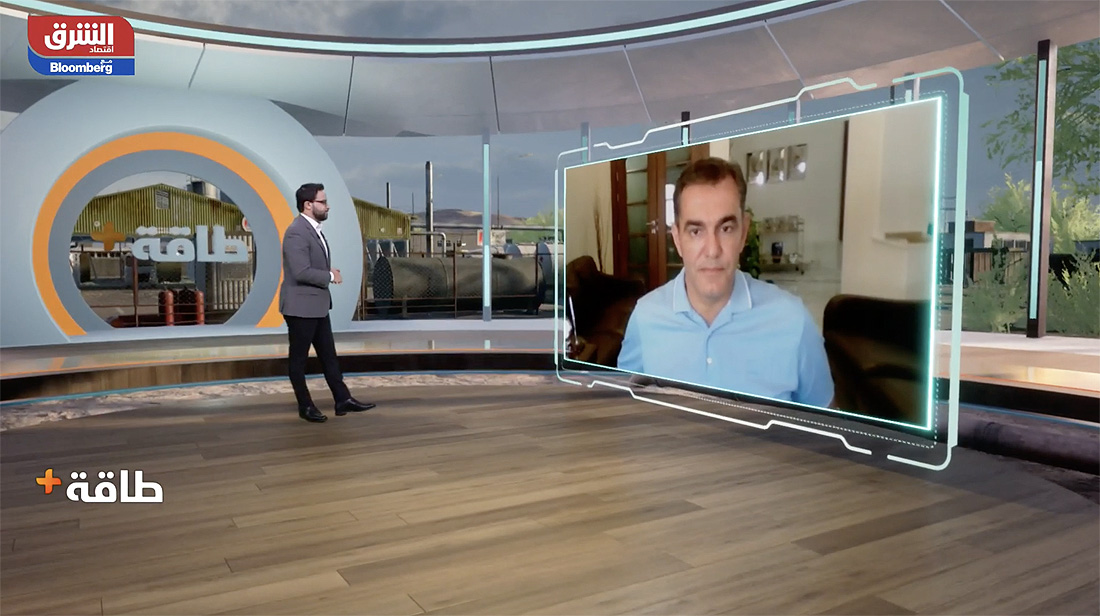 The virtual world of the show is built around a circular studio for Fathy which can transport him to the middle of the desert, a wooded forest or even to an oil facility. This studio includes elements that mimic Asharq’s actual scenic vocabulary including a glossy header element with subtle, backlit panels that pulse in the background.

Objects along with call-out elements, such as numbers and maps, are then layered inside the space to help break down a story or issue.

A “moat” around Fathy then provides another layer for textural elements such as grass, water or mud with more areas for layering of data.

Overall, the project combines a mix of elements that take advantage of the latest in real-time rendering to give the show a dynamic presentation format.