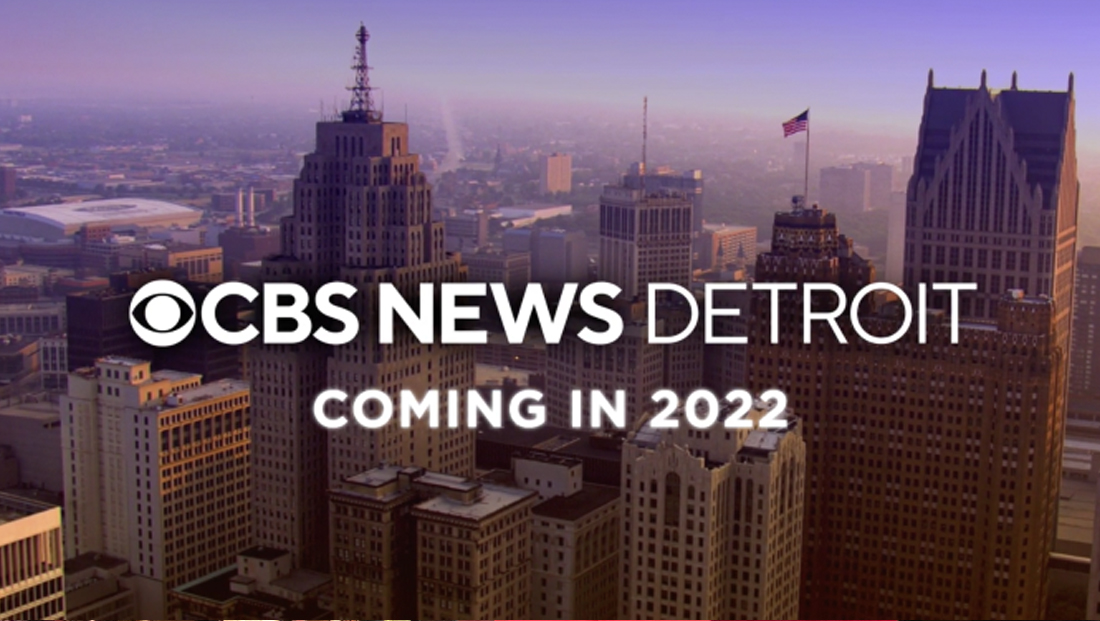 CBS Television Stations has announced it will be bringing back local news to Detroit station WWJ.

Currently, the station is the only network-owned station in the United States that doesn’t have a full local news department. In addition to adding local morning, midday, evening and late newscasts, the station will also launch a streaming service modeled after the current CBSN regional networks in other markets.

CBS has rolled out the streaming news service to most of its station group and previously announced it would be dropping the “N” from these platforms’ names.

CBS also released a graphic showing the name “CBS News Detroit” set in the TT Norms typeface that both it and parent ViacomCBS use in their respective logos.

It’s not immediately clear if WWJ will use different branding on air (it’s currently known as “CBS 62”) as opposed to its streaming service when both launch in late summer or early fall 2022, though the announcement did reference the intention to create a CBS News Detroit “hub” in the market.

Meanwhile, CBSN products in other cities are slated to be renamed as “CBS News (Market Name)” — such as “CBS News Chicago” or “CBS News New York” in the coming weeks or months.

Select CBS-owned stations currently brand as “CBS (Chanel Number) (Market Name),” though sometimes the market name is left off, and “CBS (Channel Number) News” for newscasts; though there are notable exceptions in Boston and Pittsburgh, for example.

At one time, NBC started nudging its owned stations to use the naming format “NBC (Market Name)”  online and most of these station’s websites still use the “NBC(MarketName).com” format, with a similar convention for social media handles, rather than relying on call letters or channel numbers.