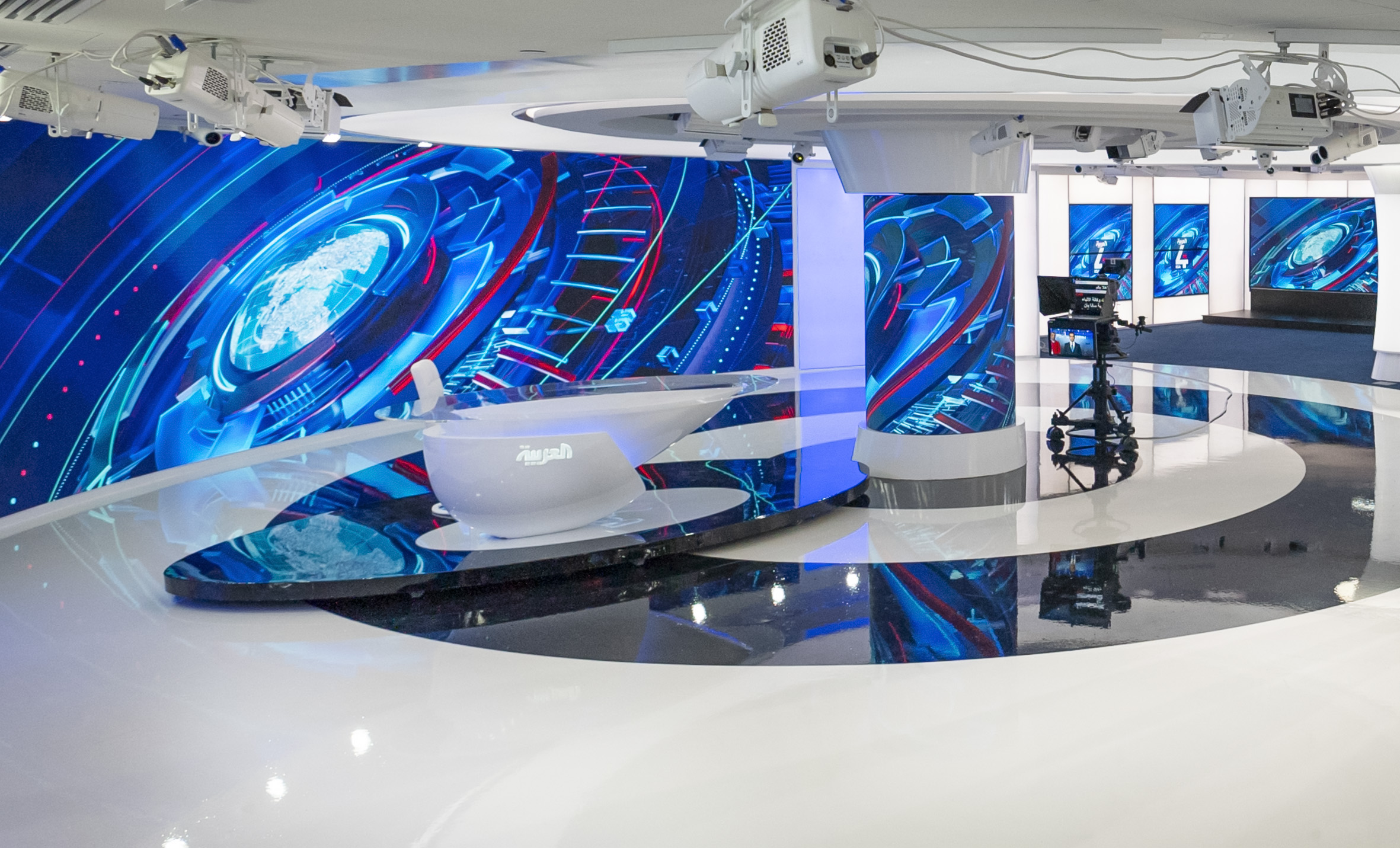 Al Arabiya (العربية) has launched a new broadcast facility in the Saudi capital of Riyadh following the 2020 overhaul of the network’s primary home in Dubai.

The project includes a complete gutting and rebuilding of the facility’s floor space with a fully integrated newsroom, studio and control room.

The Riyadh interior and studio follow the design vernacular introduced by Clickspring as part of the Dubai redesign with a variety of illuminated and LED-wrapped surfaces.

The main set features a large LED display with a tubular LED column, creating a distinctive centerpiece. From this column, distinctive black and white floor graphics tie multiple presentation areas together including the anchor desk and a separate area for analysis. 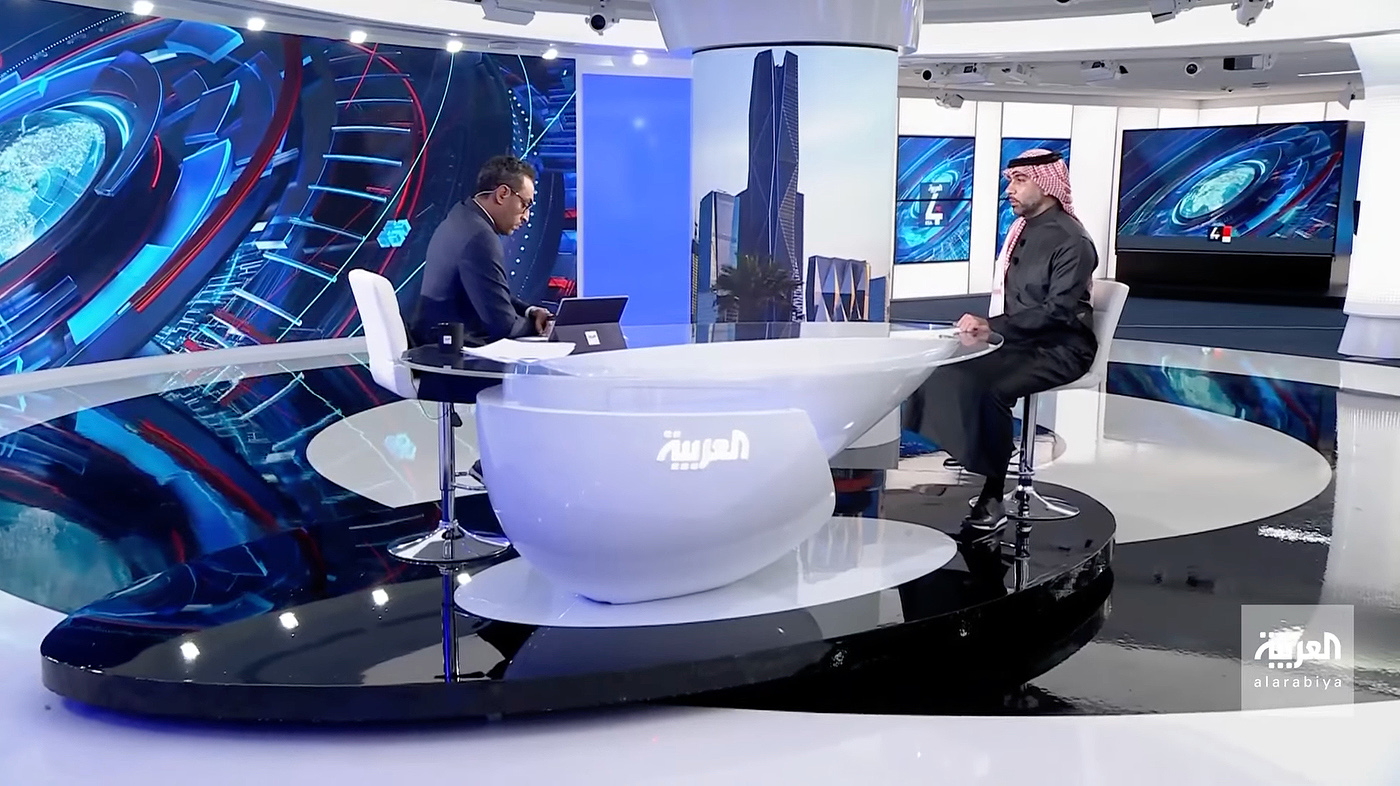 For the inaugural broadcast from the facility, Al Arabiya interviewed a variety of dignitaries and had live reports from around the capital. The broadcast also used the opportunity to showcase a variety of augmented reality elements in the studio, powered by Vizrt tools and Viz Engine 4 with camera tracking from Stype.

Virtual maps of Riyadh along with military statistics overlaid into the space via a virtual “window” placed over the real window into the production control room. 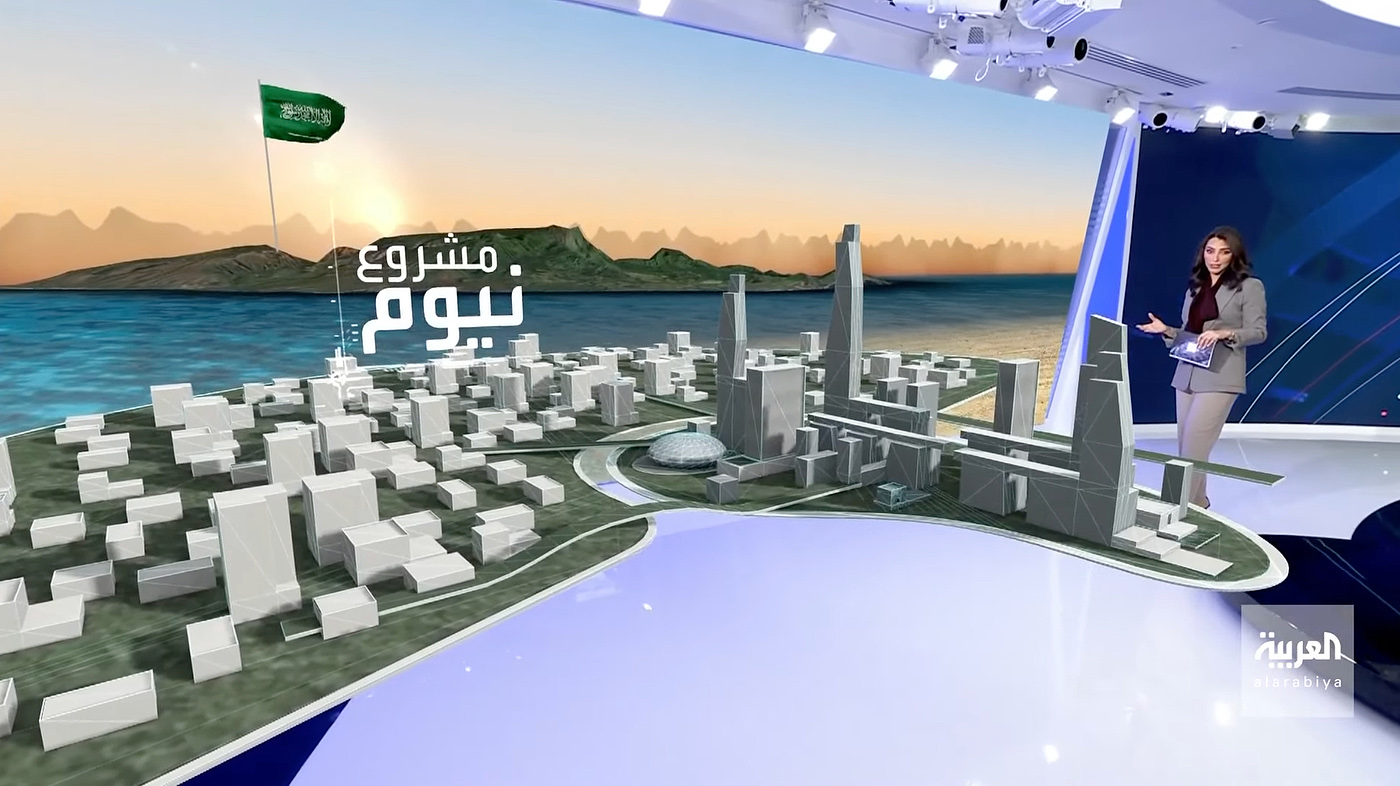 The control room features a Grass Valley switcher with prompting from Autoscript, studio peds from Vinten and six cameras from Sony, including a jib.