The use of virtual production (VP) in media and entertainment is, according to Statista, set to almost triple by 2028, rising by 15% every year until then. Content producers around the world are actively exploring how to leverage modern VP tools and workflows. VP stages are being built across the globe and audiences are responding to new formats and content.

More than just the latest bandwagon to jump on, virtual production is beginning to show its true value to creators, audiences and marketers.

So what are we learning?

The main components of virtual production is the combination of live-action footage with real-time visual effects (VFX). A use case would be augmented reality (AR), where the graphics are overlaid on top of the filmed images, or Virtual Studio productions where a green backing color is replaced with a computer-generated studio or location.

The key element here is real-time. Whilst the combination of virtual content and video isn’t new, the real-time application of cinematic quality elements to live video is. That’s thanks to the development of game engine technology and tools like Pixotope enabling application of that tech to a live event setting. The resulting creative potential for broadcasters is limitless.

One of the areas where this has been most apparent is live sports events, where virtual production is being deployed with true wow factor. Seen as a way to engage new audiences, attract fans to stadiums, and visualize data and information, the use of virtual production techniques for live sporting events is gathering pace.

In the NFL, we’ve seen both the Baltimore Ravens and the Carolina Panthers bring supersized versions of their mascots to life. These AR elements respond to live in-game moments or elements of the physical stadium, and have been adapted up until the last second. These adaptations have allowed, for example, the giant raven to wait on the goalposts for the director’s cue, or the menacing big cat to believably pounce on the physical jumbotron. Virtual production here is attracting fans both old and new back into stadiums by adding a new dimension to ‘game day’ and heightening fandom.

Even corporate sponsorship is being transformed via real-time virtual production. No longer confined to banners around the stadium, corporate partners are actually engaging crowds, in a way never before possible. Take Microsoft’s Halo game landing a spaceship at midfield during halftime at an Oregon Ducks game, or the Houston Texans producing a fan-driven racing game sponsored by retail company Kroger on a mixed-reality track.

Virtual studios demonstrate value not only in creative terms but in financial and environmentally conscious ones too. Virtual production means that all broadcasters can create immersive, hyperrealistic narratives without the need for huge budgets. Leveraging the power of a virtual set, users don’t require any specialist equipment or costly production stages. Spanish broadcaster VideoReport Canarias for example wanted to find a more resource-friendly and visually stimulating way of producing live TV. An entirely new show format was created for the daily primetime weather show ‘Una Hora Menos’. Virtual production saw a restrictive and costly production set transformed into a versatile and multi-camera operation that can effortlessly produce a limitless number of stage scenarios. The result facilitates reporting and creative storytelling without the need for expensive LED displays or constant (and expensive) changes to physical stage fixtures and furniture.

Being able to effectively land presenters in virtual environments brings creative and cost benefits to broadcasts, but it also negates the need for crew to travel there in person. There will always be instances where taking audiences to real life locations is valuable and a necessity, but in many cases it isn’t. Virtual production can allow broadcasts to be virtually located anywhere in the globe while being cost efficient and environmentally conscious. A sunset can last forever too!

Formats that would have been impossible only a few years ago have left the realms of fantasy and taken center stage. ‘Alter Ego’, which aired on Fox, was the first AR talent show in the US. Contestants perform like never before — as their dream avatar. Precise real-time engineering enabled 20 unique AR characters, powered via full motion capture by their human counterparts, to perform in front of a panel of celebrity judges and a 200-strong audience. There’s no doubt that ambitious shows like ‘Alter Ego’ are technically complex to produce. Still, the broadcast and technology community are rising to the challenge, growing in expertise and creating the tools and workflows they need to entertain audiences in completely new ways.

Some believe that virtual production is the future of content production, enabling the creation of the most impactful and informative media in the world. The tools for broadcasters to create and deploy this content, whilst maximizing studio facilities and reducing costs, are now available. Though not without its challenges, virtual production has proven its power to win over audiences, shape new kinds of broadcasts and facilitate more efficient, adaptable and sustainable ways for us to work.

In the next article in this series, we’ll offer a quick guide that will give key pointers for those new to contemporary virtual production techniques. We will be sharing virtual production workflows and camera tracking — all you need to know to get started! 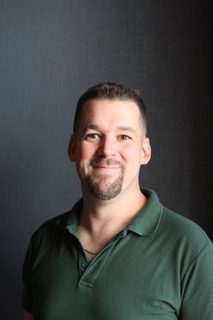