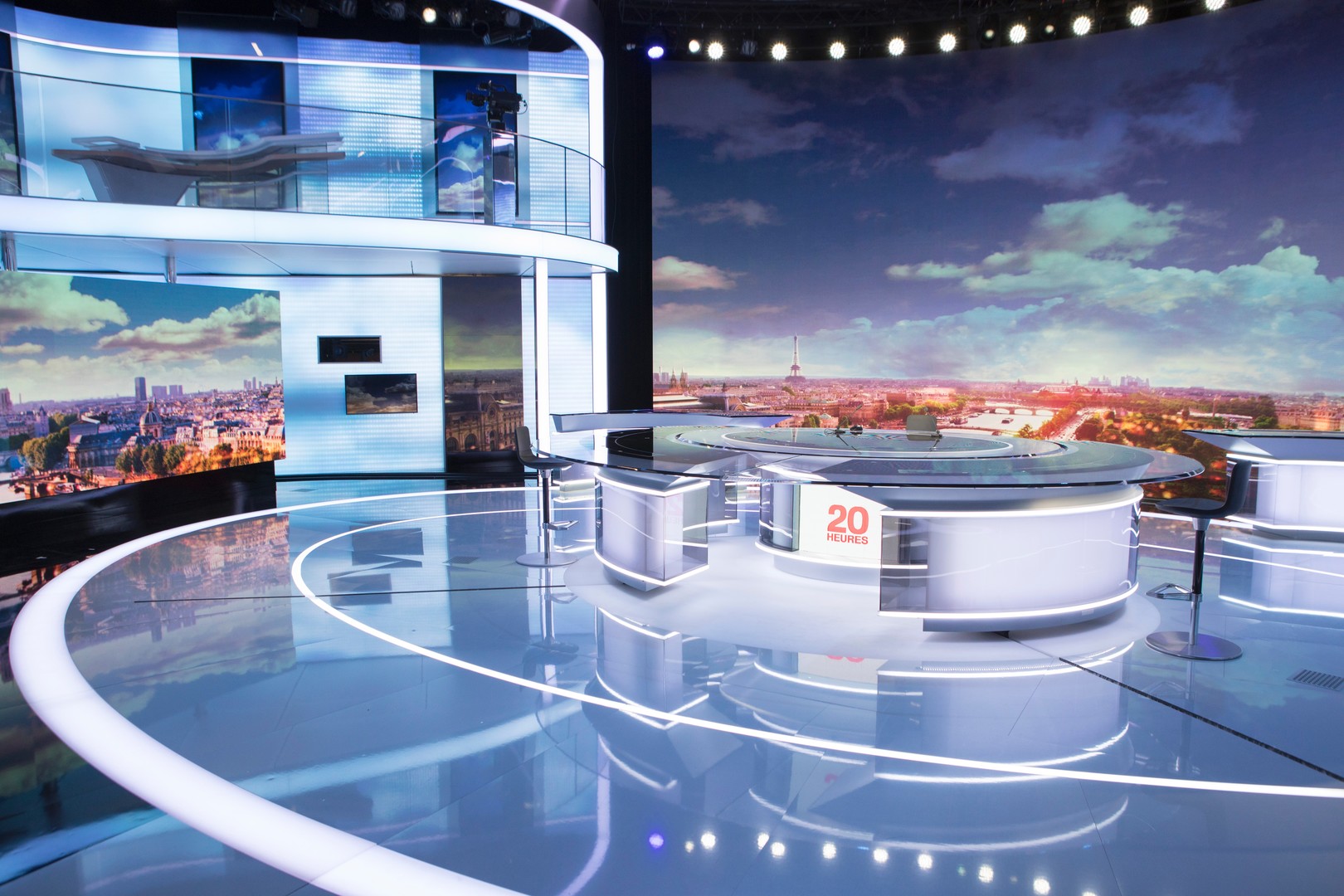 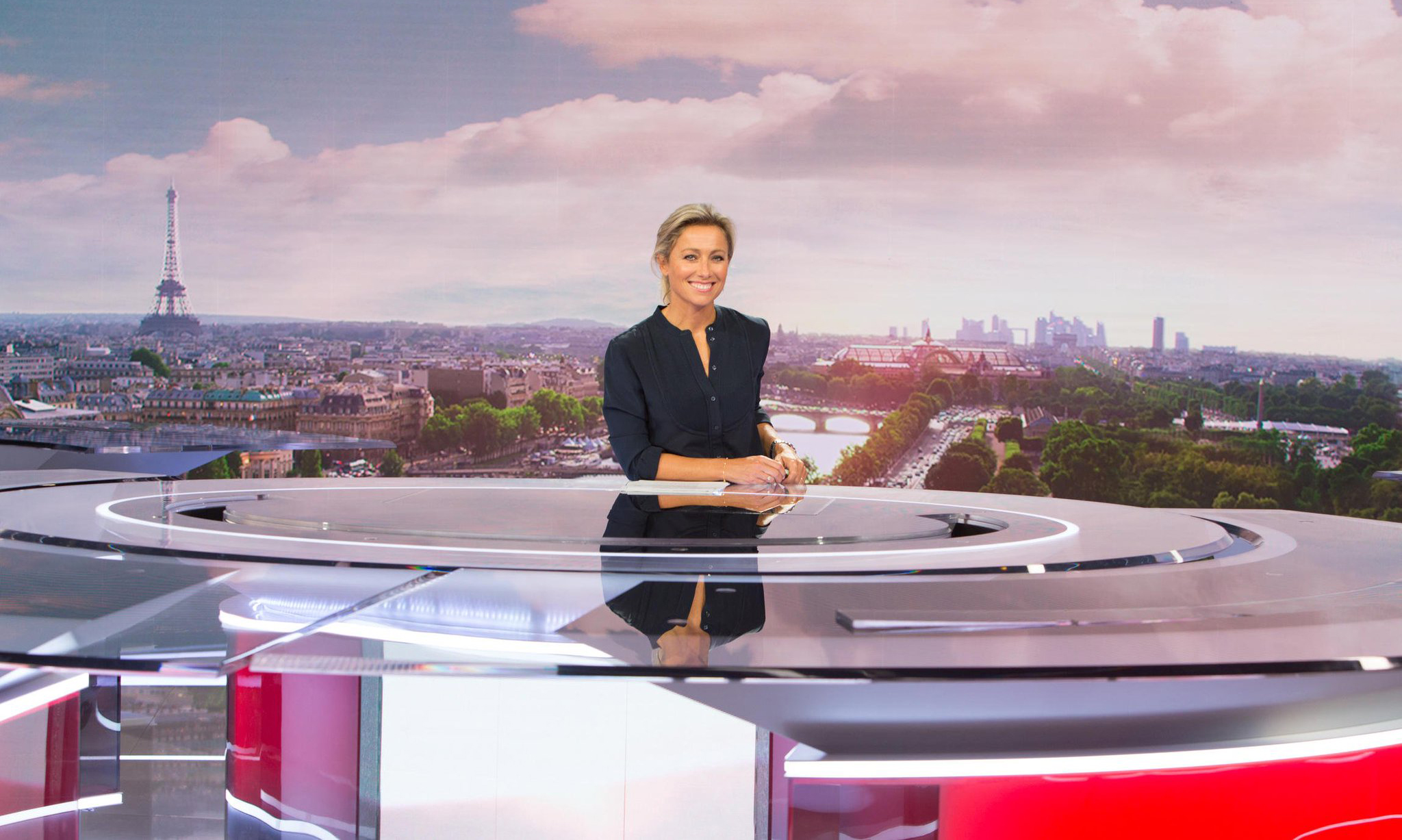 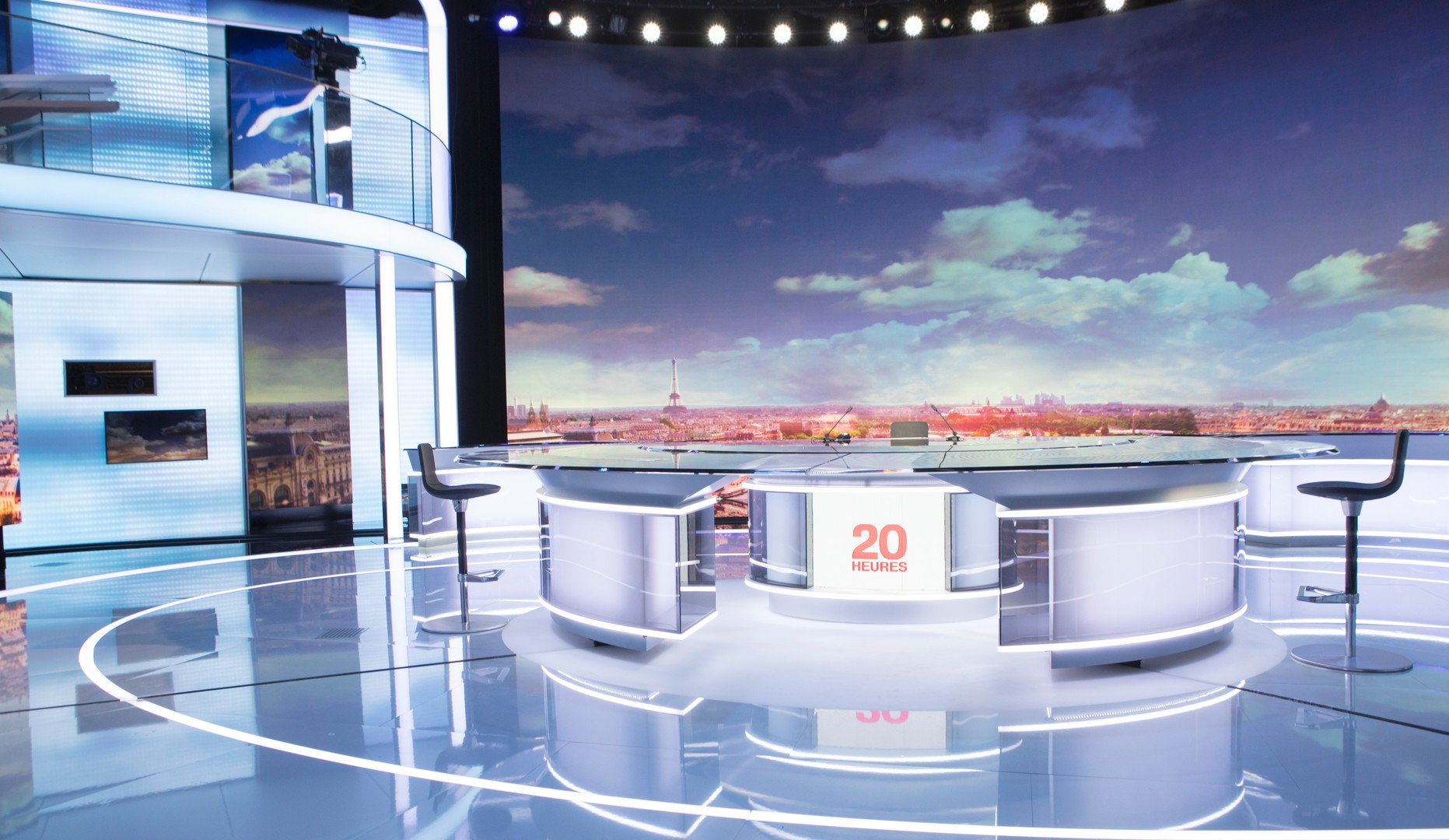 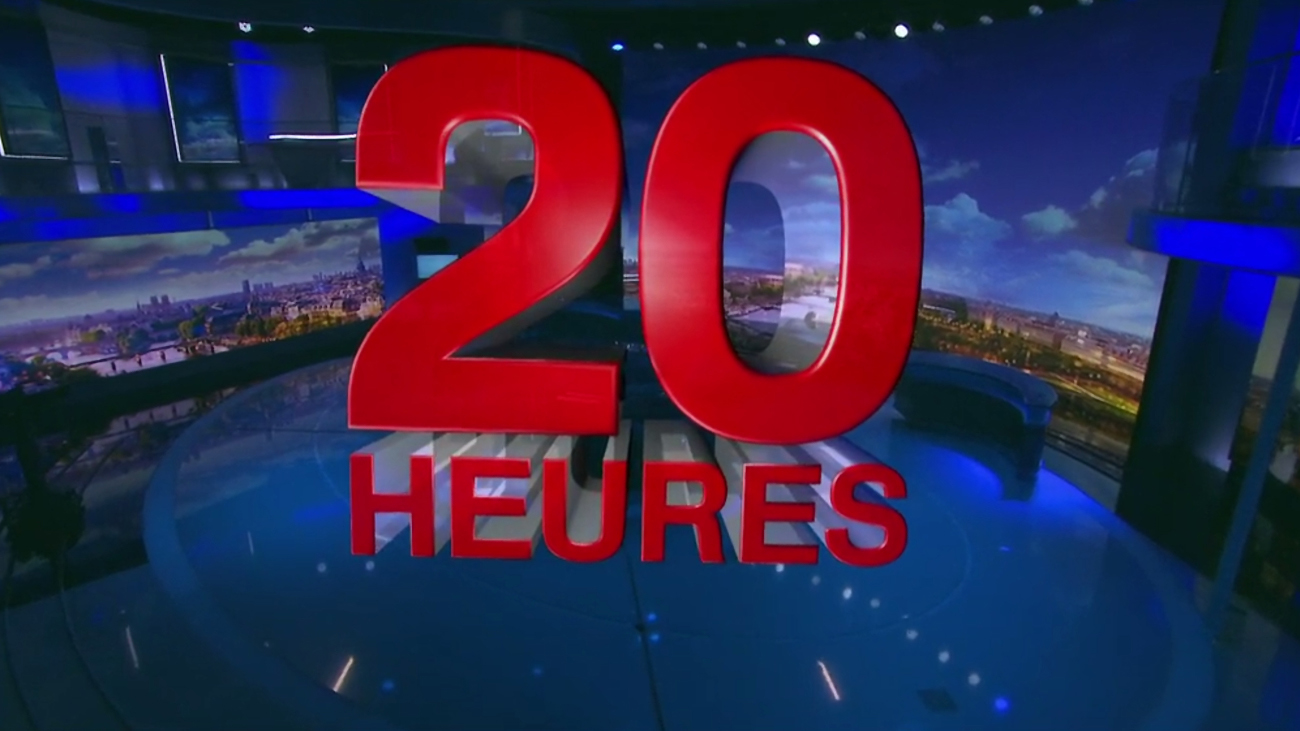 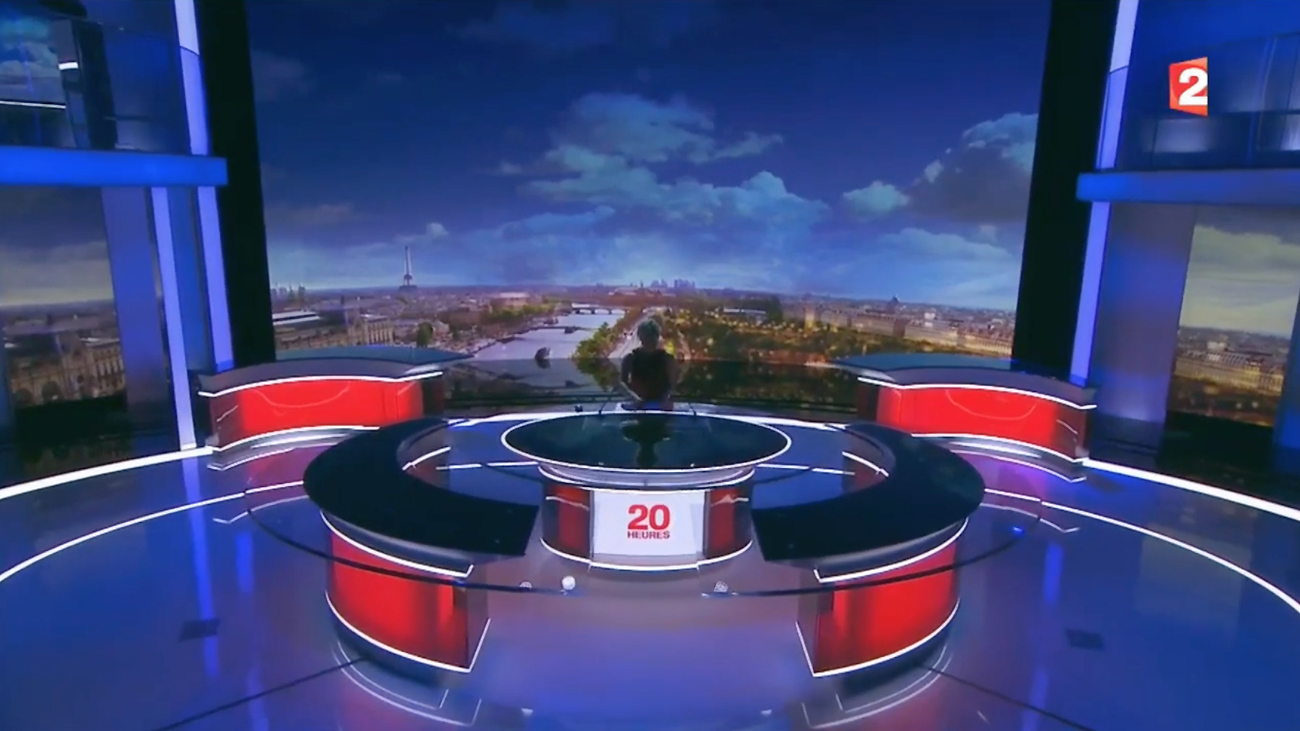 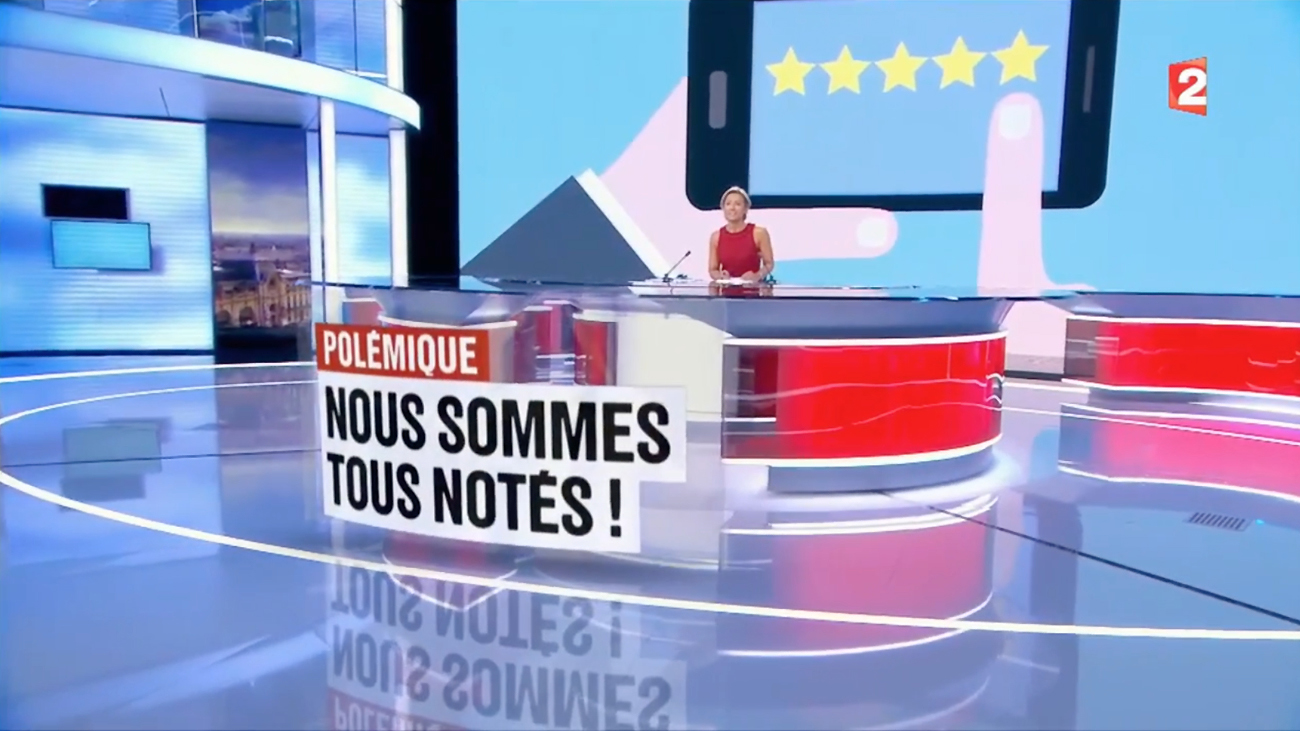 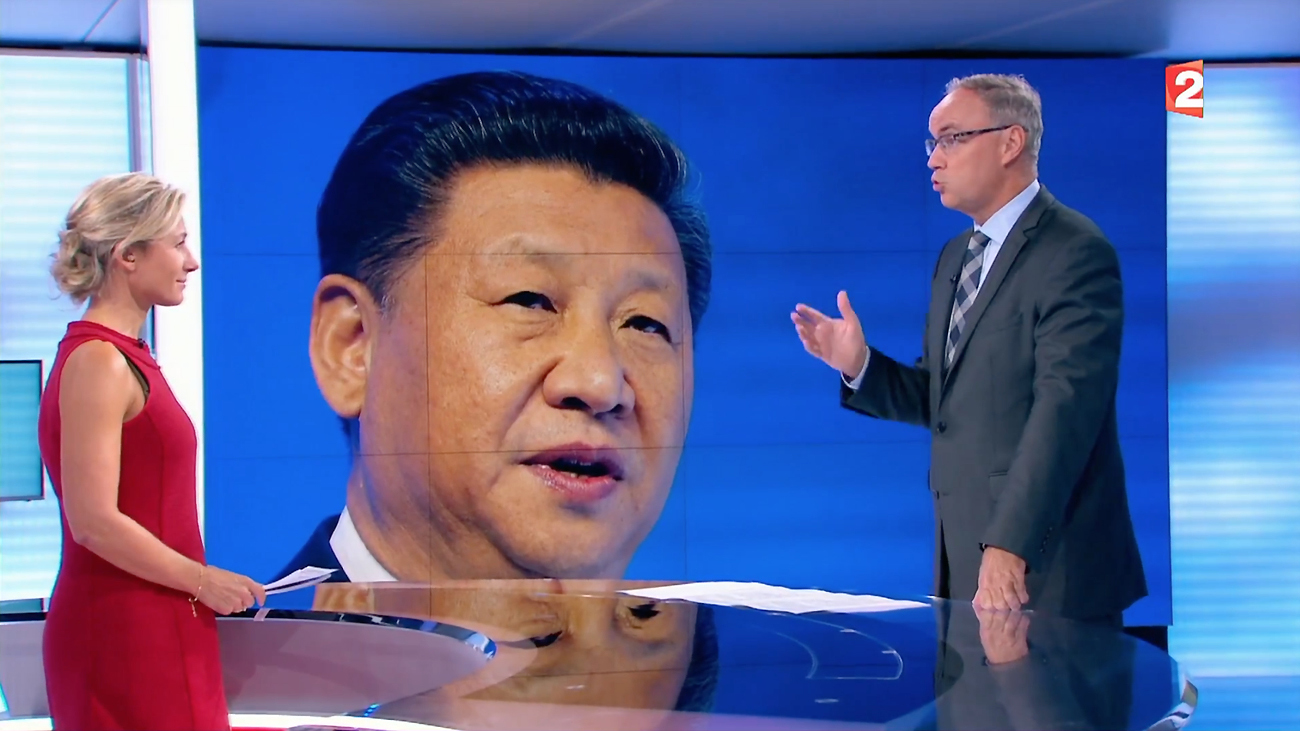 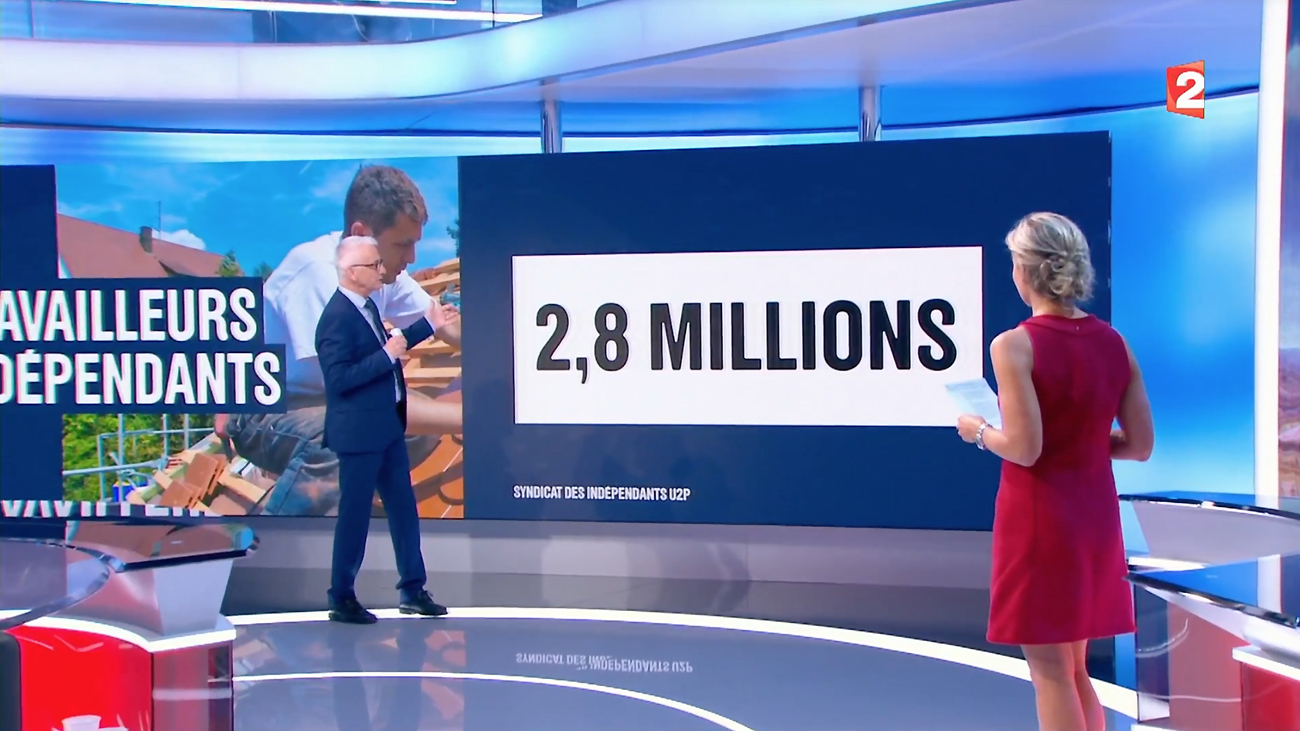 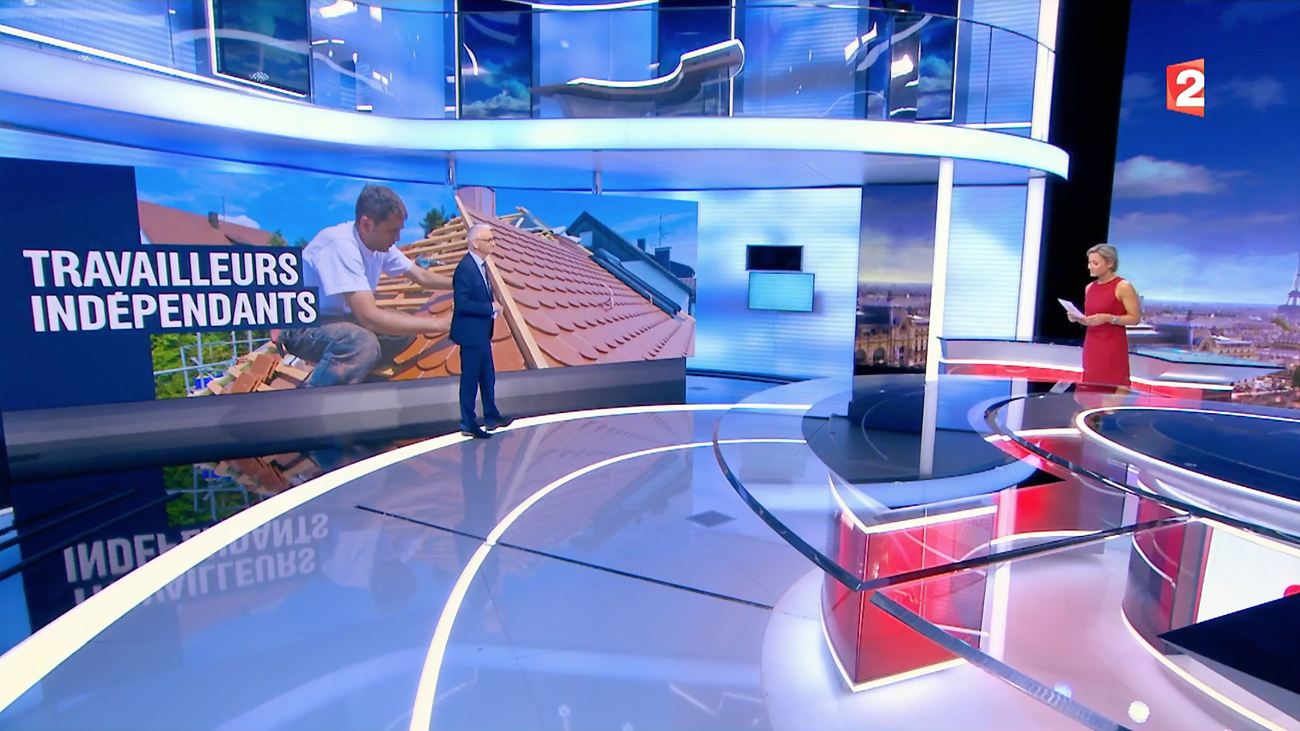 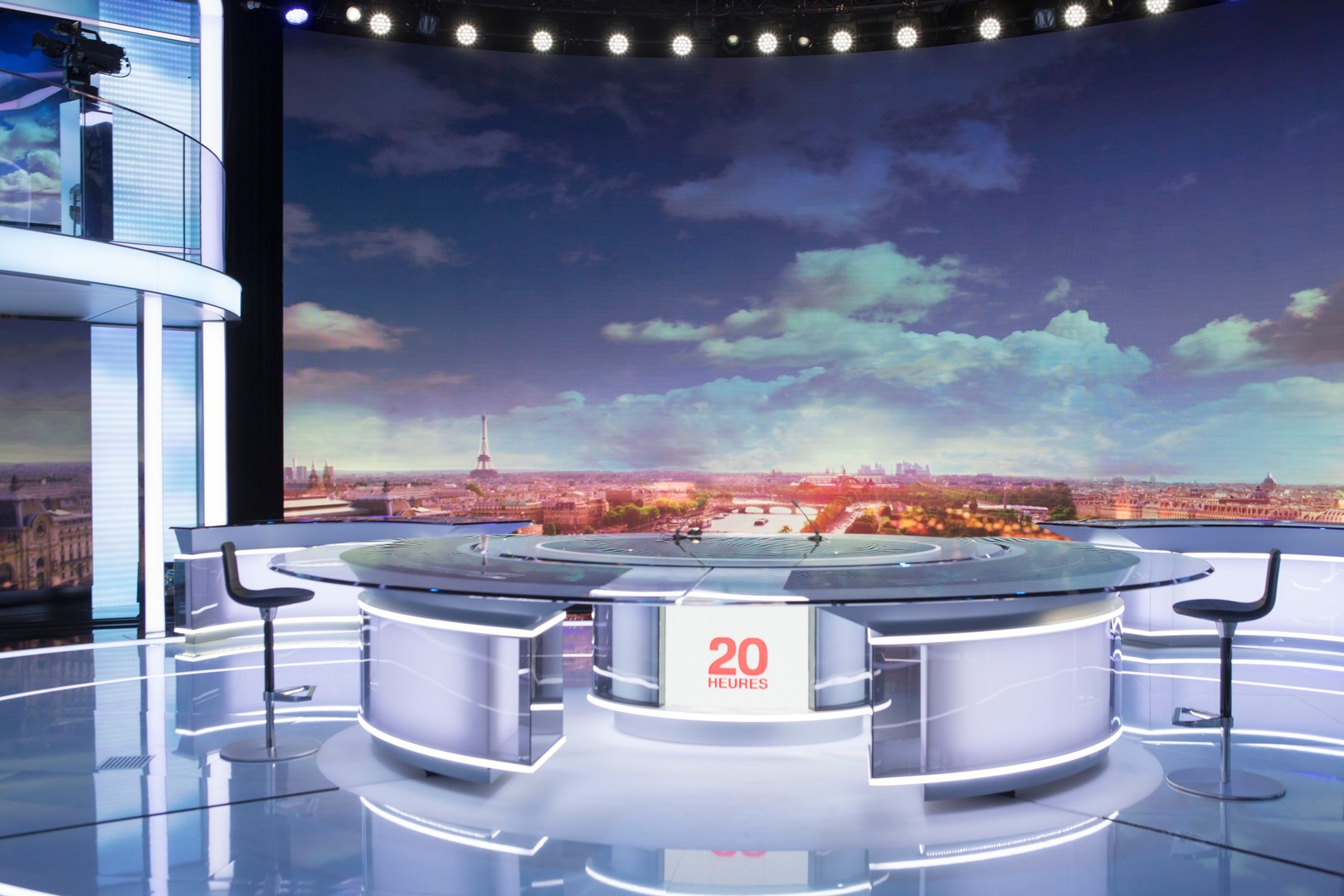 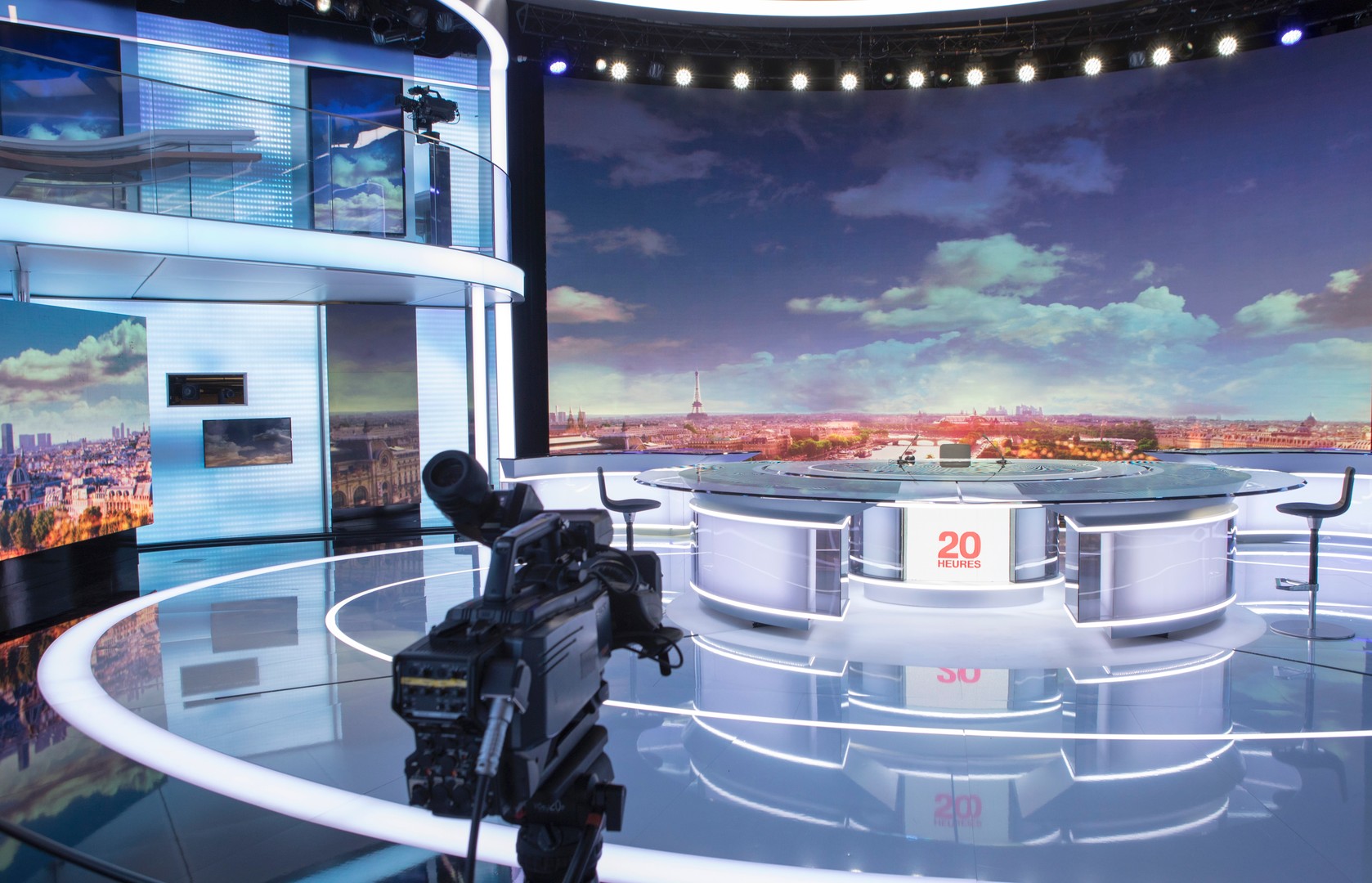 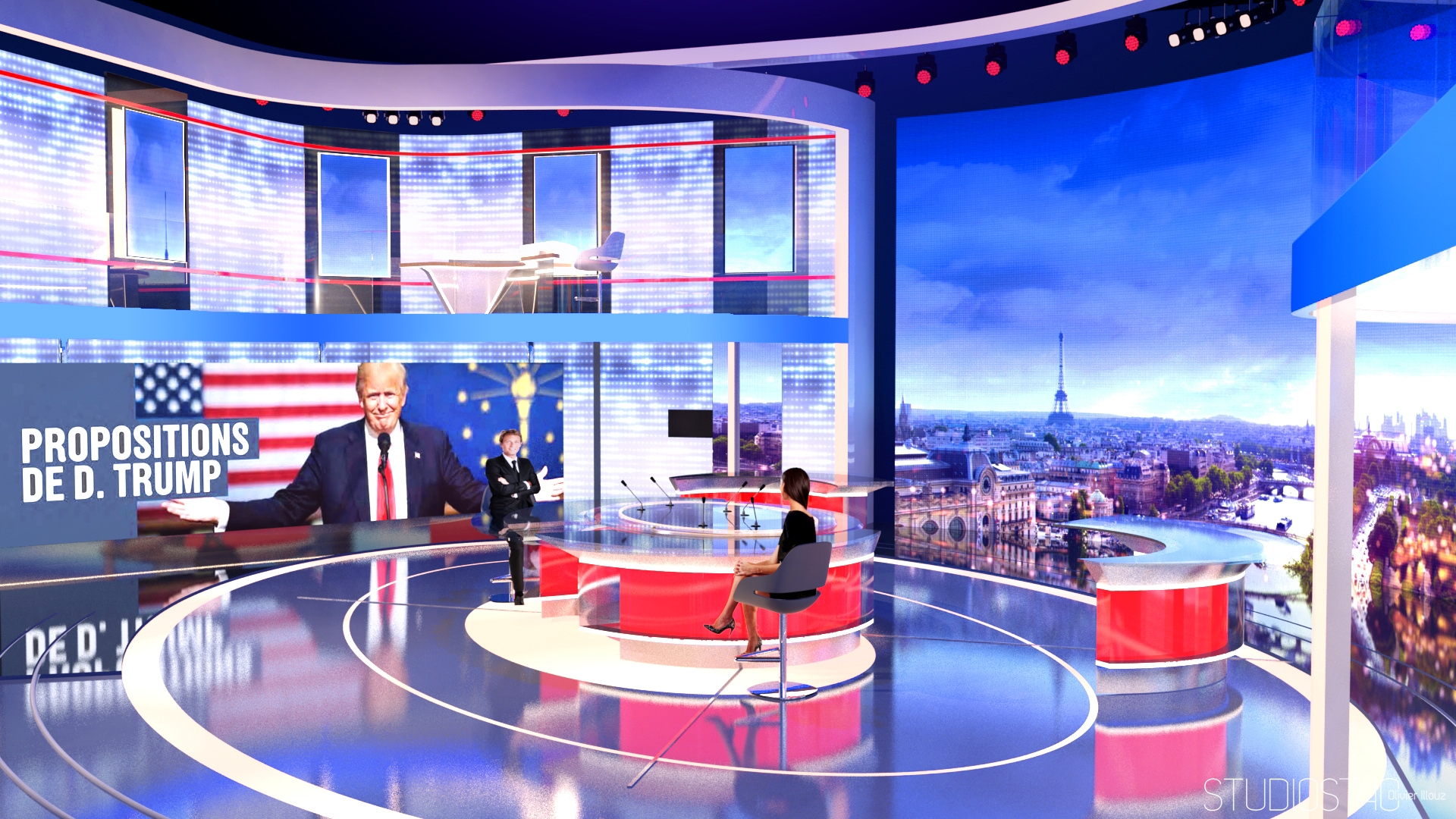 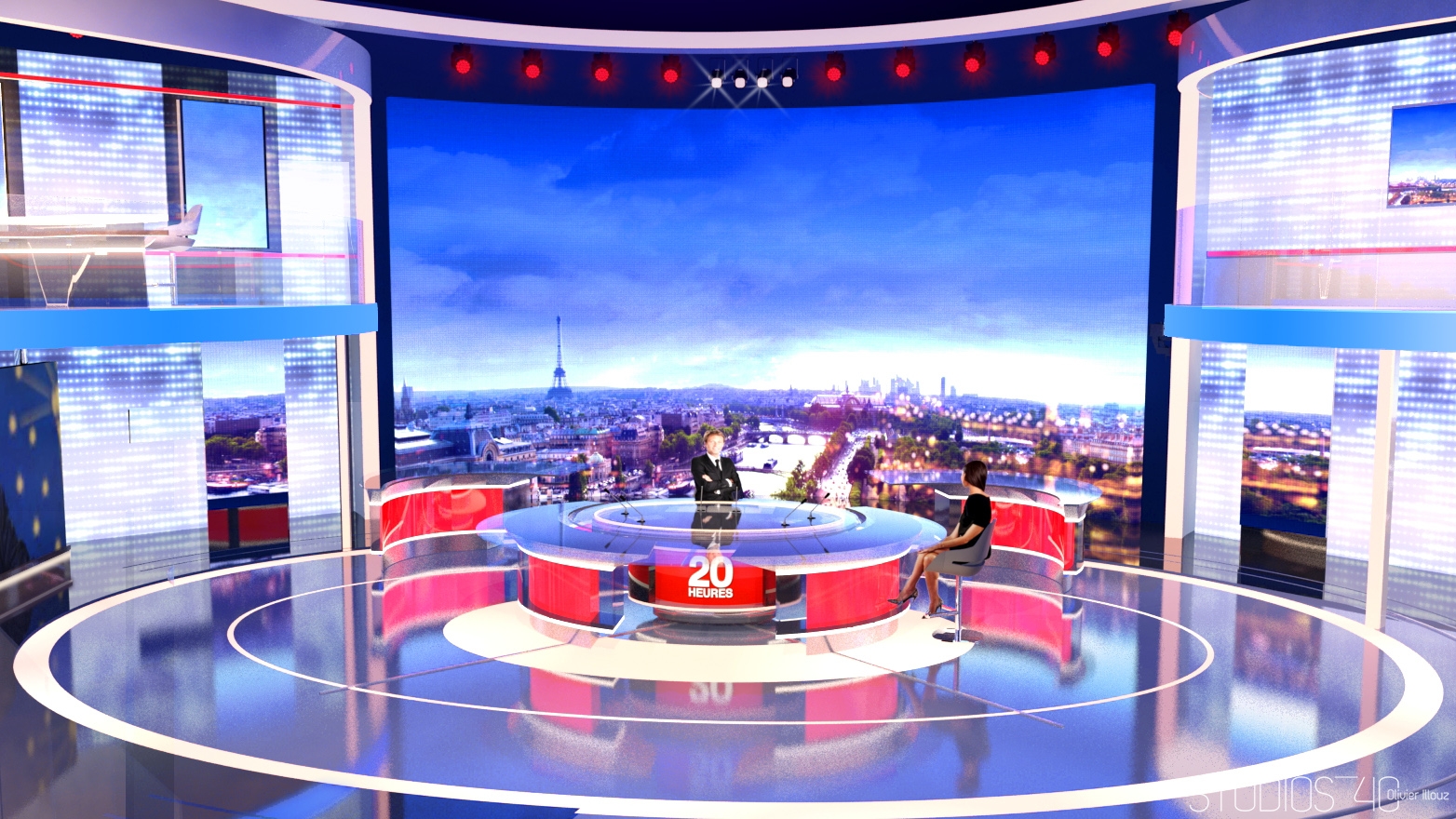 Studio for France 2’s news programming including “Journal de 20 heures” and “Journal de 13 heures”  which debuted in September 2017. Set is located in Studio C at the France Télévisions building in Paris.

The design consists of several modular areas and the main anchor desk with four pieces that can combine or be removed, depending on the usage. Behind the desk is a 10m x 6m LED screen with a view of Paris.