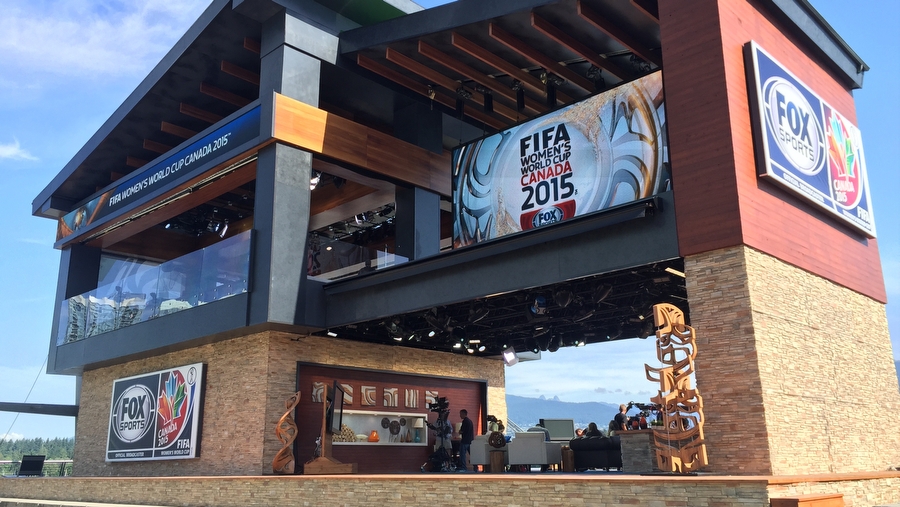 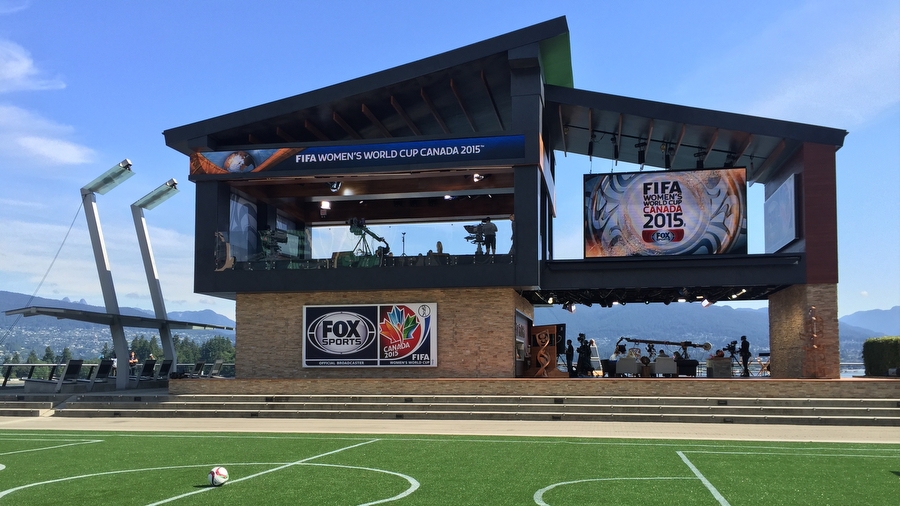 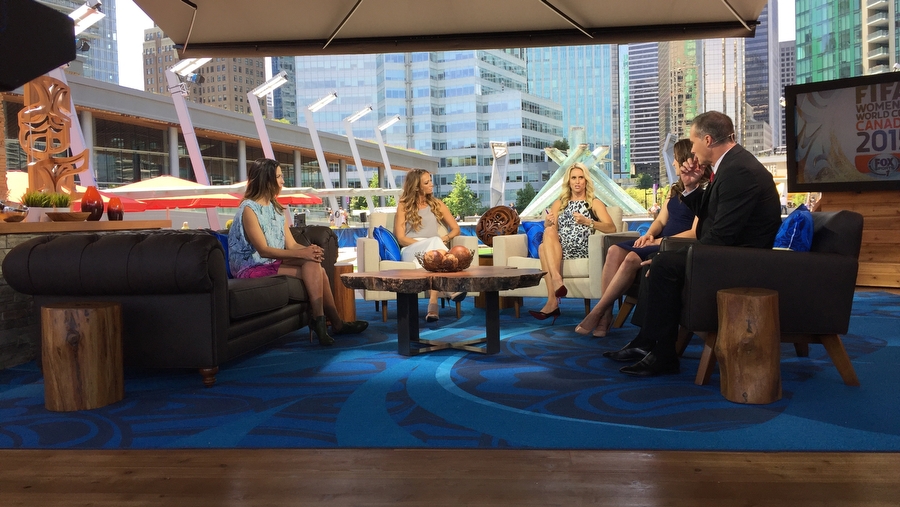 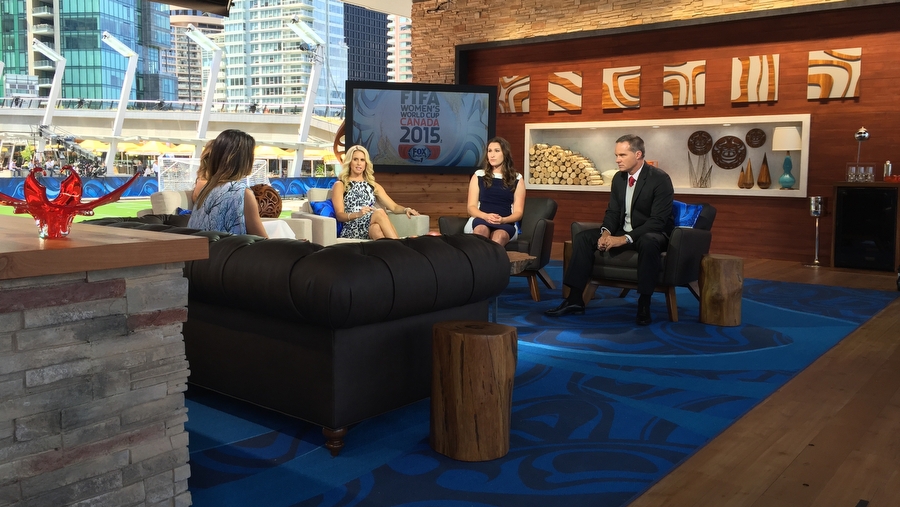 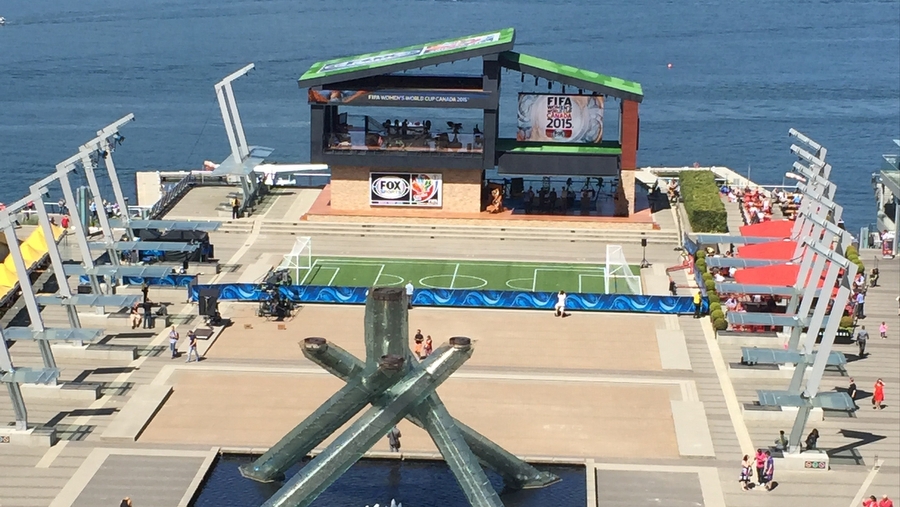 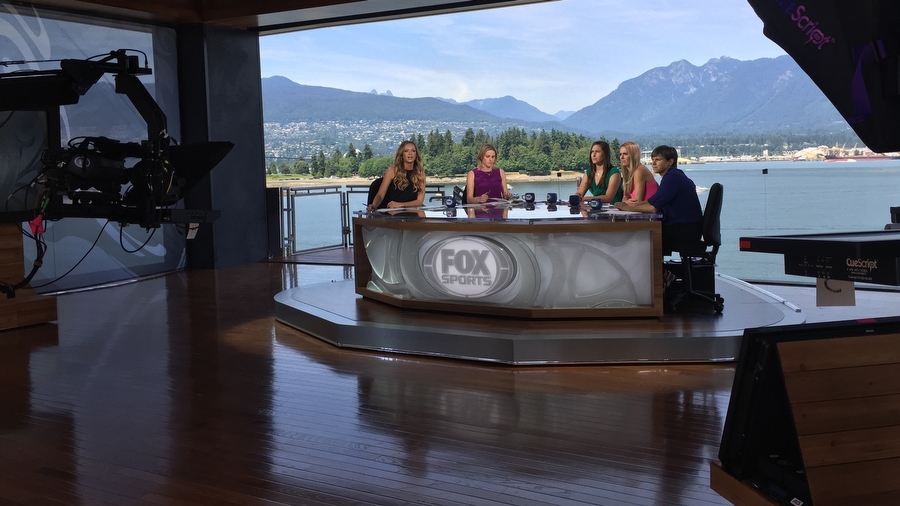 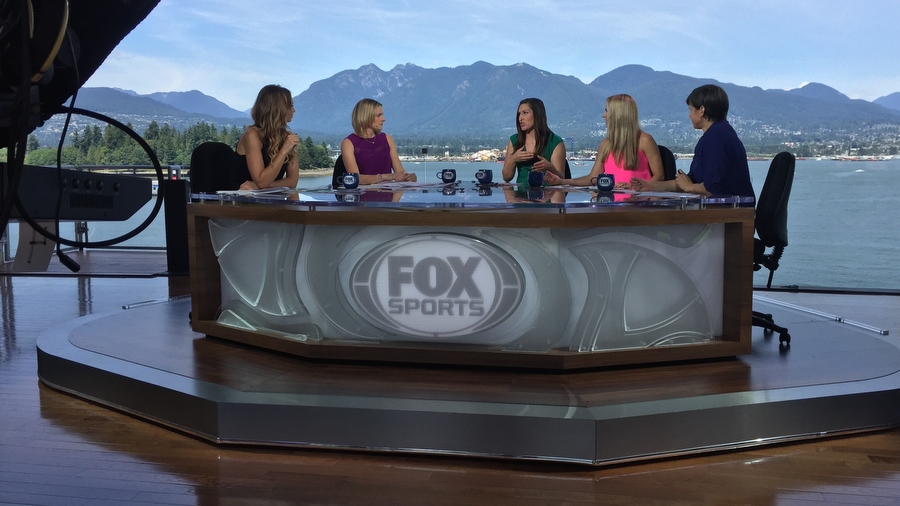 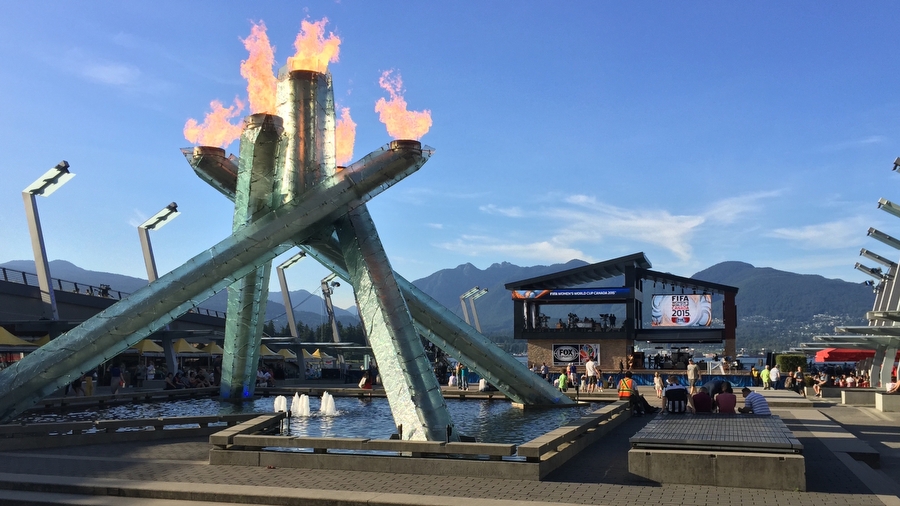 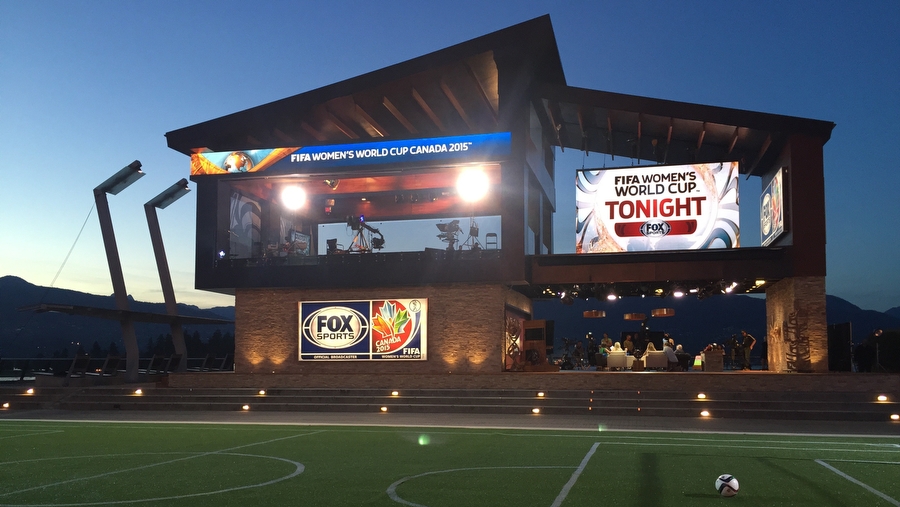 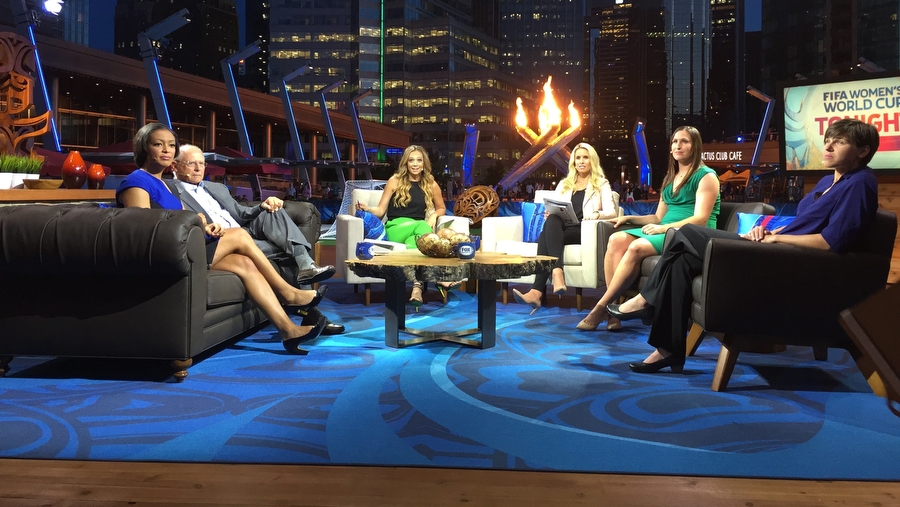 The open-air, bi-level media and broadcast headquarters combining the modern architectural persona of Vancouver with the rich landscape of the region and the international community connected to the Women’s World Cup was completed on June 4.

The structure houses offices, a control room, a green room and a flexible set with changeable backdrops for daytime and evening broadcasts. A small soccer field was built in front of the broadcast studio which allows on-air analysts to demonstrate game tactics. A large 6.4- by 3.4-metre high-resolution screen is designed into the building’s exterior and shows live World Cup game action directly to the plaza.