This studio set served as the Fox News Channel’s 2012 Election HQ. It is also the daily home of “America’s Newsroom,” “Hannity” and “America Live.”

It features a 103 inch touchscreen monitor, a large LCD video wall and a huge thirty foot wide rear projection screen. There are multiple locations throughout the studio including three anchor desks. The largest desk can seat up to five people and has an eight foot wide video display built into the front. 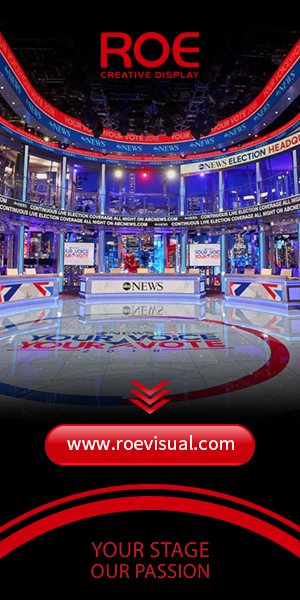