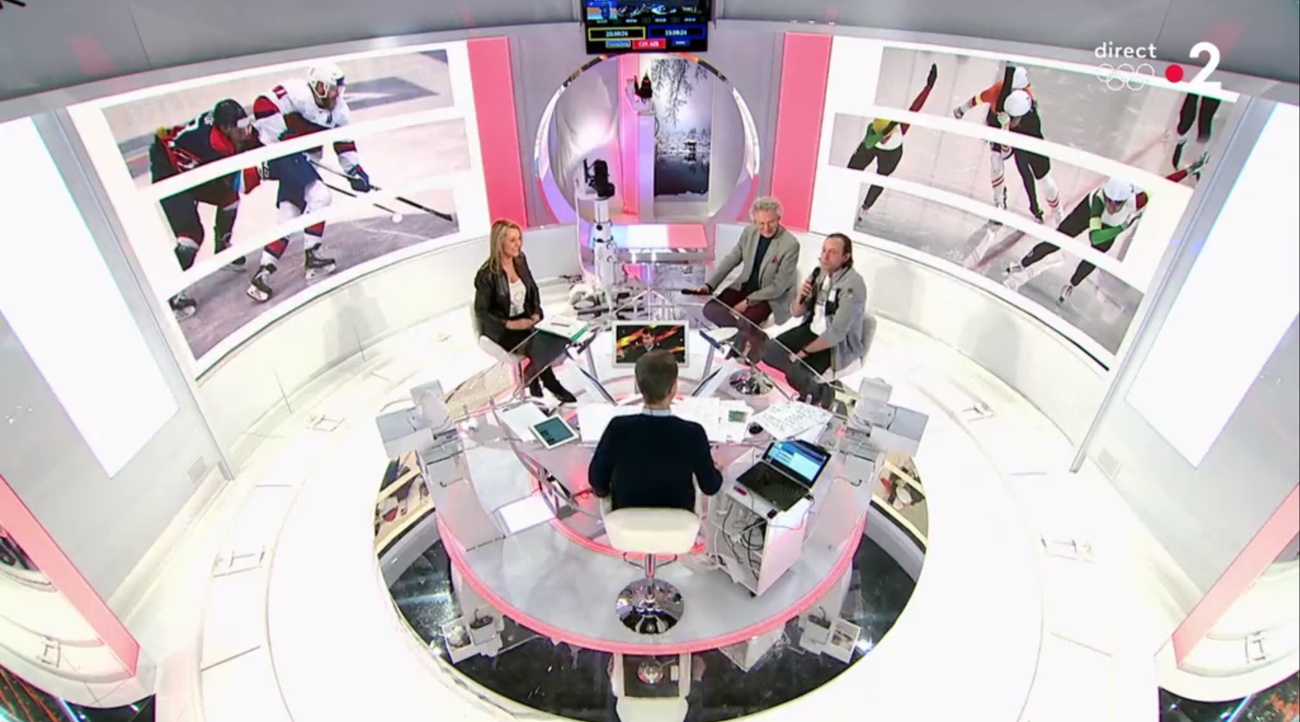 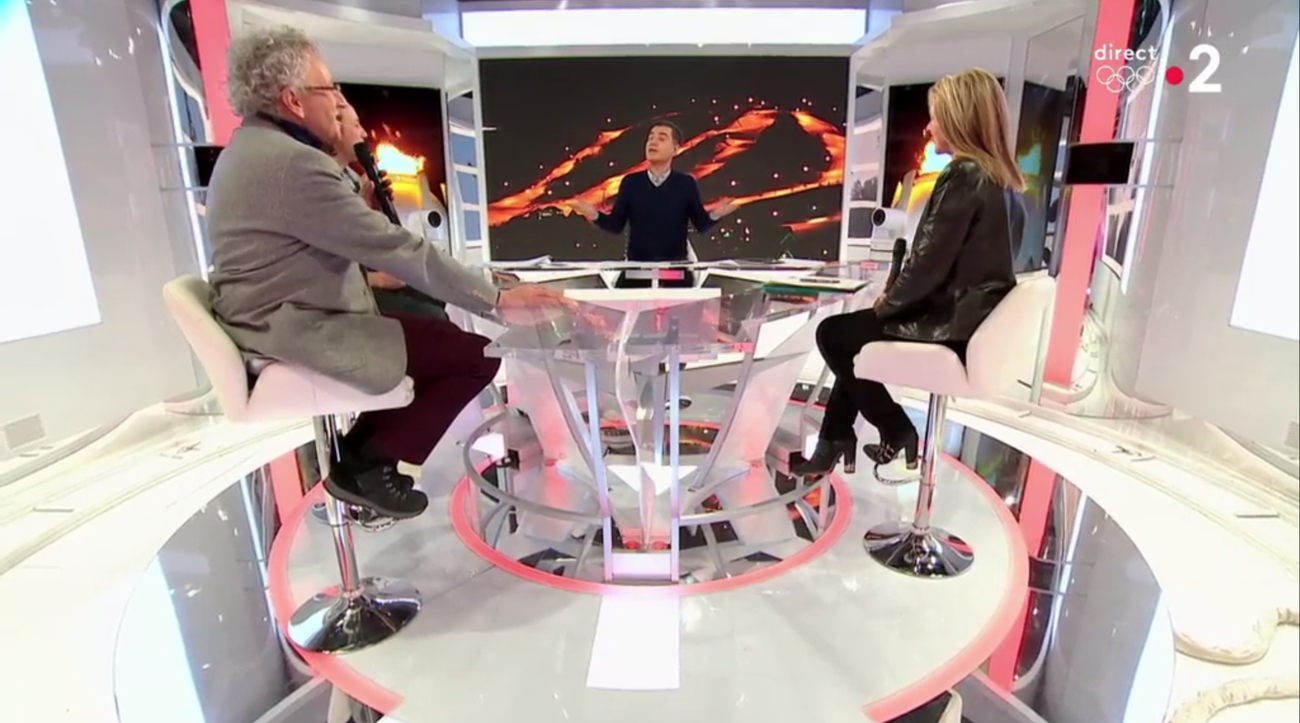 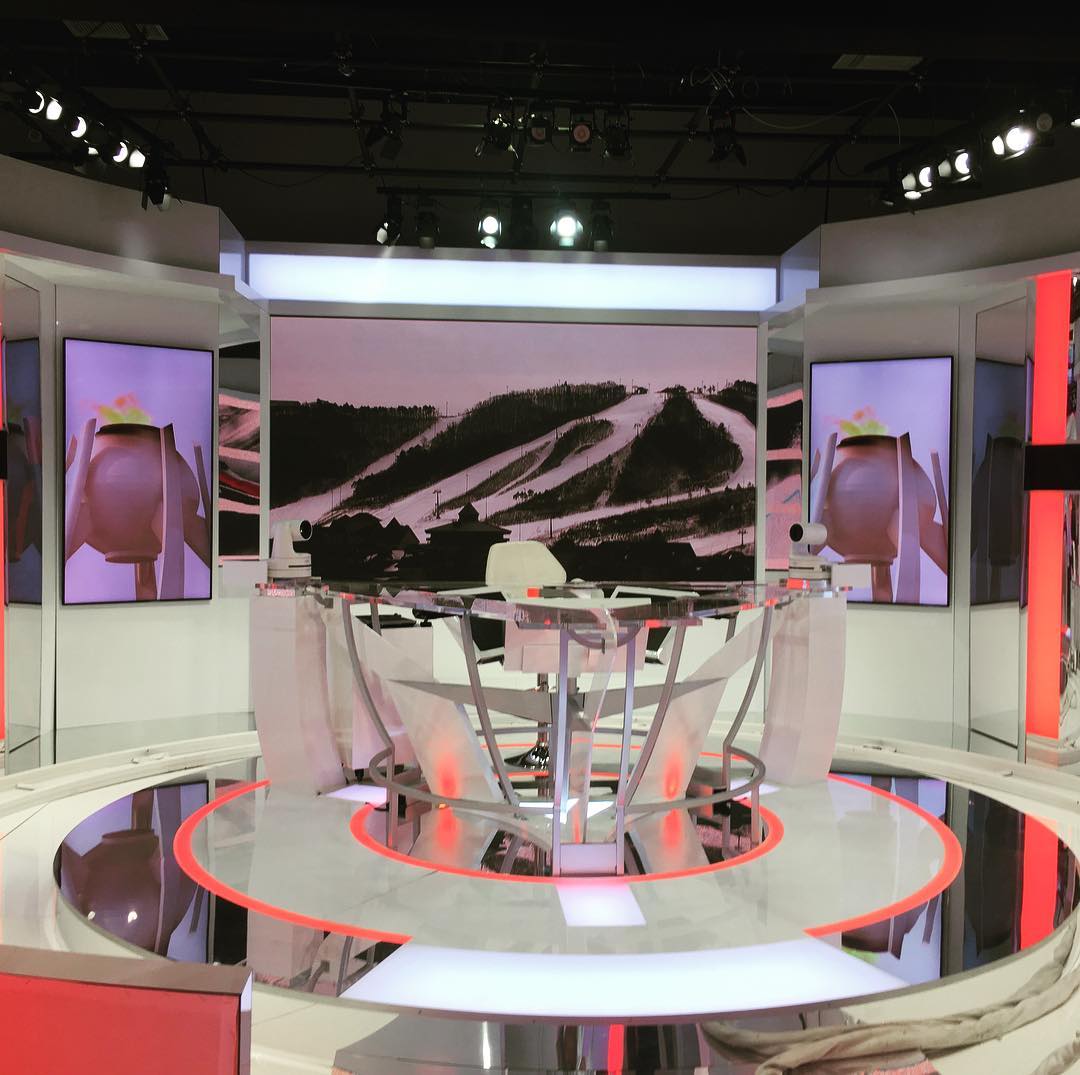 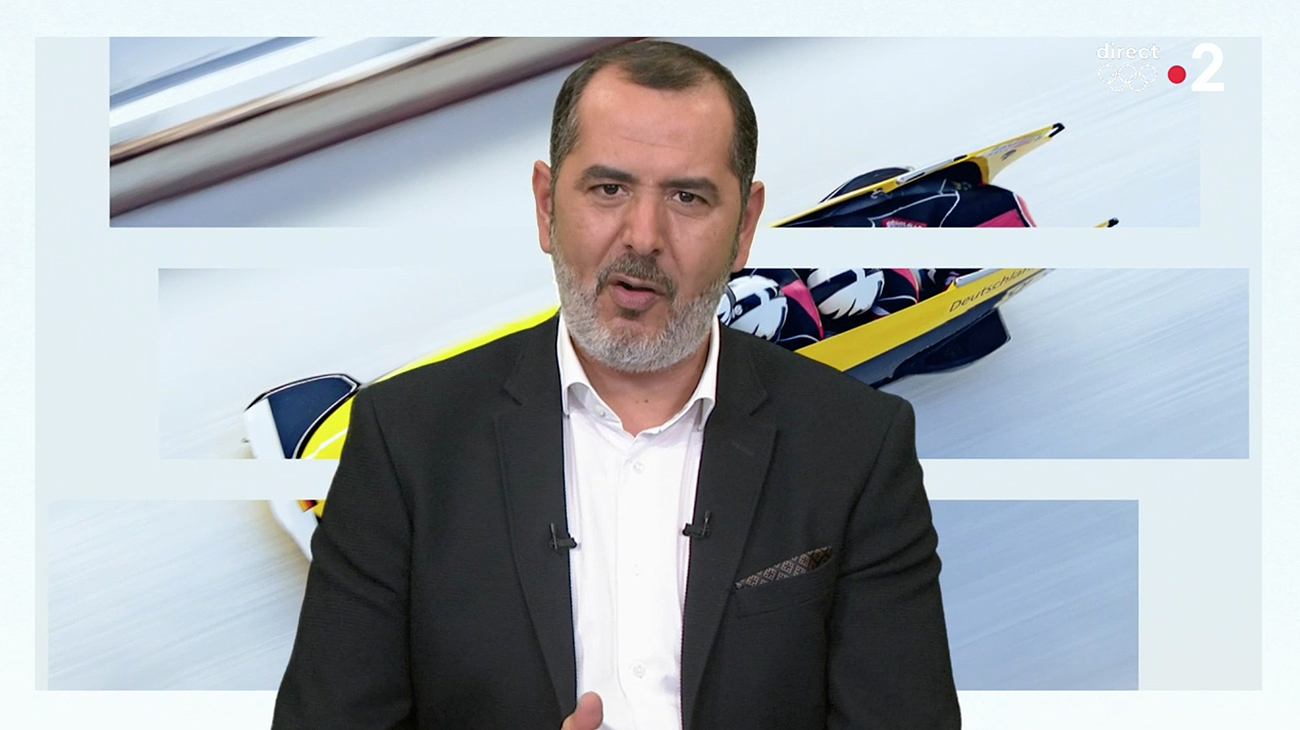 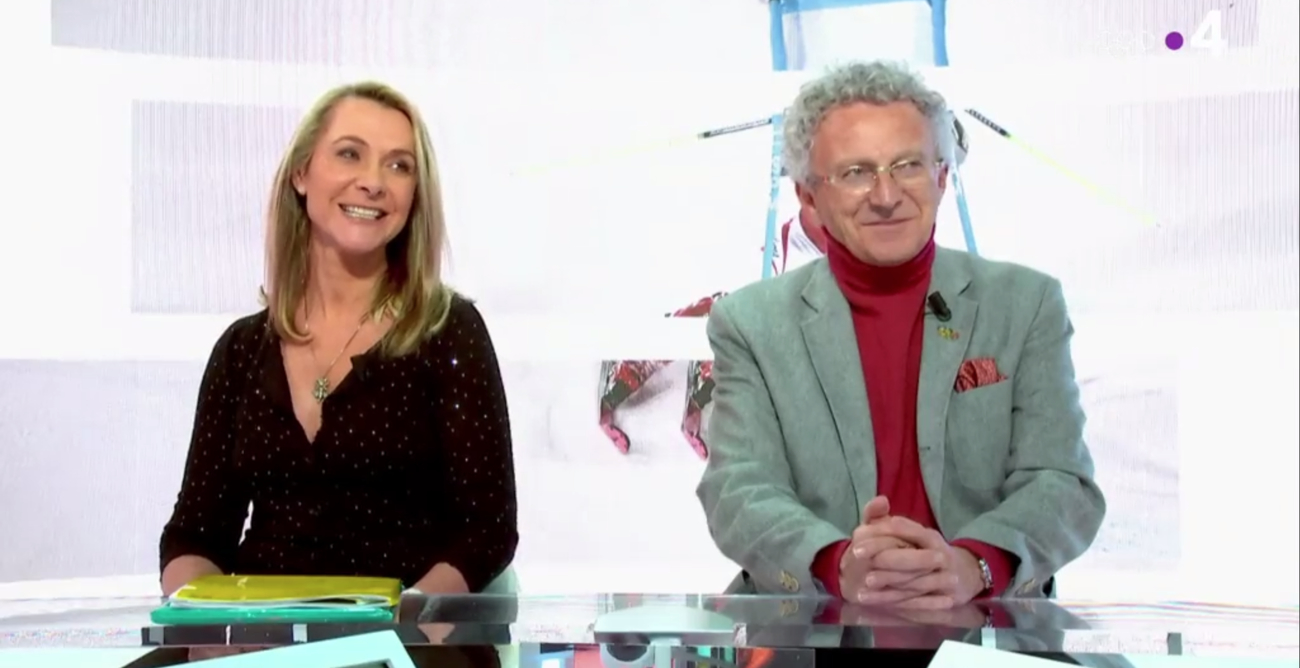 The circular design features a triangular anchor desk at the center, allowing a wide variety of setups, including in-studio panels and guests. LED video walls ring the space, which showcases graphics that mimic the style of the opening sequence with cutouts of live imagery.

To shoot this unique wraparound setup, the space is equipped with robotic Panasonic HE130 PTZ cameras that are integrated into the design itself.