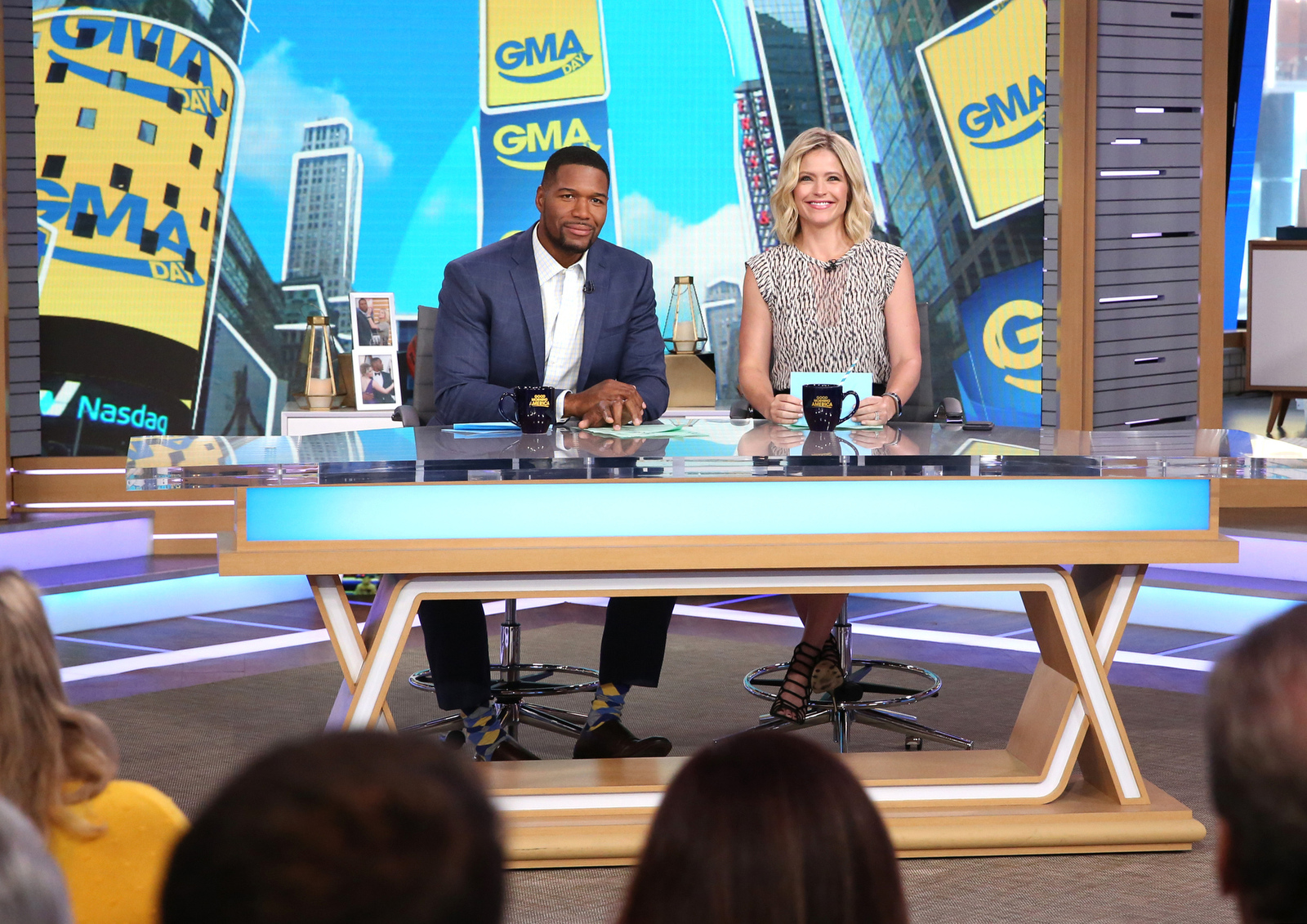 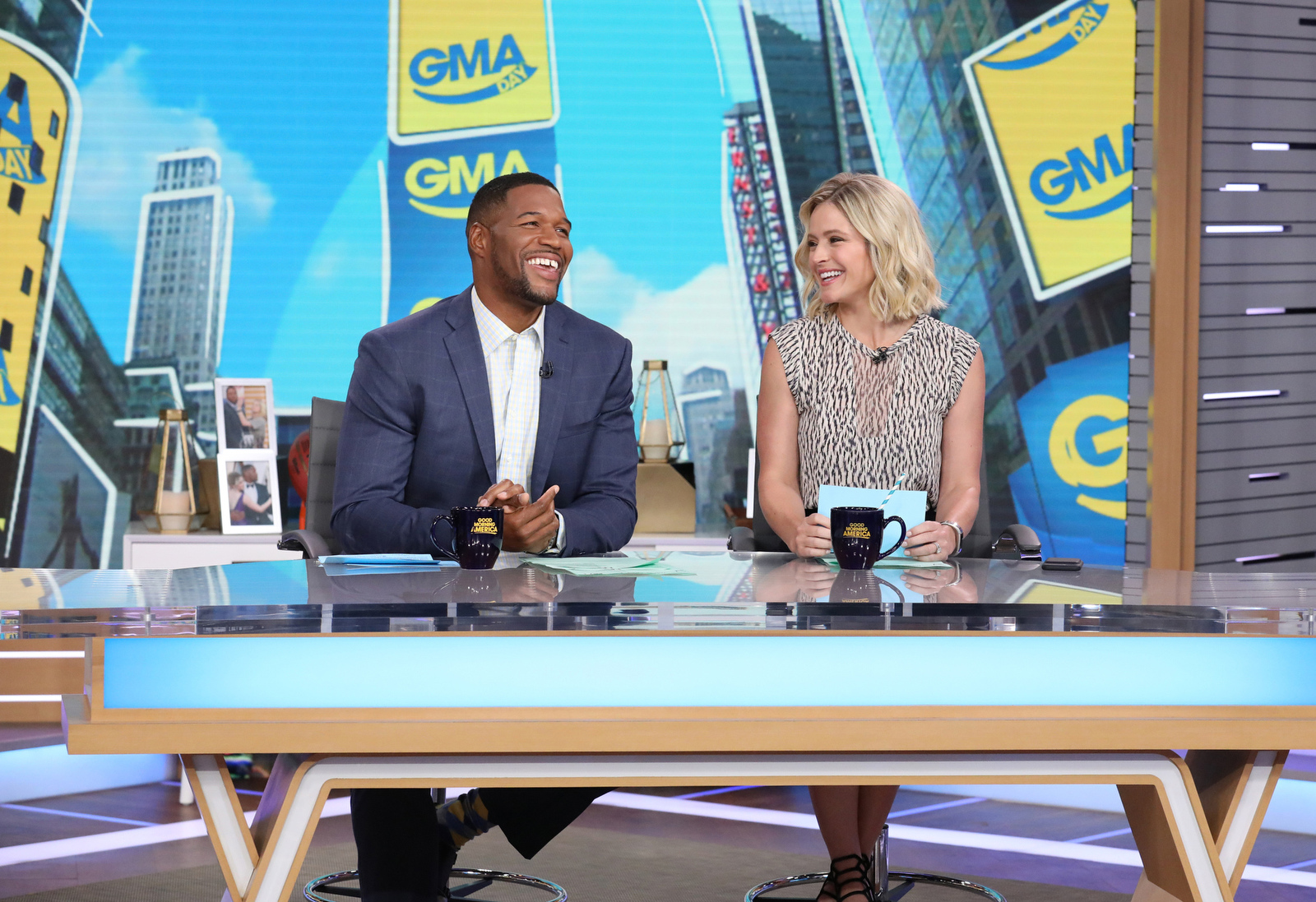 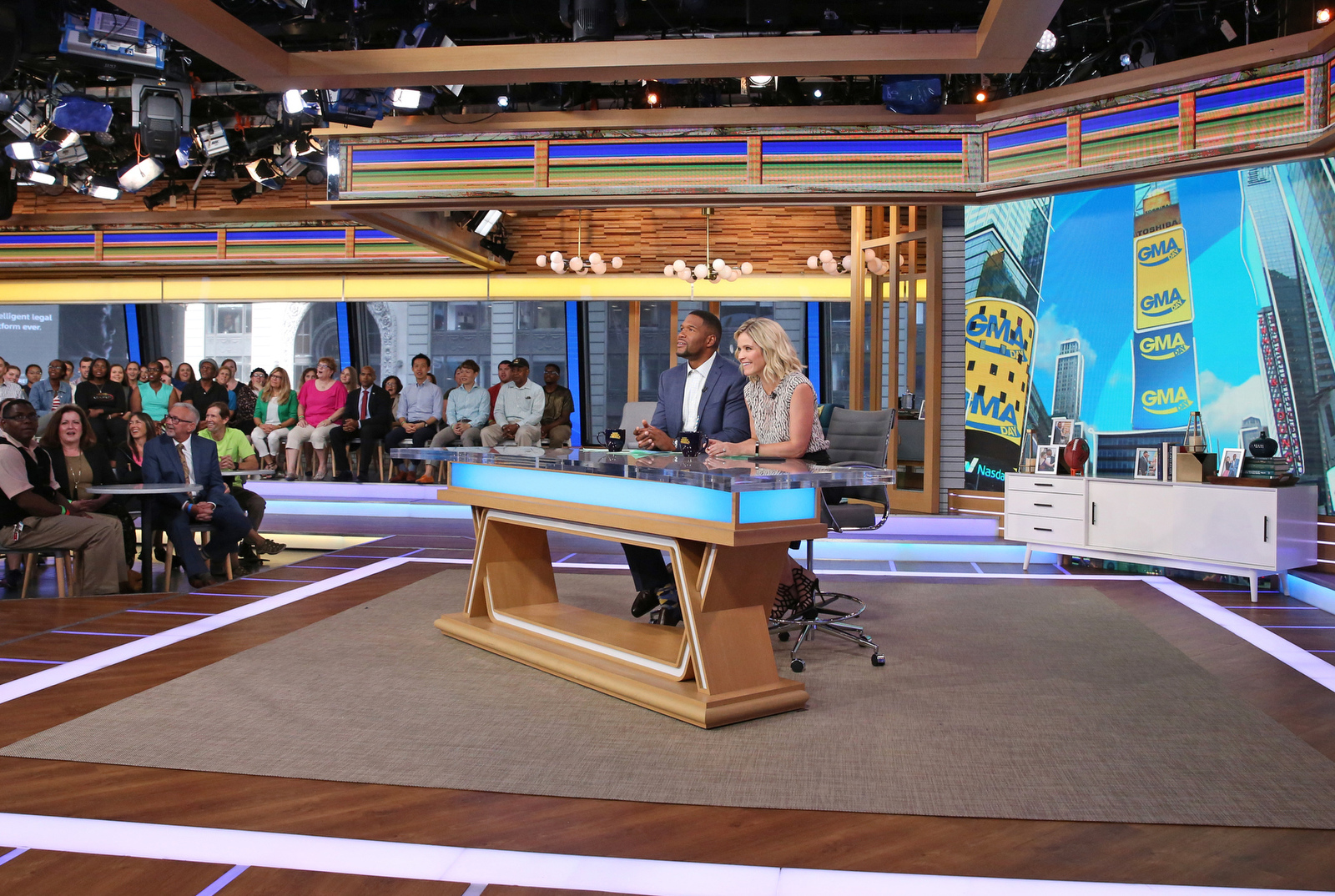 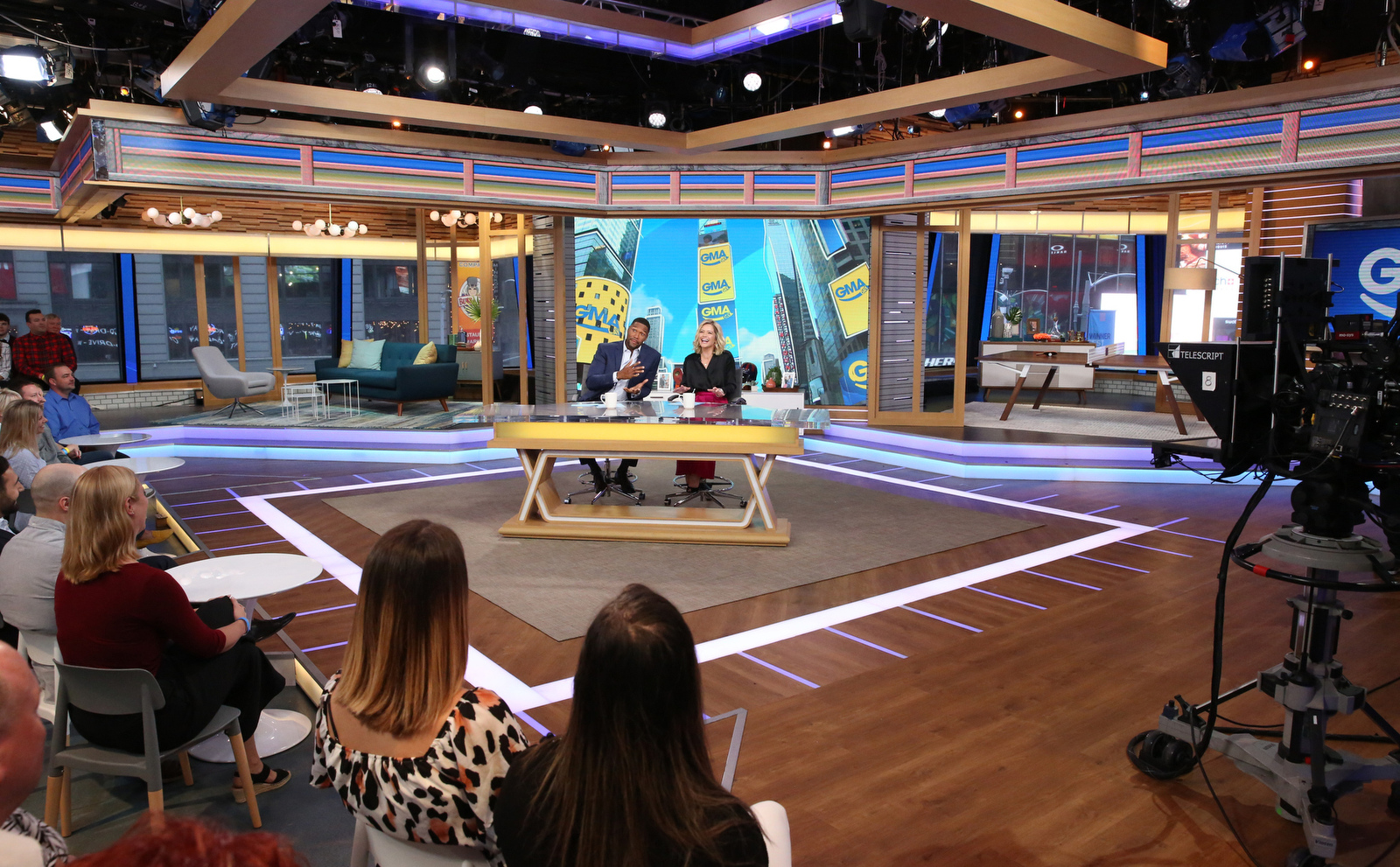 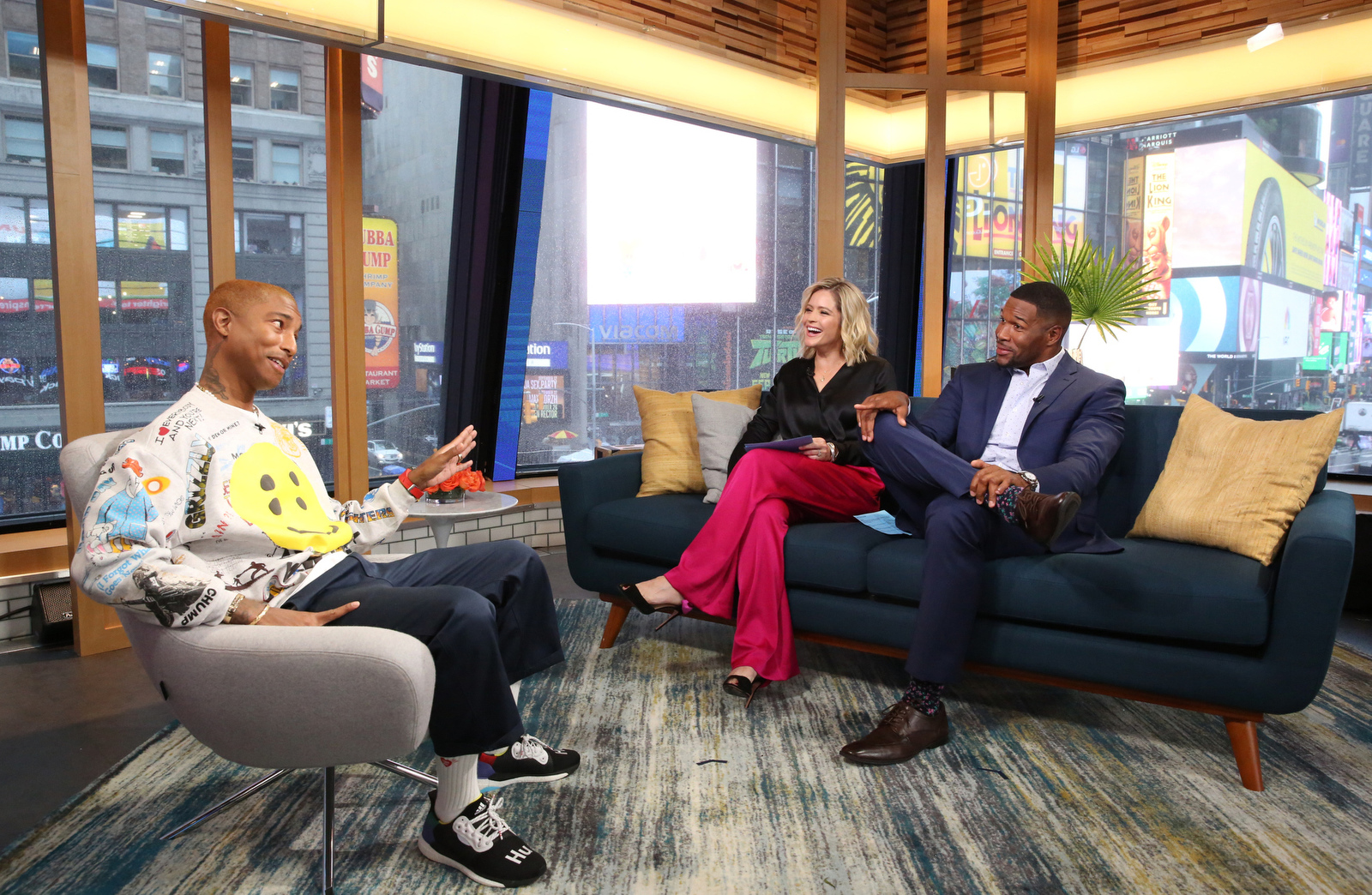 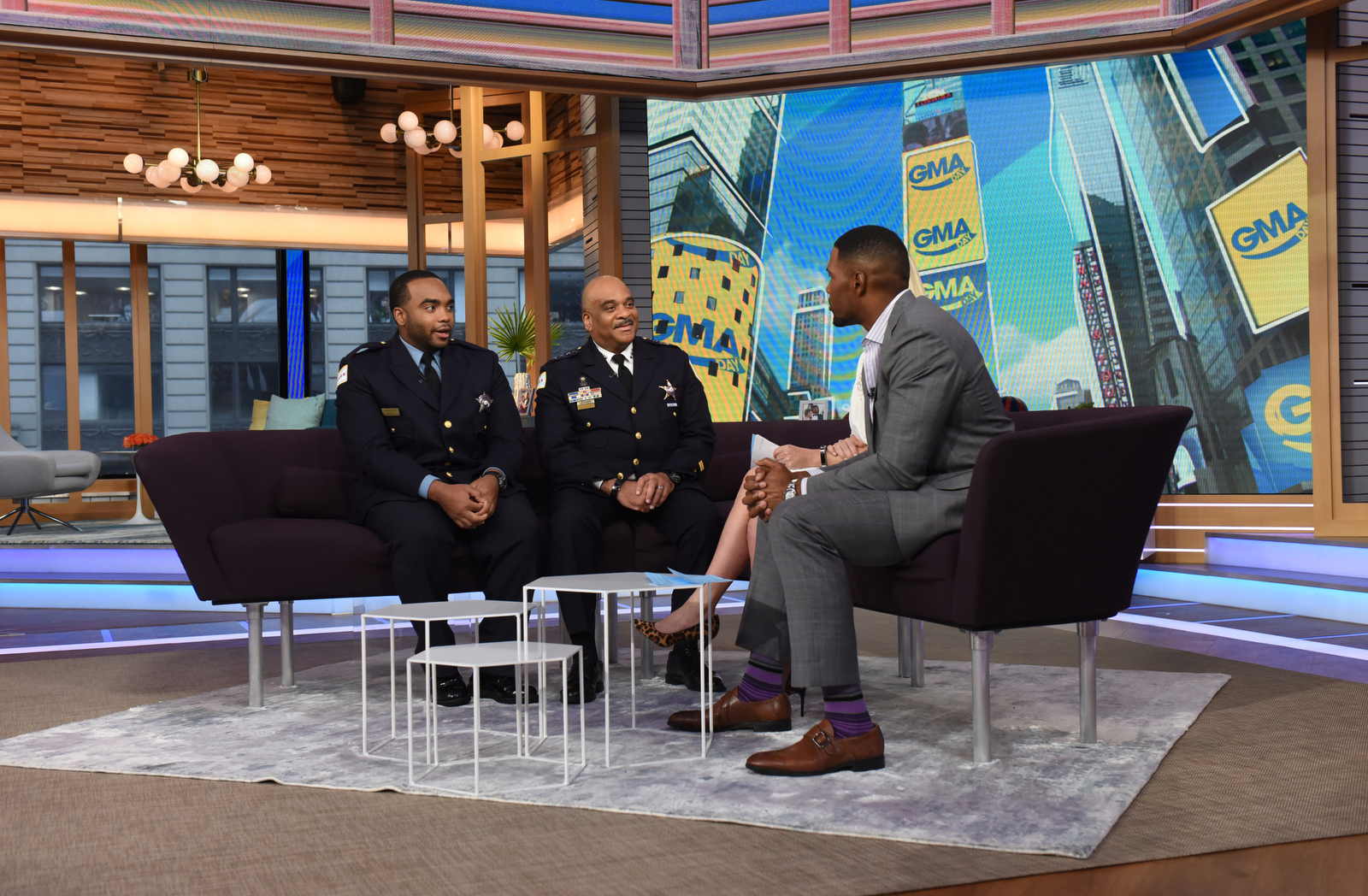 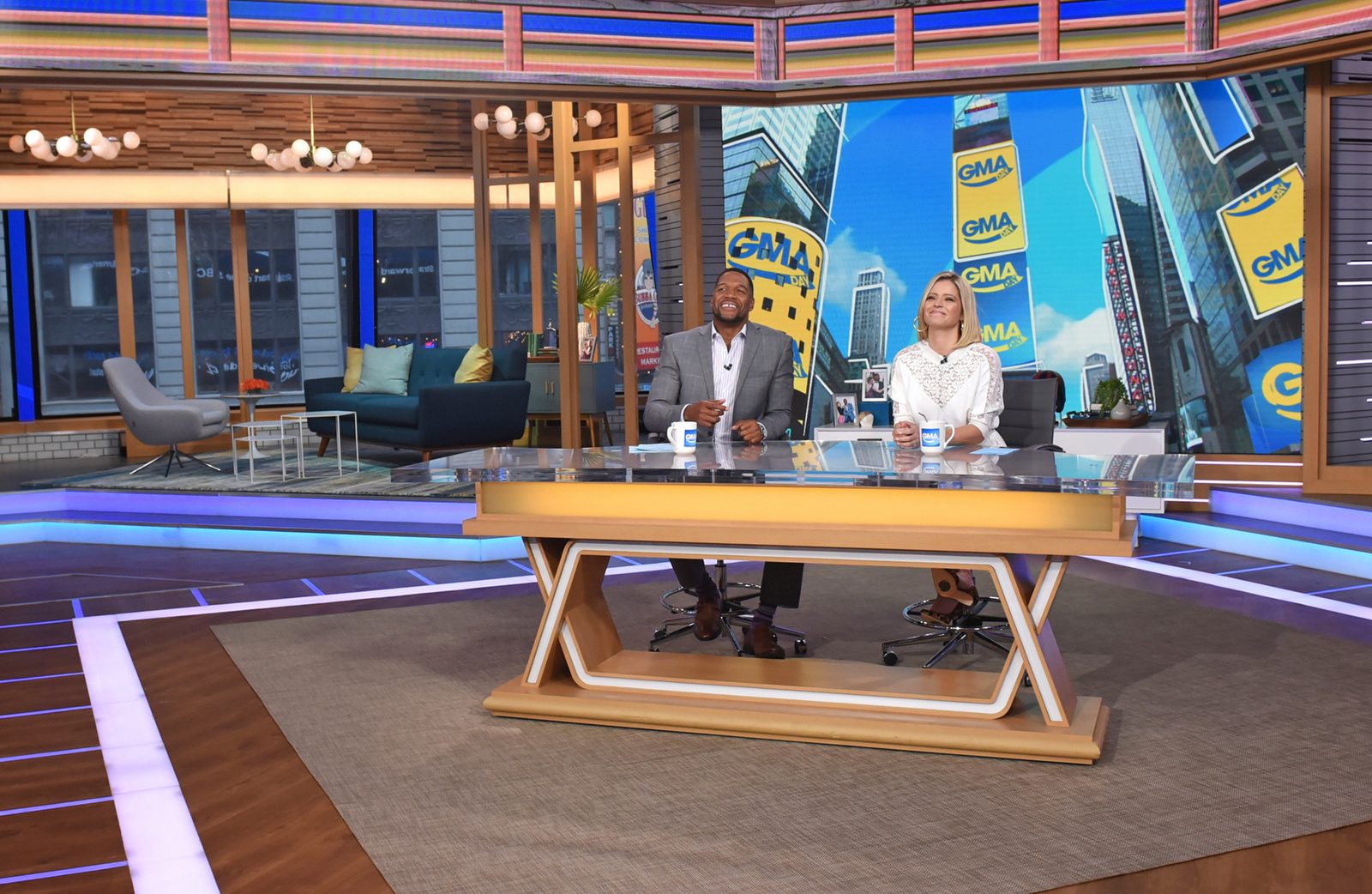 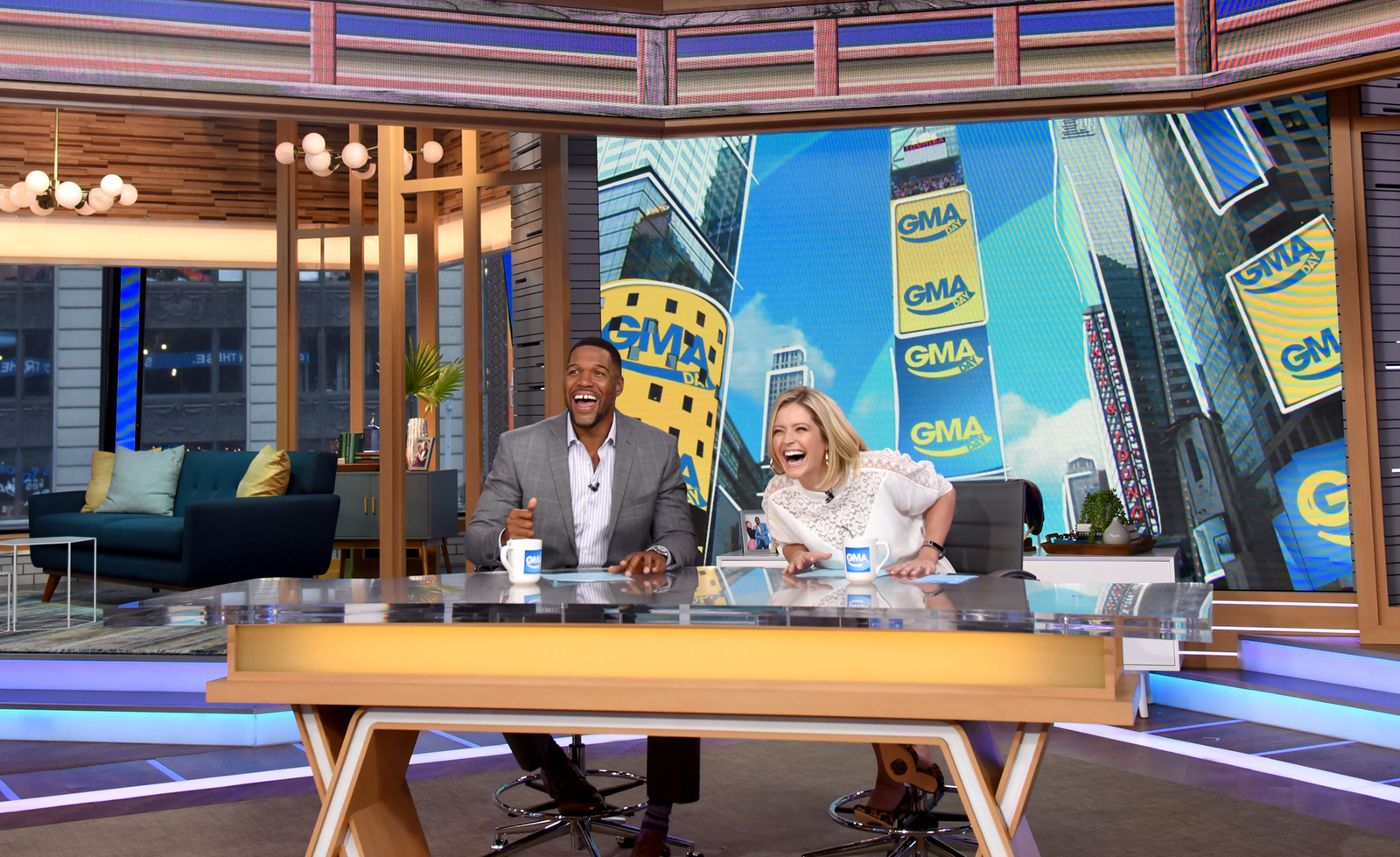 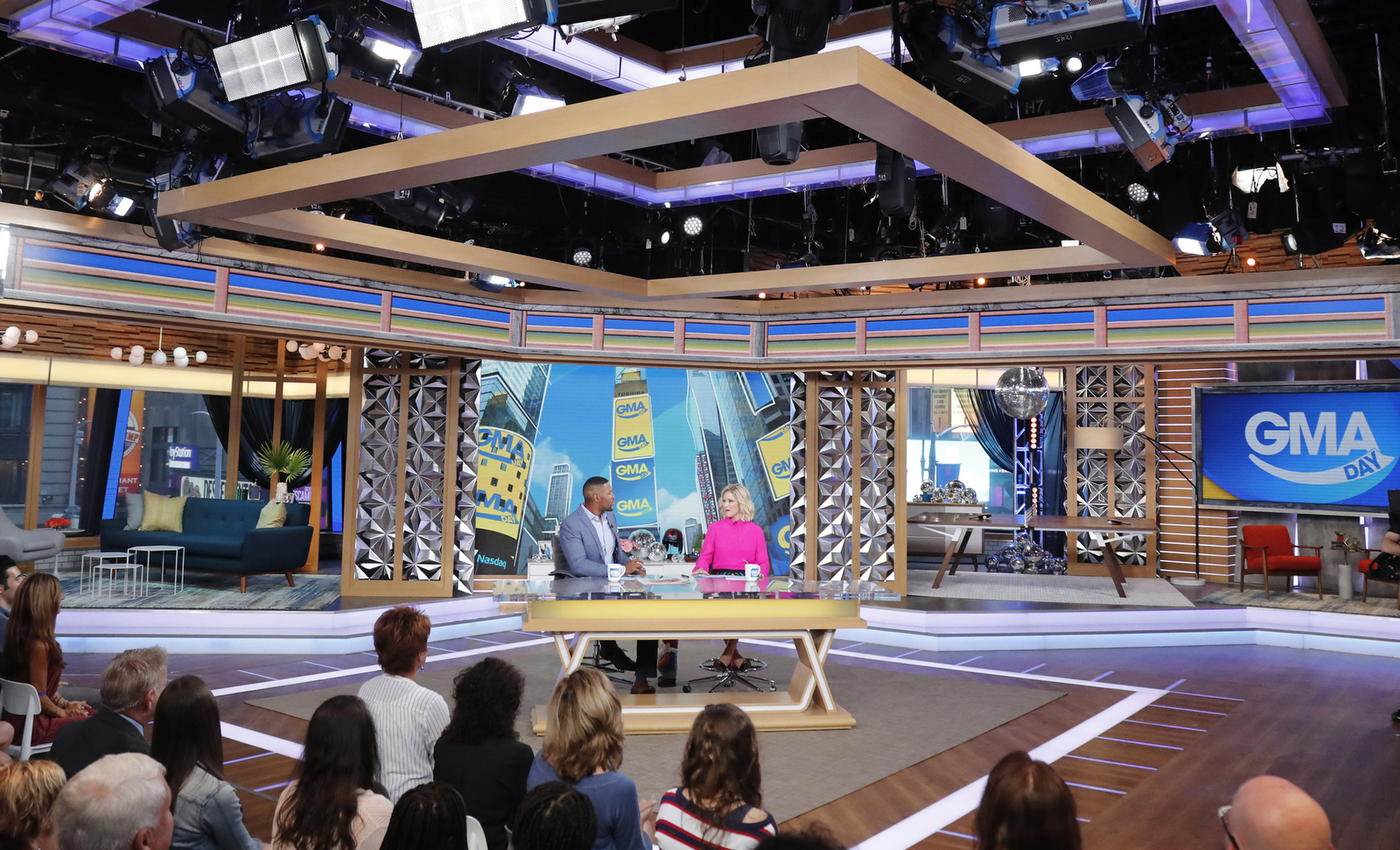 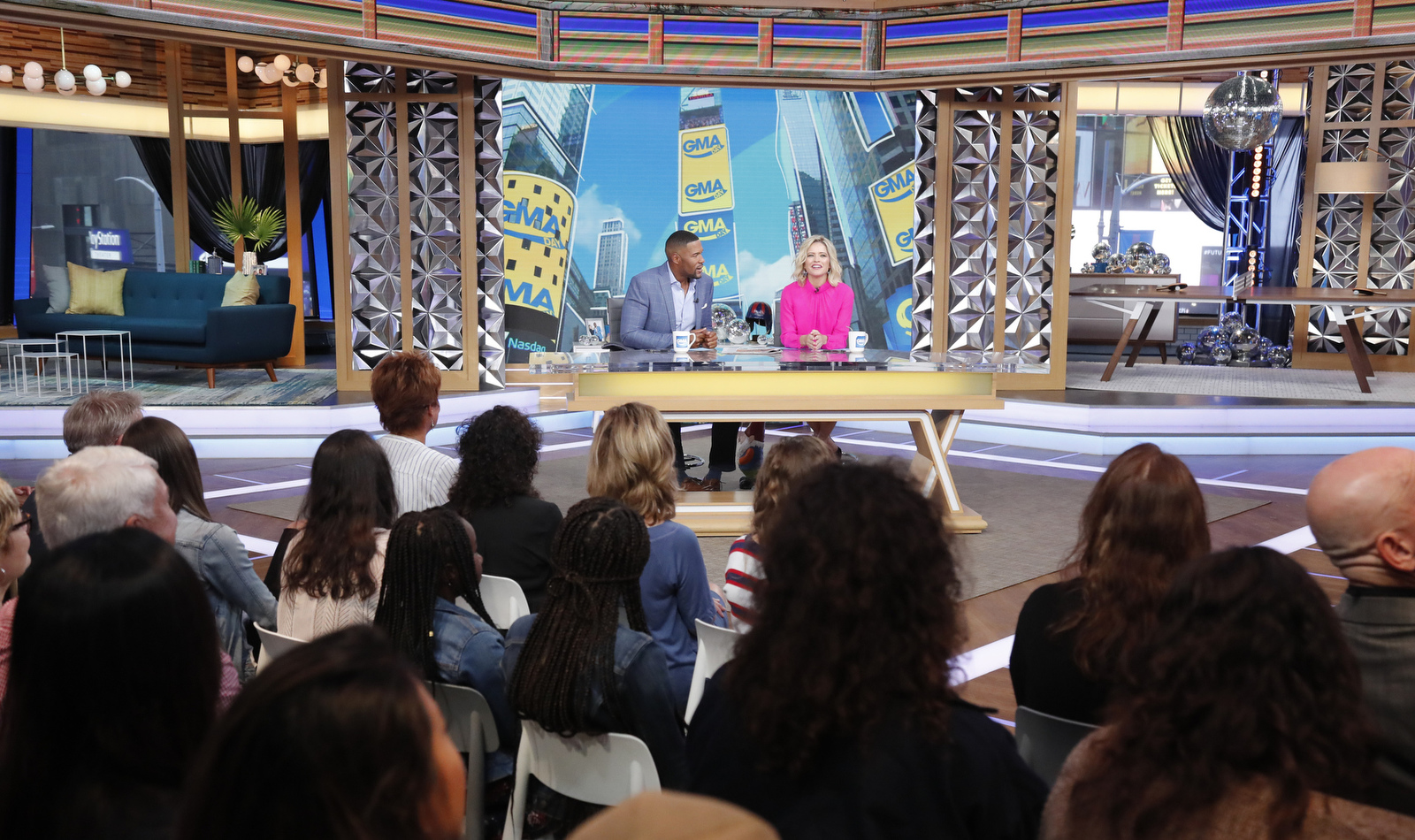 The south entrance to the studio was rebuilt to add additional light boxes and a vertical 90″ screen for “GMA Day” with new lightbox surrounds added on the East wall.