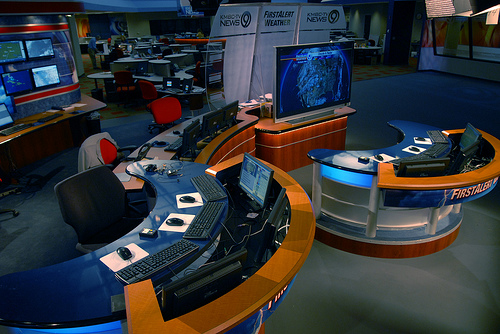 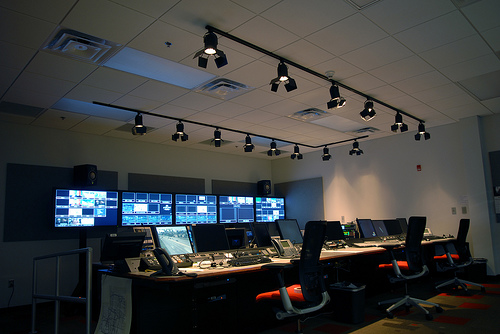 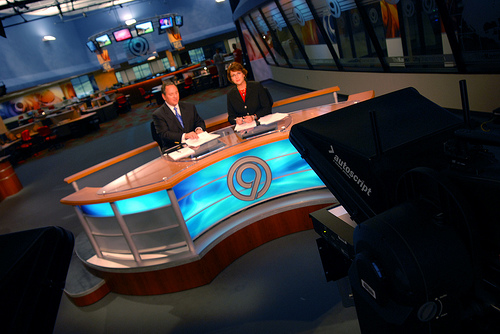 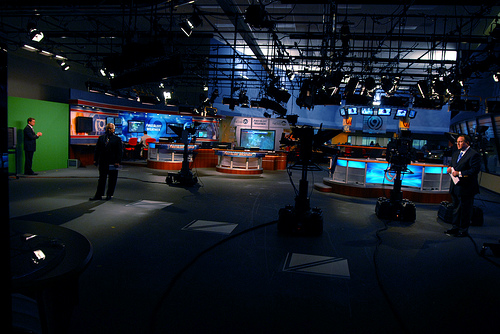 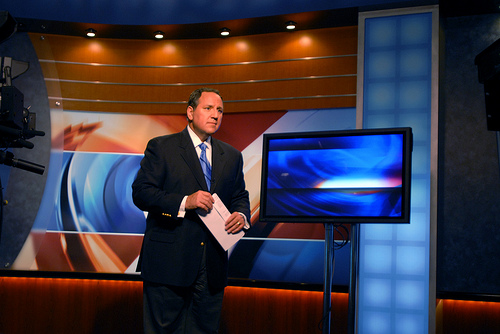 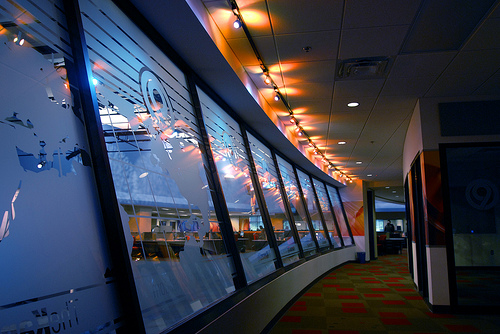 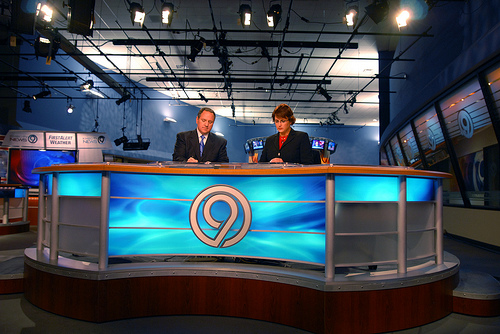 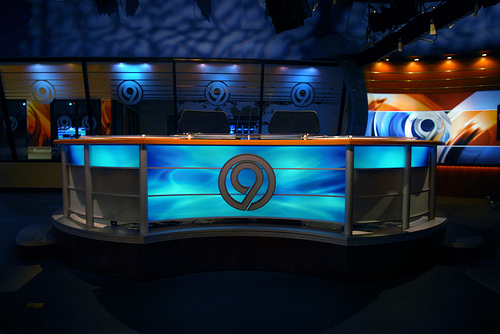 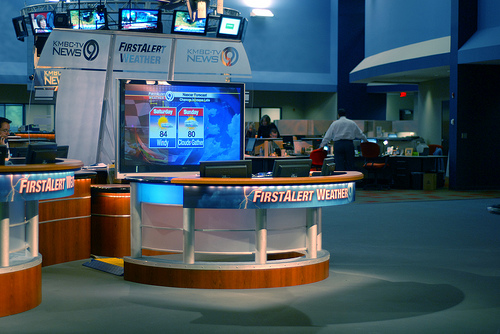 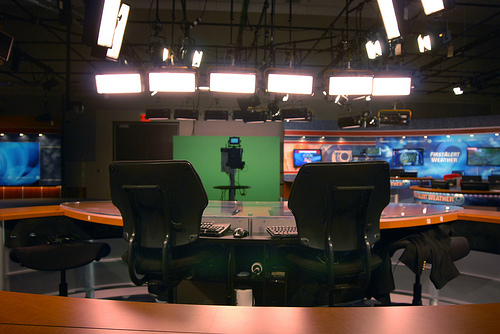 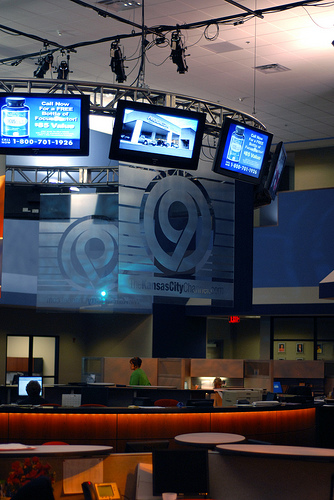 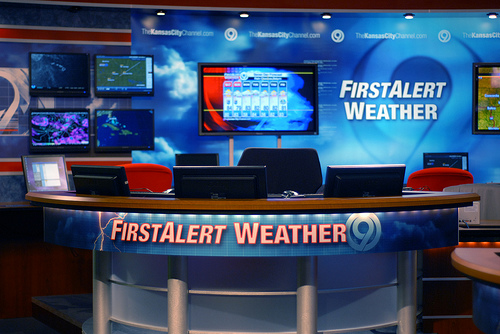 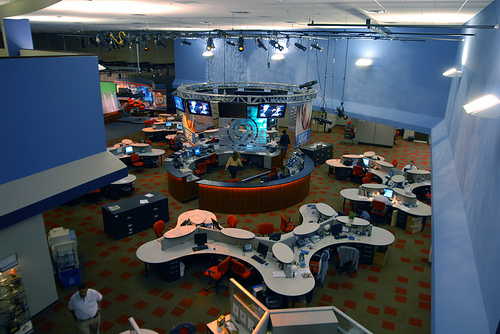 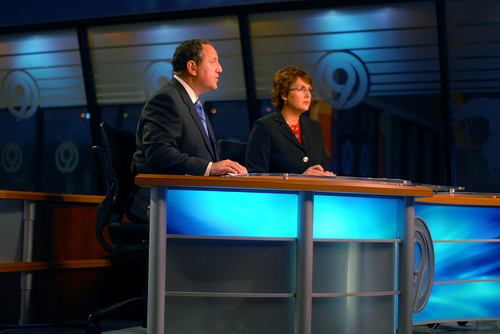 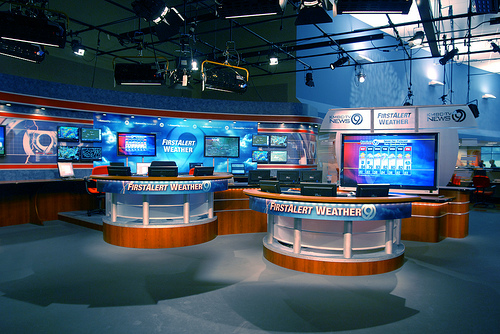 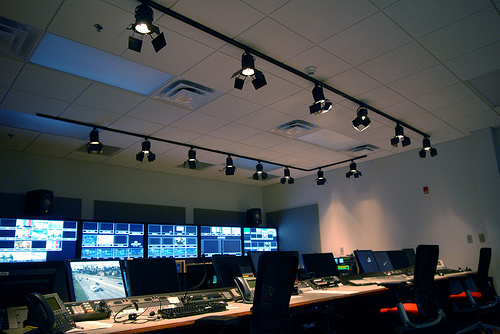 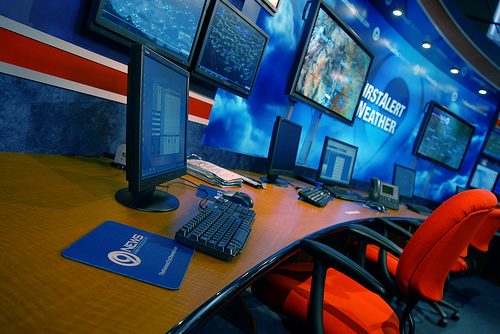 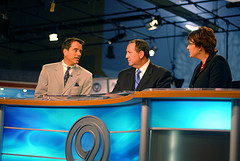 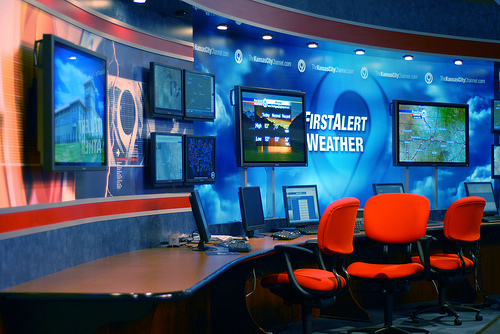 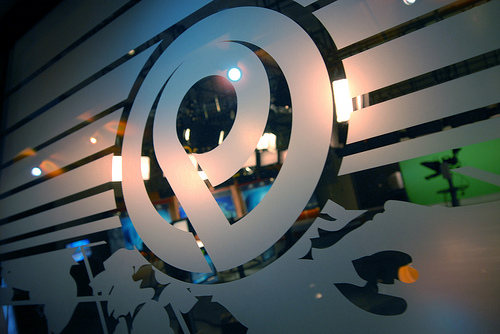 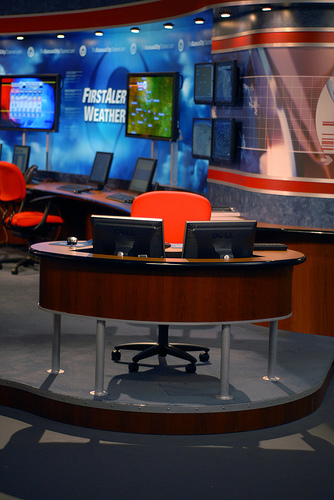 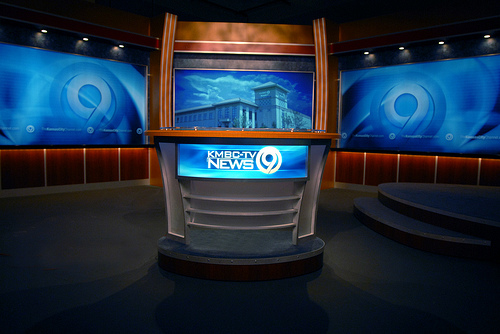 Set design used by KMBC 9 News from 2007 to April 2019. The set, part of a new broadcasting facility that the station moved to in 2007, used the station’s newsroom and control room as primary broadcast backgrounds.

In May 2019, the station debuted a new set that largely removed the newsroom view on-air.