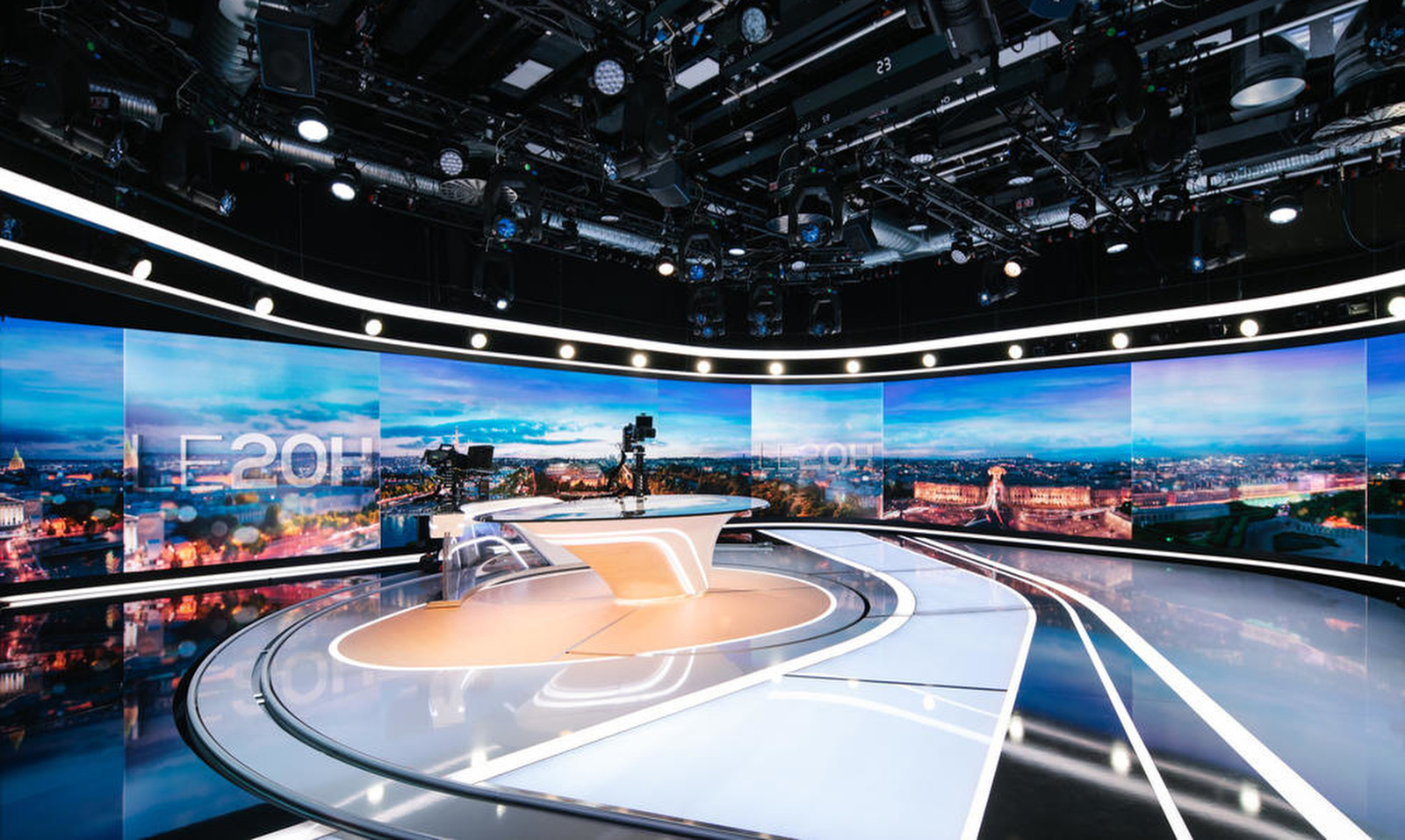 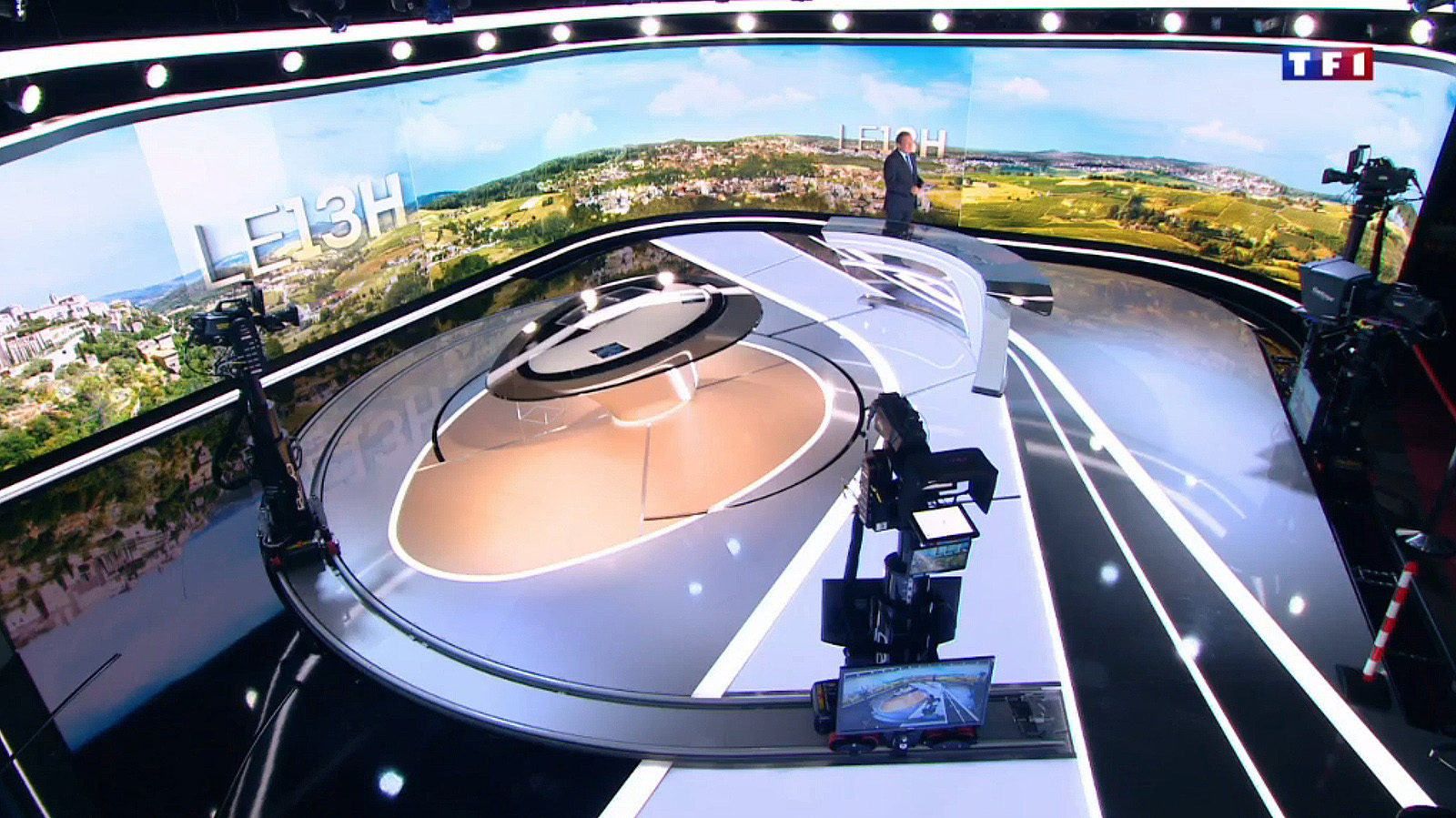 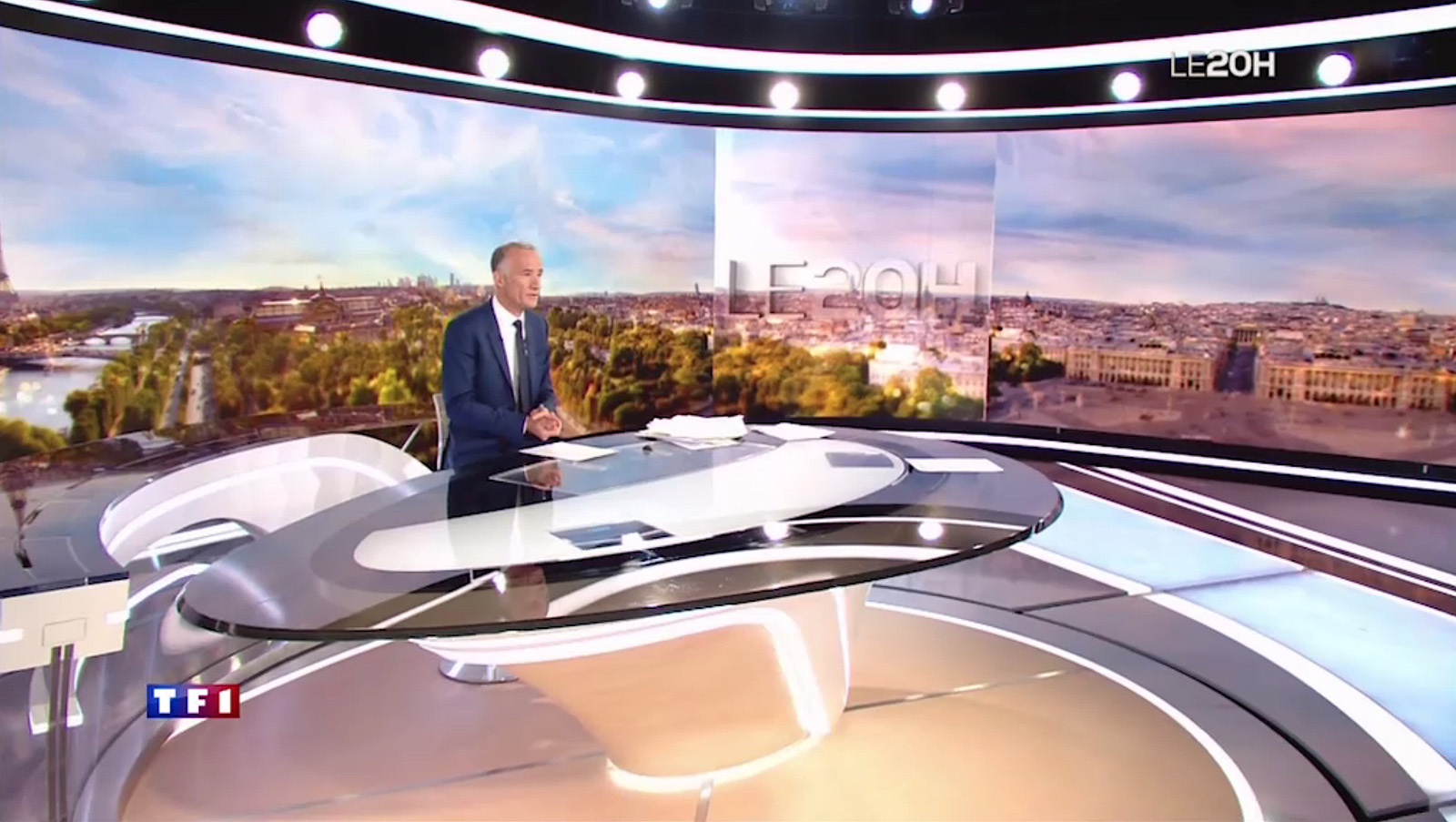 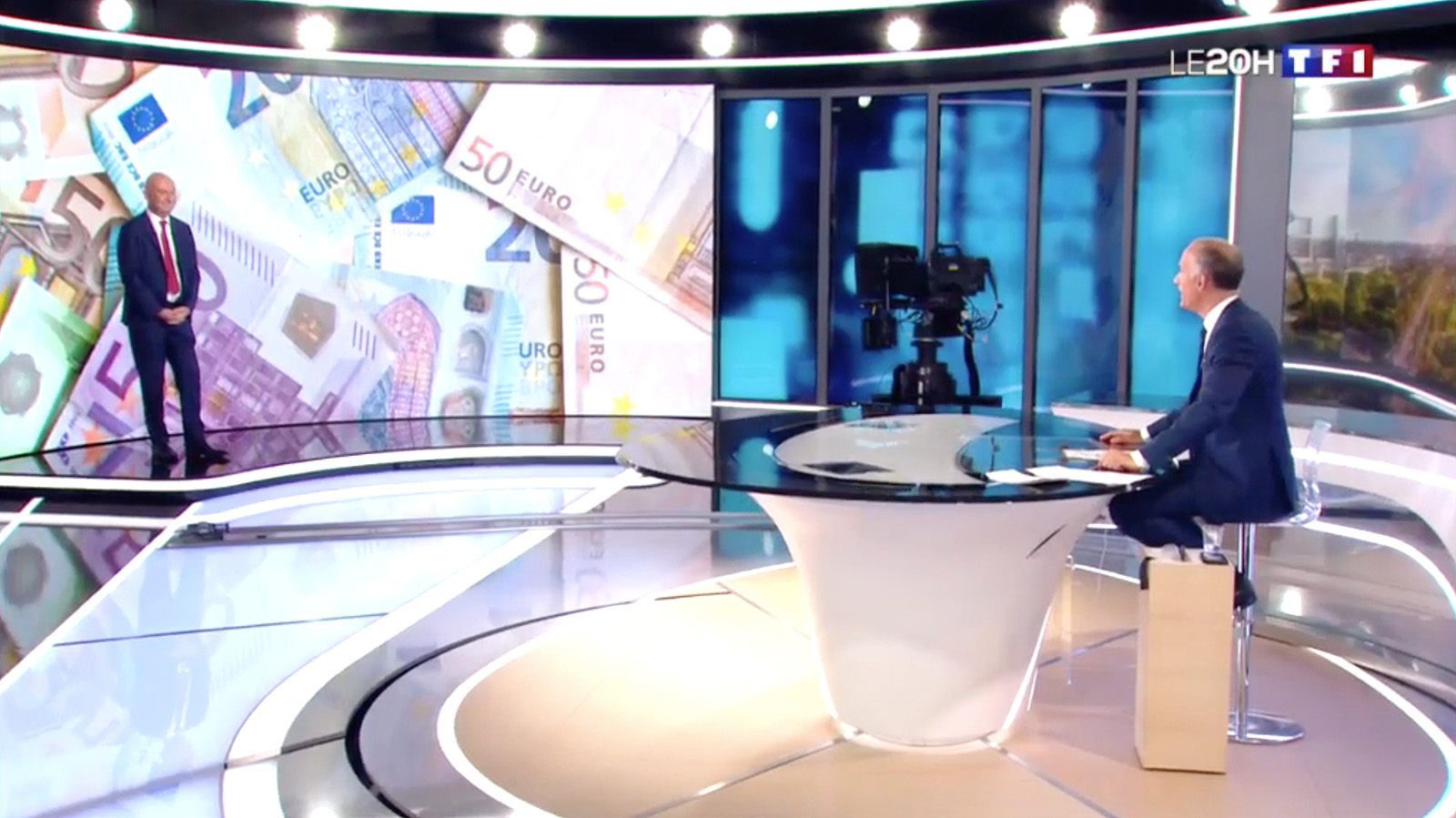 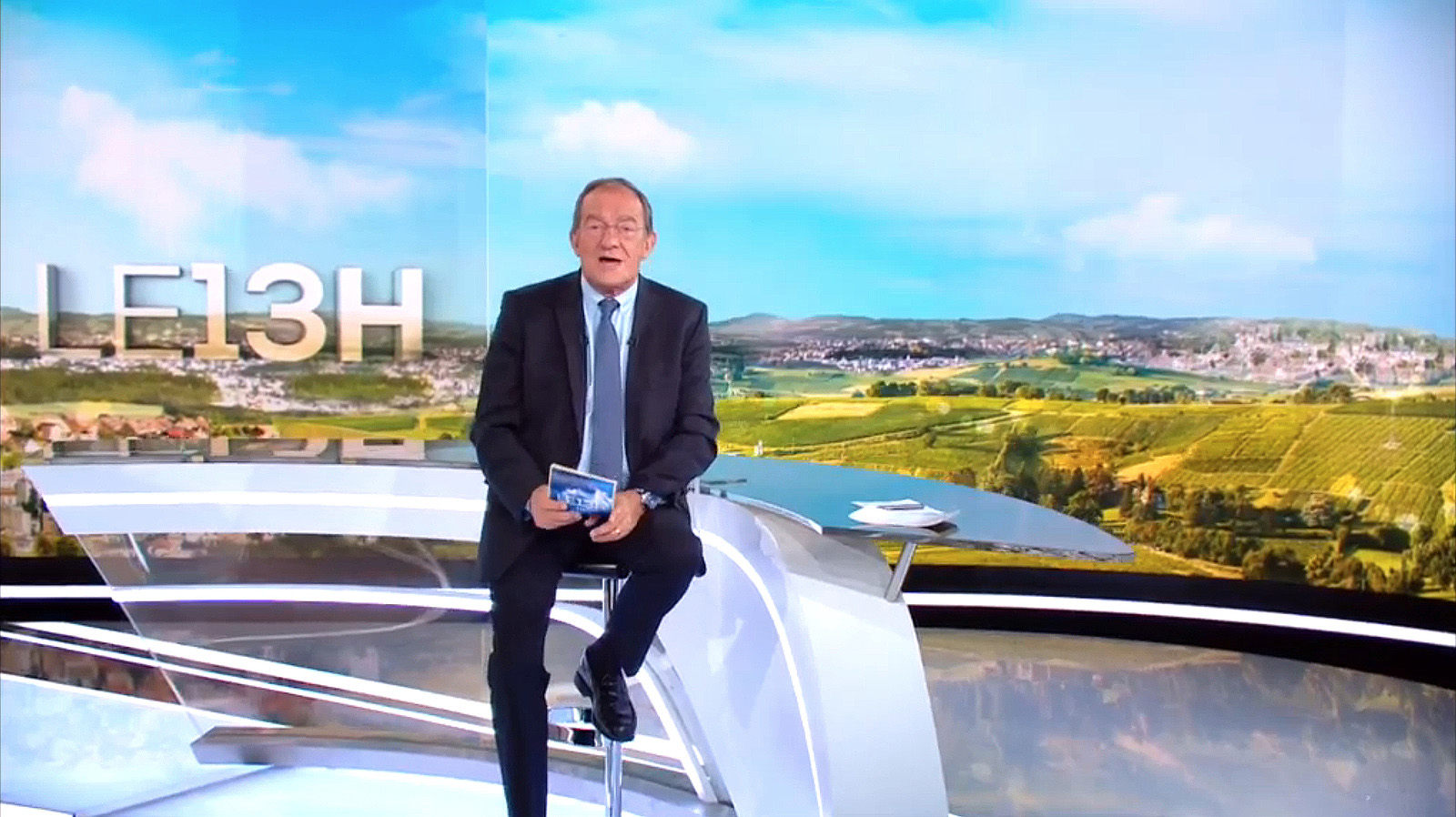 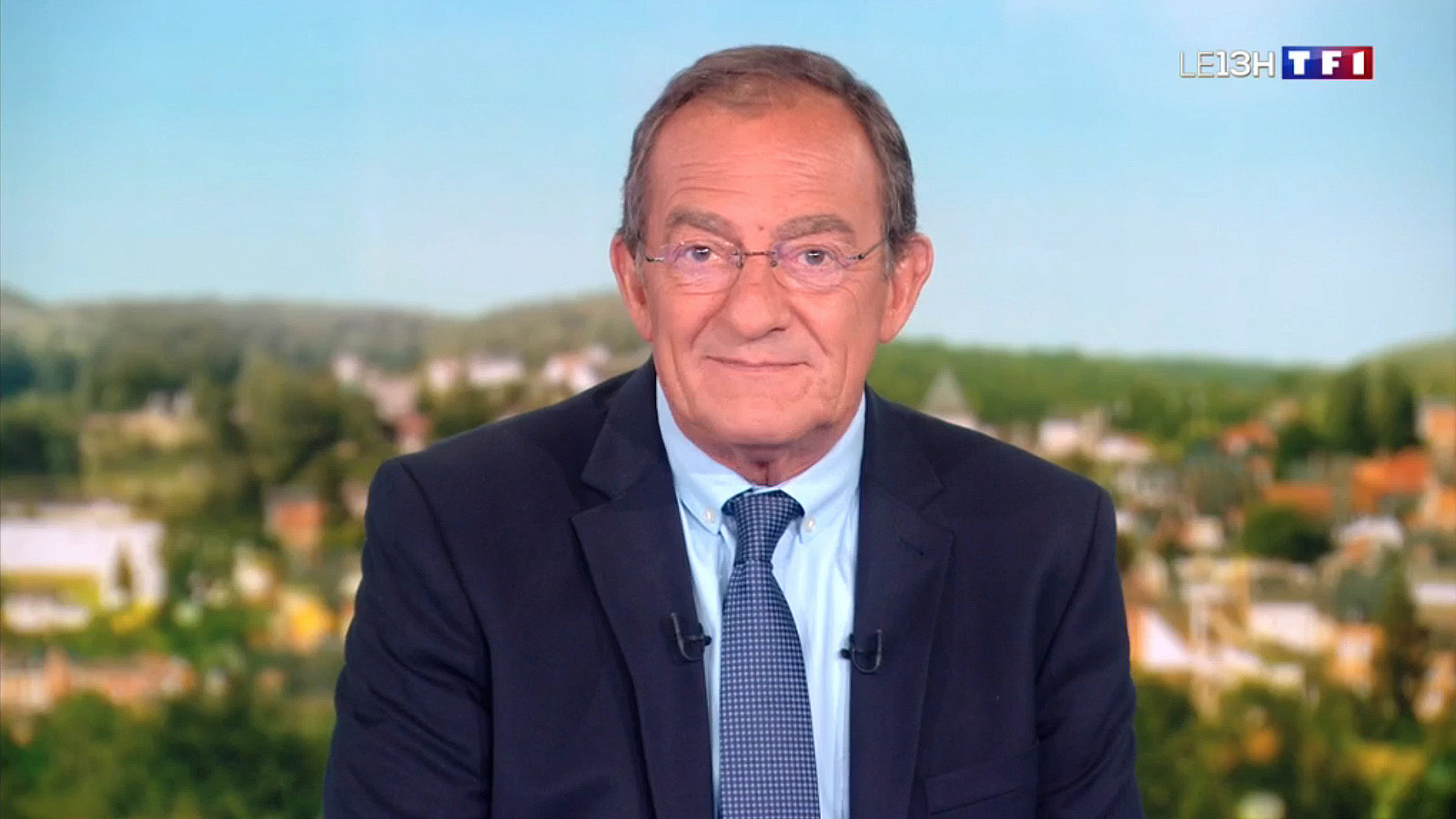 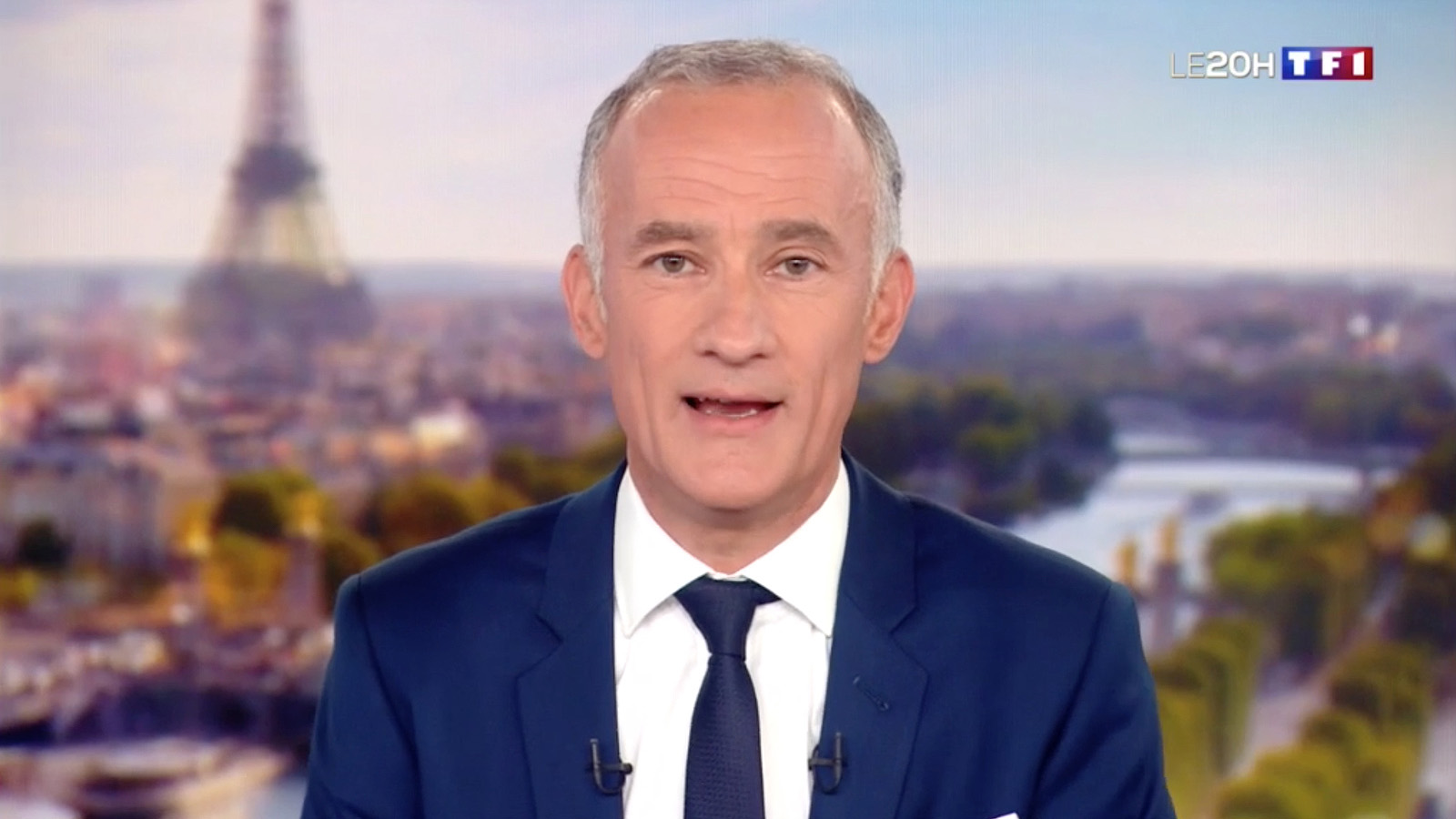 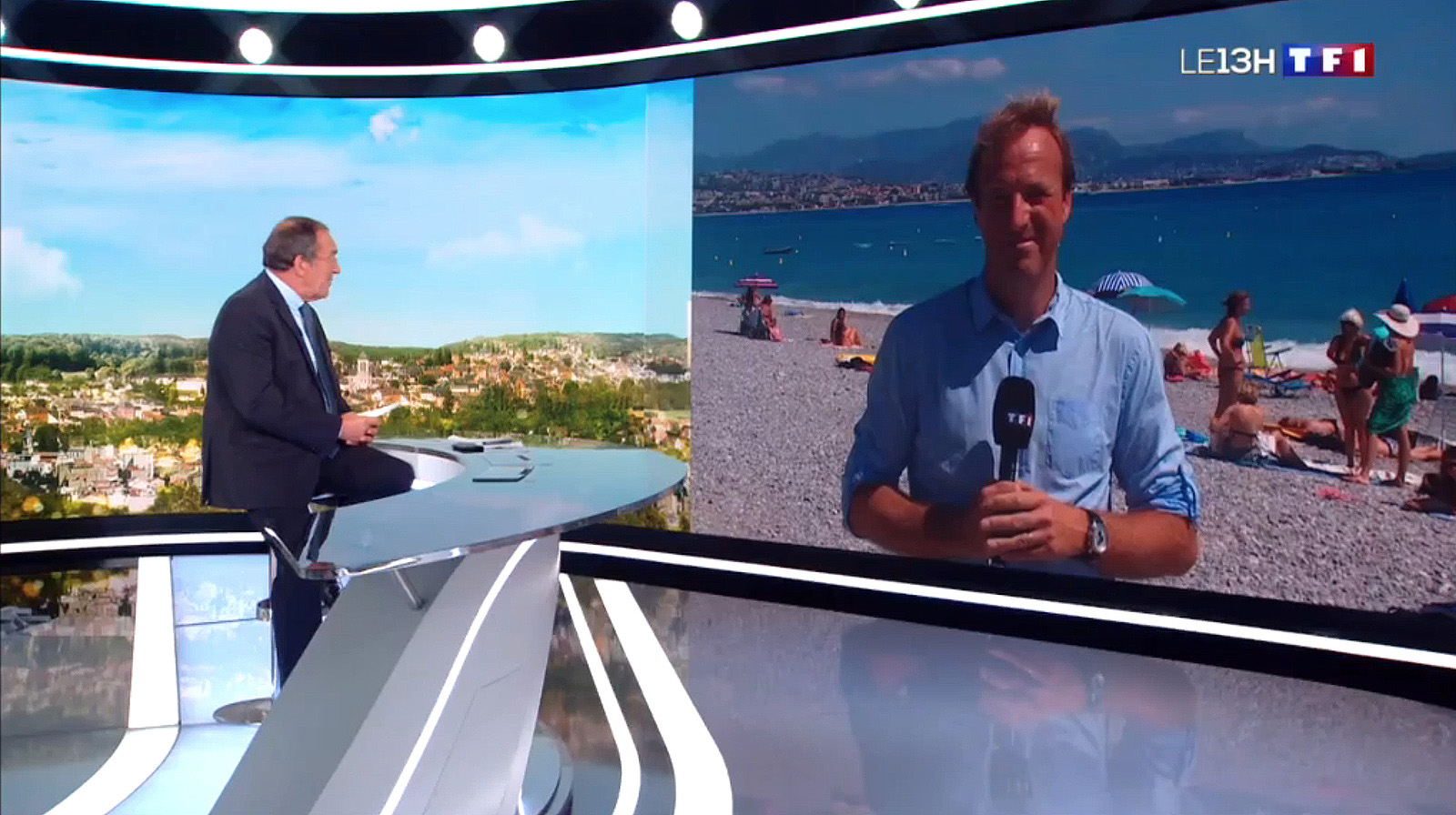 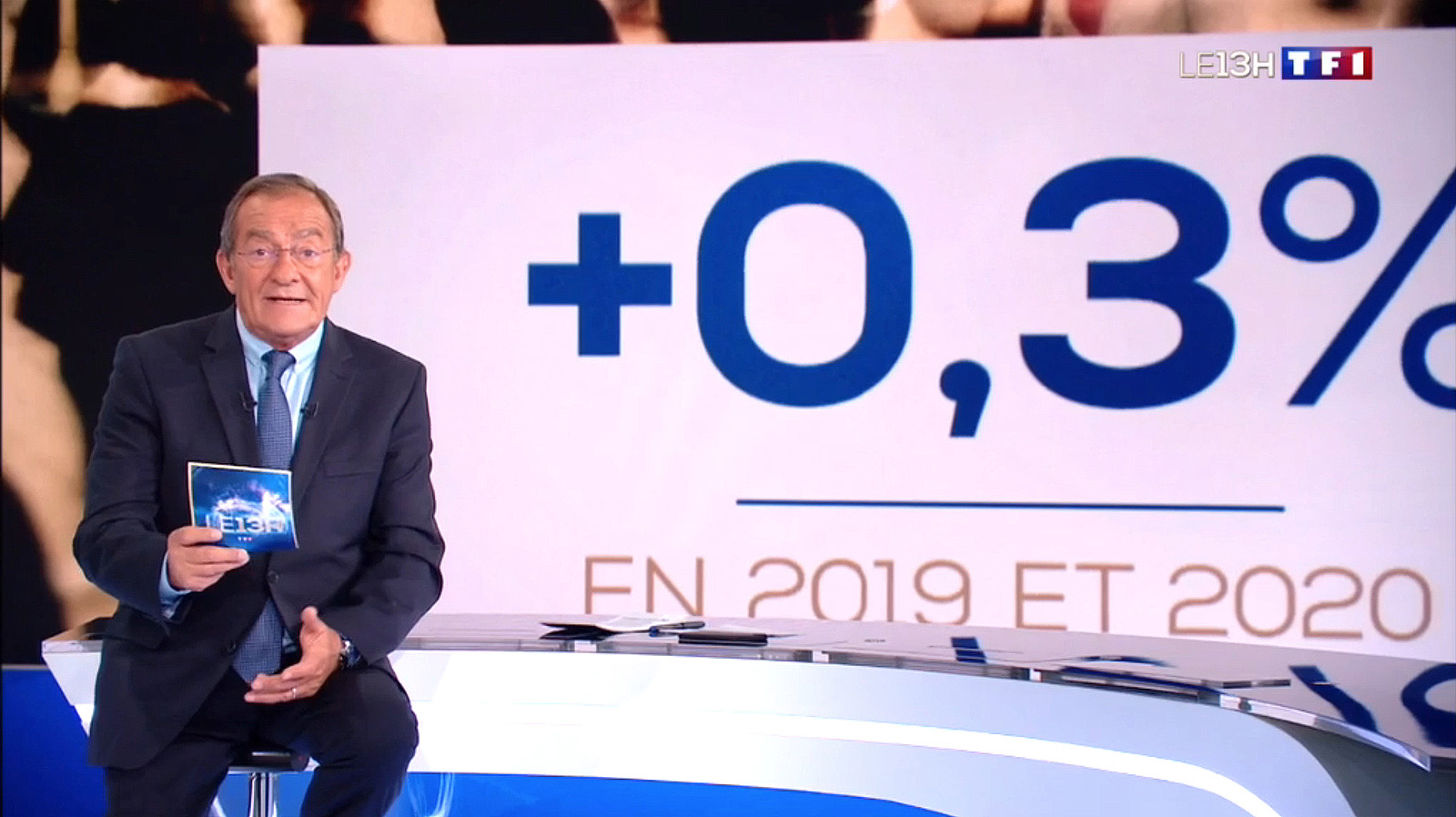 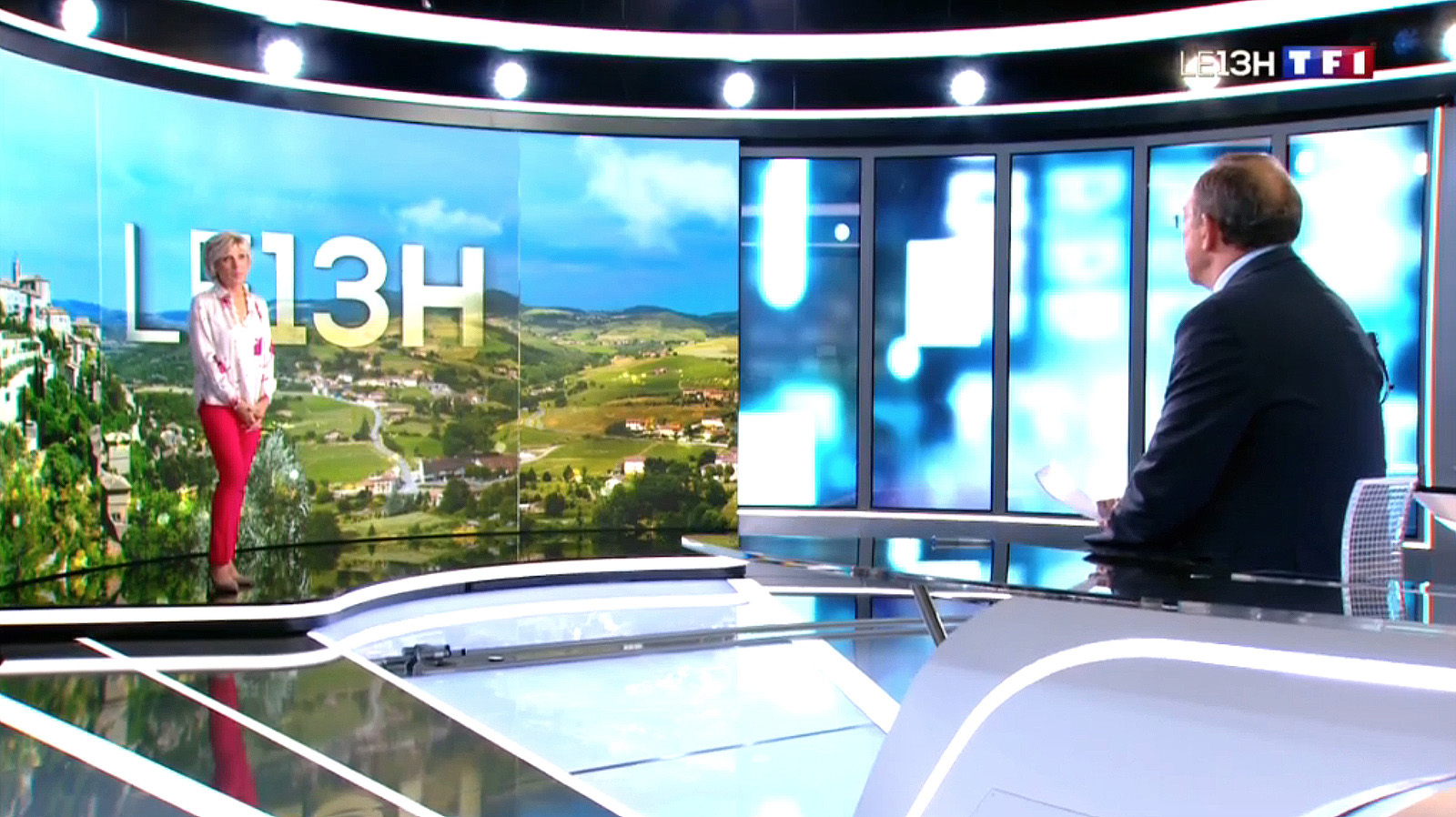 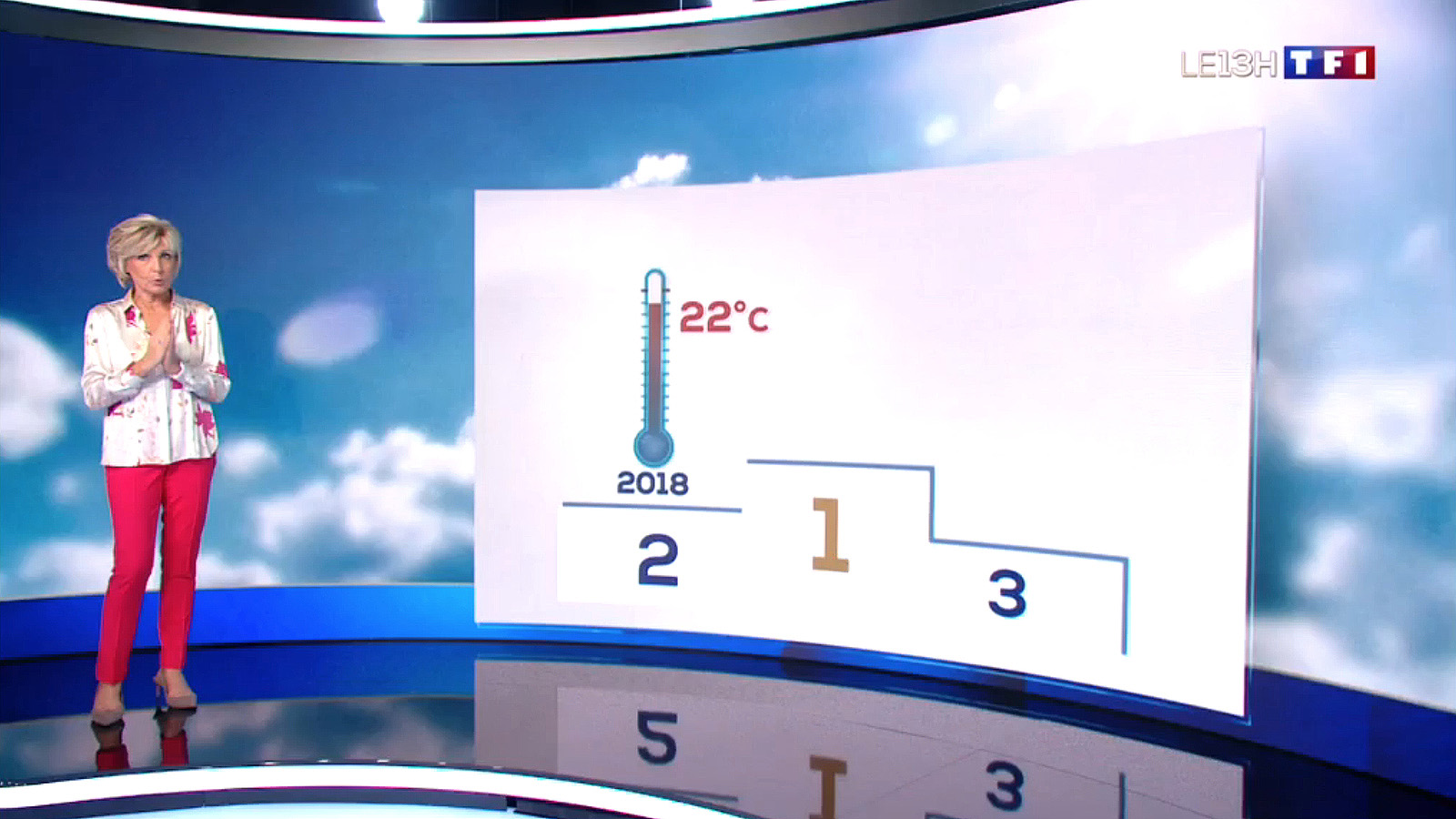 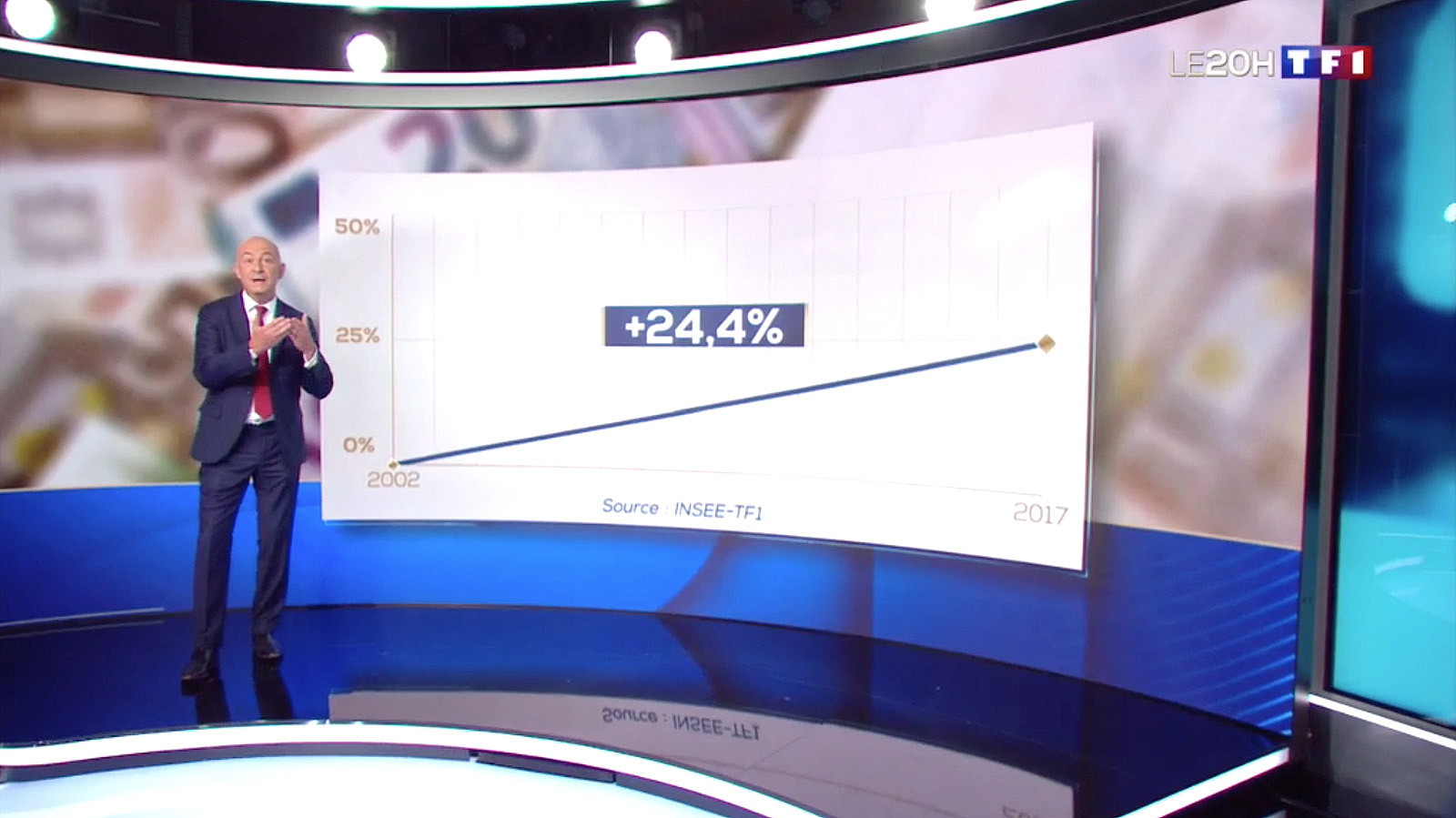 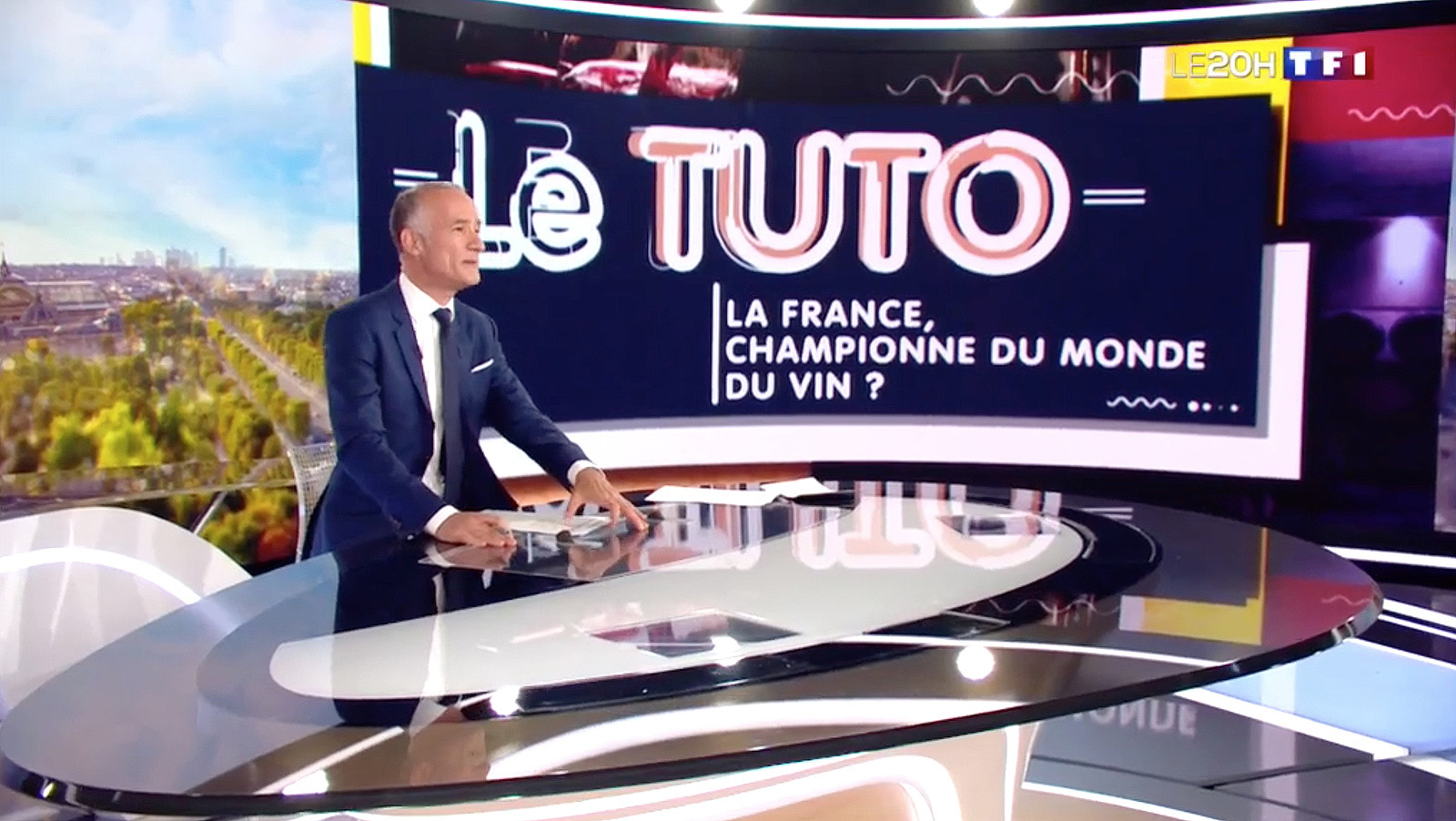 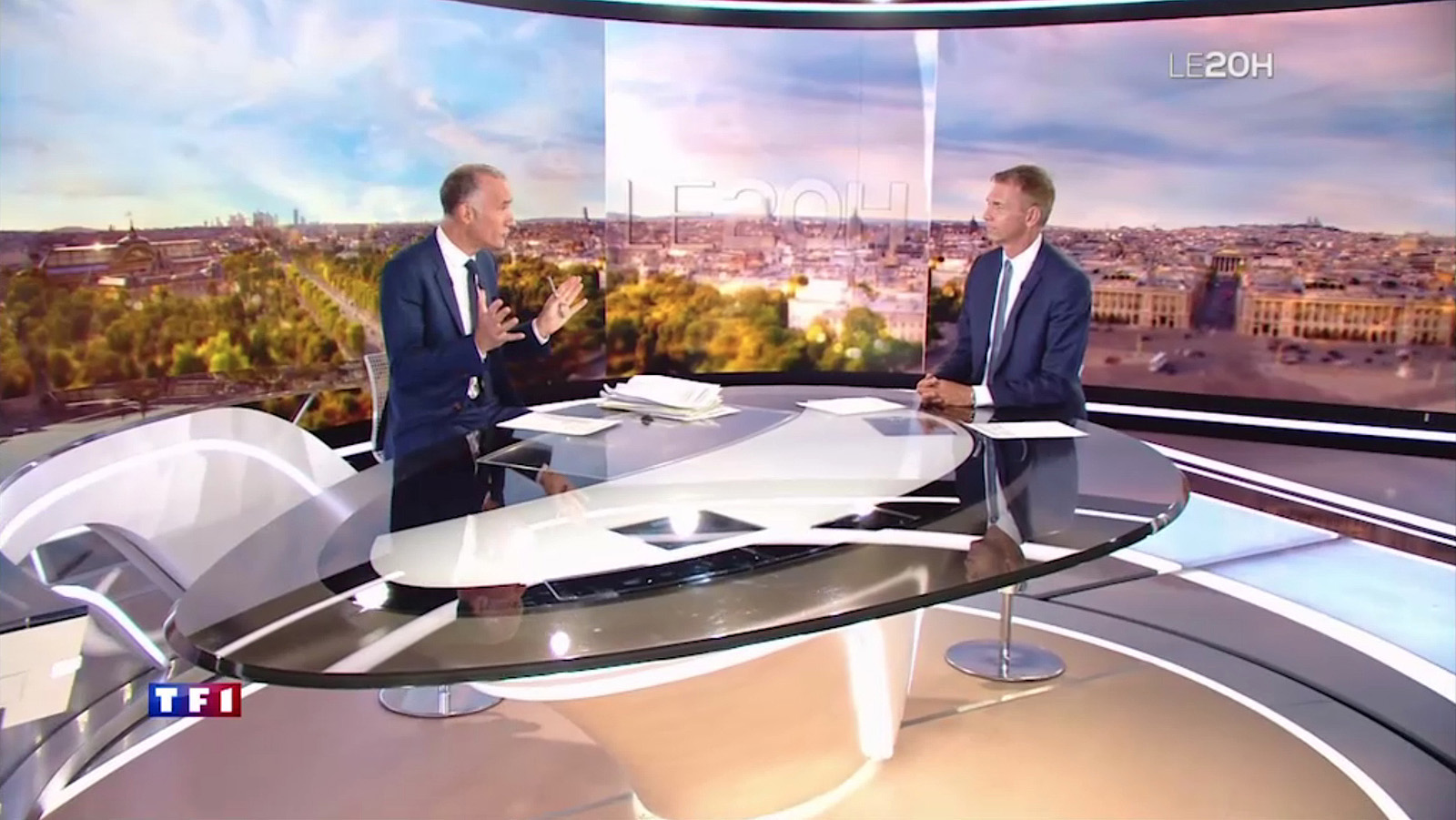 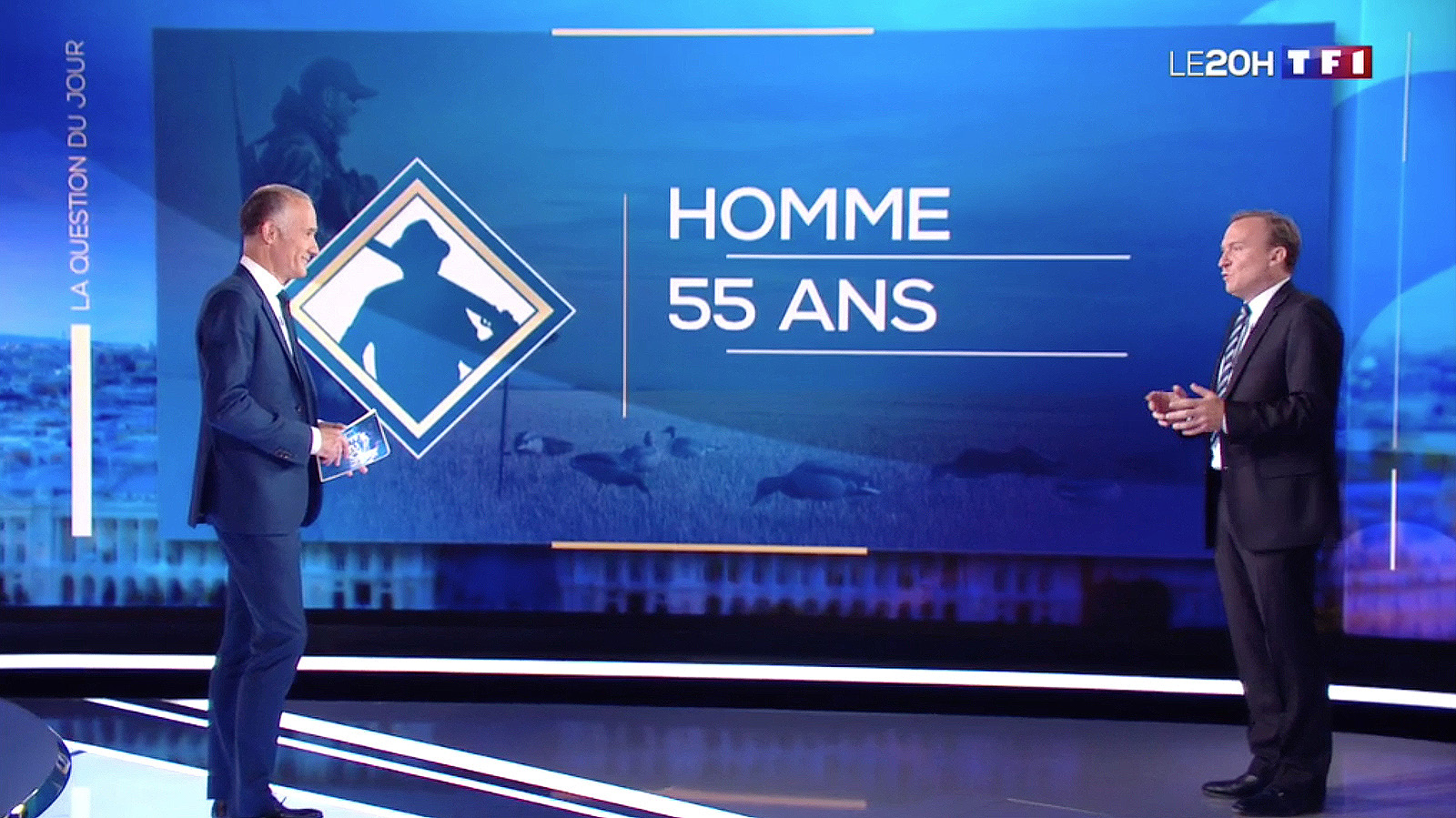 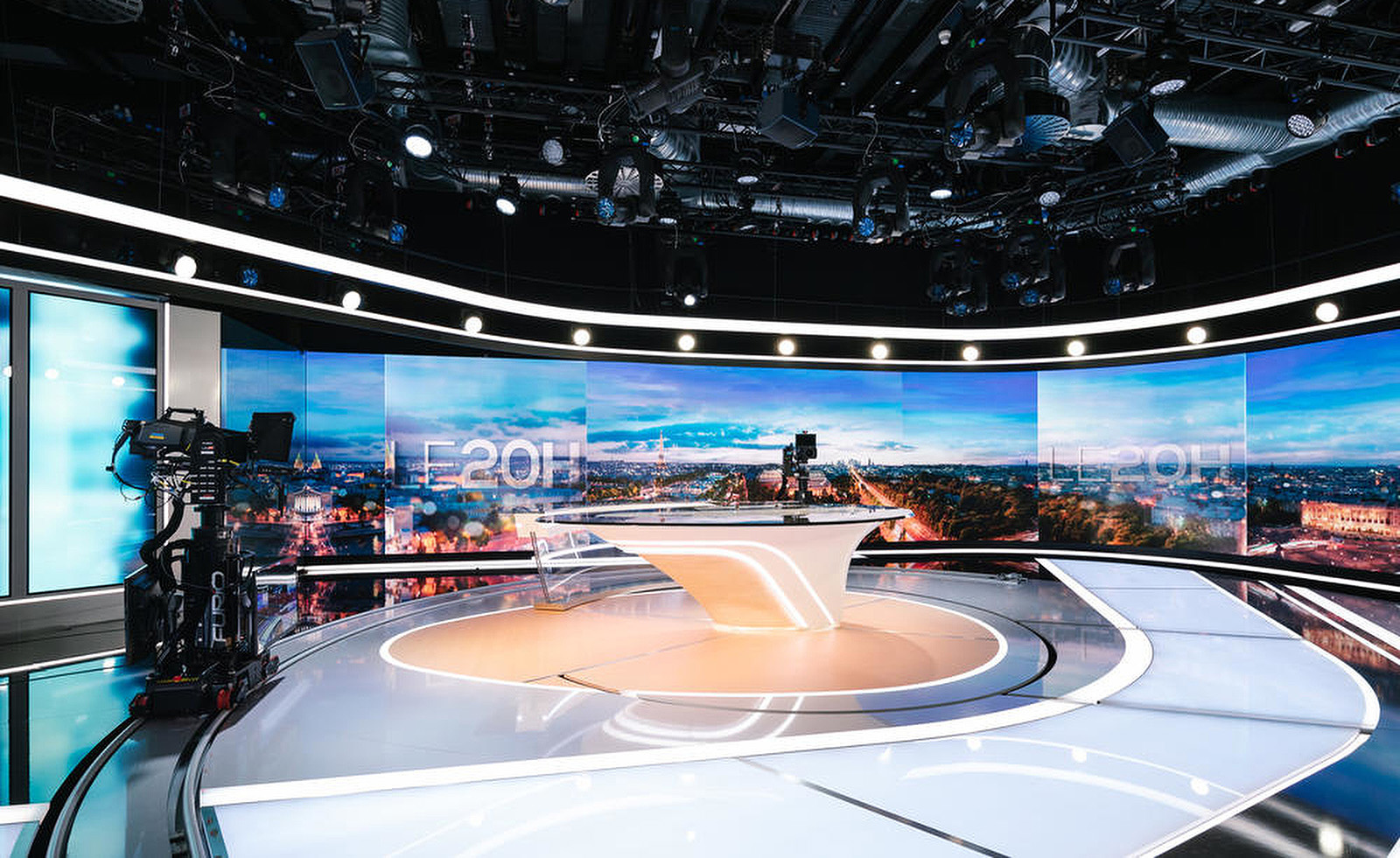 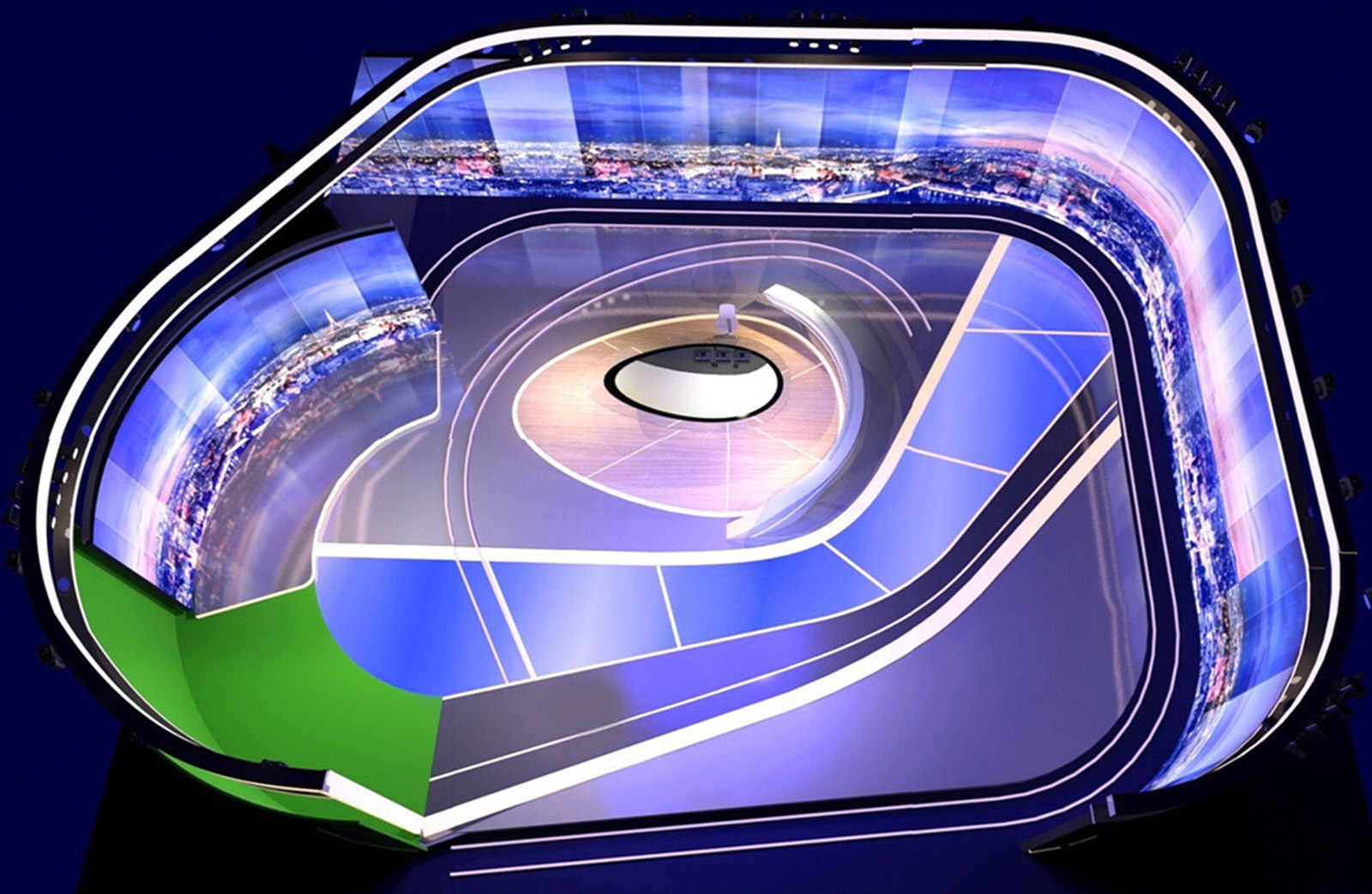 Studio design that debuted on Monday, August 27, 2018, for the main newscast of France’s TF1. The studio is used for “Journal de 13 heures” and “Journal de 20 heures” along with a magazine program, “20h Le Mag.”

The program is presented by Jean-Pierre Pernaut, Gilles Bouleau and Anne-Claire Coudray.

“Our general philosophy? More clarity and readability in our editorial choices. It seemed important to mark times and breaks in the same edition, but also to differentiate between ’13h,’ ’20h’ or ‘Weekend.’ There will now be several universes in the same box. The table, formerly prominent and omnipresent, corresponded to a journalistic style. The presenter was at the center of everything. Today, we change this posture through a modular table, reduced, and camera axes more in the proximity of plan,” notes Thierry Thuillier of TF1.

The studio includes an augmented reality area, hidden beyond one of the set’s 70 square-meters of LED walls. Four robotic cameras on tracking rails cover the entire studio.

The previous TF1 “Journal” set debuted in 2015, after a partial refresh of an earlier design.