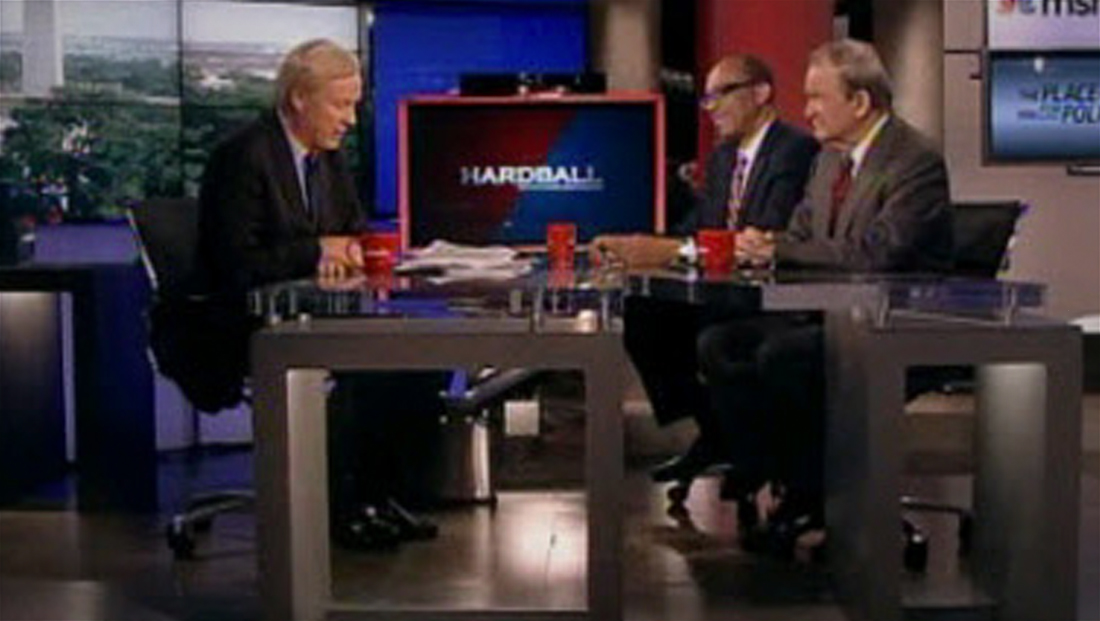 More photos and analysis after the jump. The set includes a cube-style video wall that, during Hardball, is used to display an image of the White House. The black lines that divide the segments of the wall are a little distracting but also could be viewed as creating the illusion of window panes. One wonders if there wasn’t room in the studio for a full rear projection screen.

One issue with the background, however, is that the cube wall lines appear to be off-axis on camera, a problem that the old set also had. Another area of the set features what appears to be a printed graphic that mimics structural elements, similar to the faux stairway found on the HLN set. The graphic has many fake plasmas that always have the same graphics and information. It’s not clear what the graphic is supposed to represent, but it appears to be some kind of long hallway or room, creating the illusion that the set and studio are bigger than they actually are. The set also includes multiple plasma screens, including larger ones that are used to display show and network logos. Smaller ones are scattered throughout the set and display various feeds. It’s interesting to note that some of these monitors are, instead of being mounted on the wall as is typical, they are placed on the set’s numerous “tables.”