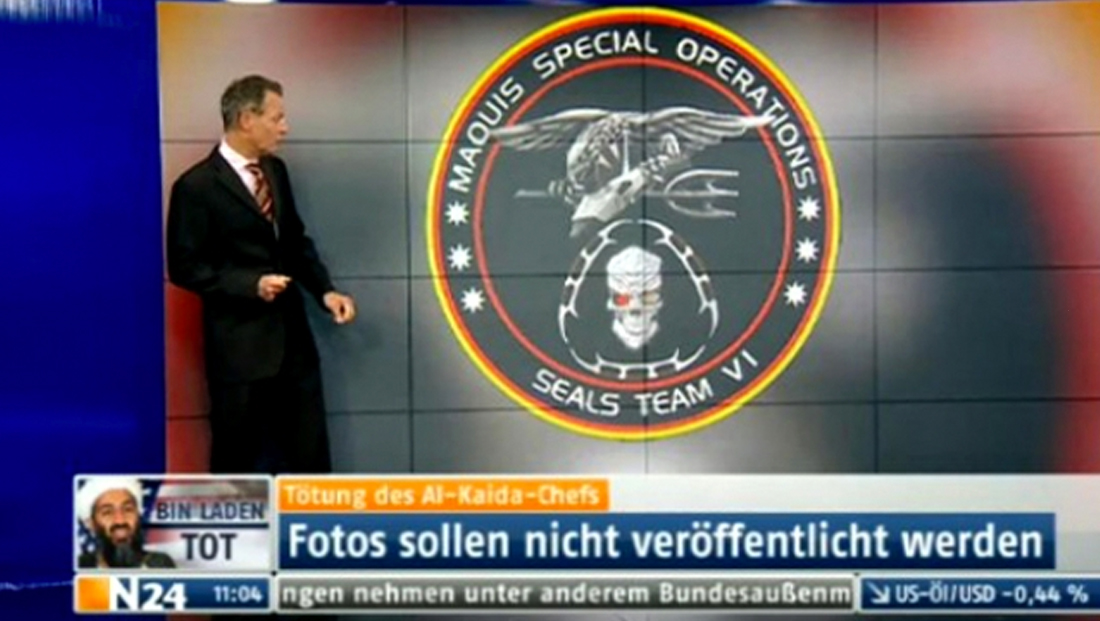 German broadcaster N24 recently managed to confuse the logo of a U.S. military group with a make believe alliance from the popular series “Star Trek.”

The newscast producers had intended on showing the logo of the elite Navy SEALs Team 6 that was responsible for the daring mission that killed terrorist Osama Bin Laden.

However, what ended up being displayed on the huge on-set video wall was apparently a Trekkie fan art logo created for Maquis, a group of terrorists that appeared in several Star Trek storylines.

According to the website trekmovie.com, newscaster Mick Lochner even spent time marveling at the skull and crossbones that appear in the middle of the logo.

“Locher didn’t seem to notice (or care) that the skull in question was from a Klingon and included a bolted-on eyepatch,” writes the site. “He and N24 also appear undeterred by the emblem’s inclusion of a phaser, three Klingon bat’leth swords and the word ‘Maquis.'”

The usage of the name Marquis in Star Trek was inspired by a real-life French resistance guerrilla group who fought against German occupation during World War II. The Star Trek Marquis, meanwhile, fought against Cardassia in former federation colonies.

One has to wonder if an innocent Google Images search played a role in this mixup.