Explore Studio 1A from a bird’s eye view 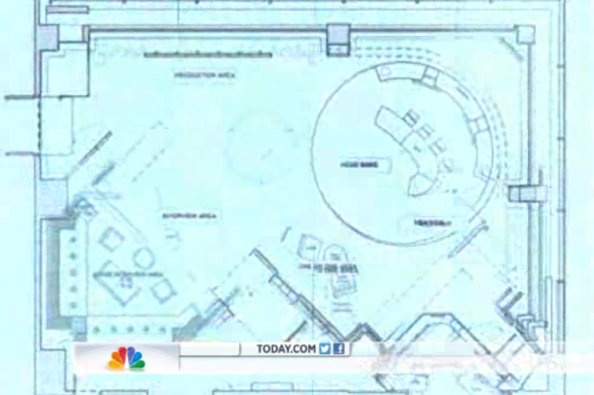 It’s rather blurry, but we still thought it was worth posting.

During last week’s preview of the new Studio 1A, the “Today” show used a blueprint of the new studio design as part of the graphics in the package.

The ground plan, shown above, shows the layout of the studio, including the fact that the one on one interview area has been relocated to the center of the studio, close to where the news desk once was.

It’s worth noting this makes the interview set conveniently located near one of the studio entrances.

Also take note that the anchor desk shown in the drawing doesn’t match the shape of the one actually being used. Several “Today” cast members mentioned on air that the anchor desk was delayed and installed this past weekend, so perhaps a change was made at the last minute.