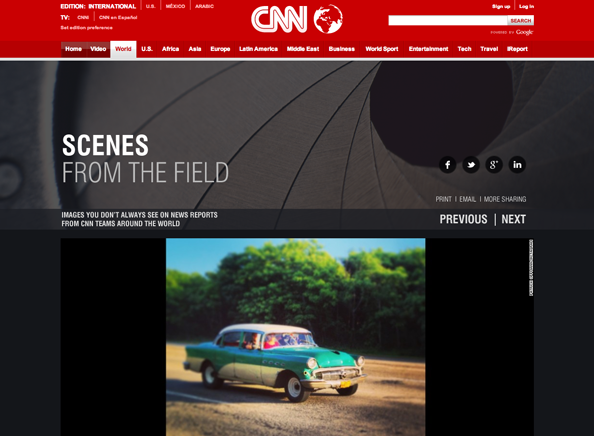 CNN has launched “Scenes from the Field,” a new feature that features an Instagram-like gallery to give its global team of journalists a way to share visual content taken from where they are.

The site, located here, features a mix of old and new behind the scenes imagery taken by CNN crews. The idea, according to the site’s tagline, is to showcase “images you won’t always see on news reports.”