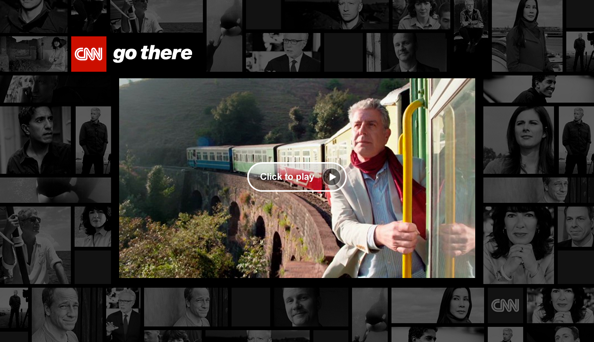 CNN has embarked in a campaign that attempts to emphasizes its intrepid journalistic spirit with a new image campaigned titled “Go There.”

The network is airing one minute spots that combine archival footage from the network’s history, including Ted Turner’s inaugural speech, with more recent footage of its big name talent doing both field and studio reporting.

In addition, the network’s website has been adorned in large banners and site wrappers that ask the reader “where” its talent “will take you next” that links to a single page site that showcases the video spot.