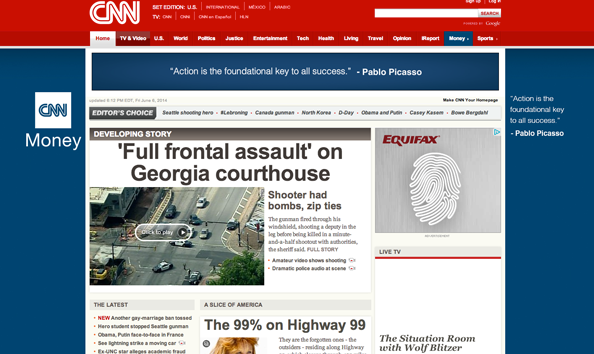 Late last week, the site was running an extensive advertising campaign that included taking over the entire background of the CNN.com homepage as well as turning the “Money” link on the site’s main navigation blue — a stark contrast the header’s bold red tones and an interesting way to draw attention to the newly revamped section.

That blue navigation link remains live as of Monday morning.