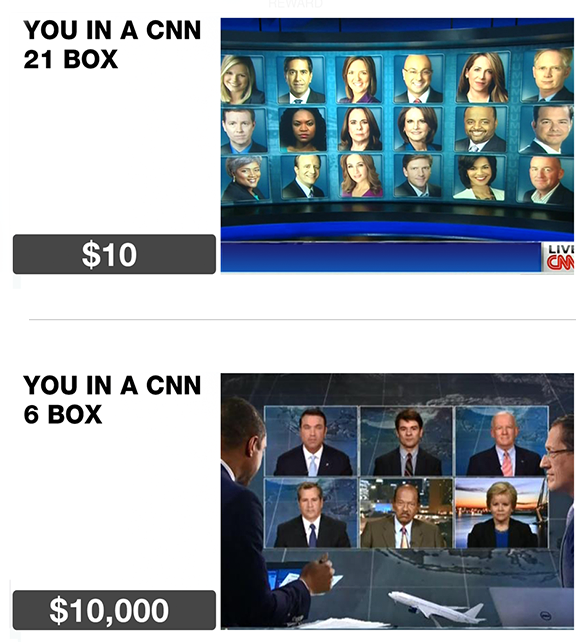 Jon Stewart has “kicked off” a Kickstarter campaign to raise $10 billion to buy CNN and is, of course, offering up some great rewards, including some that involved the CNN graphics package.

If you give just $10, you’ll be featured in a CNN “21 Box,” according to the website Stewart set up, LetsBuyCNN.com that features a faux Kickstarter page (though why not a “25 box“?)

Other, non-graphical prizes include a 24-hour-a-day, 2 week long hunt for your lost car keys and a Martin Savidge couch simulator.

If anyone figured out how to sign up for this Kickstarter, please let us know. We’ve got our credit card ready.