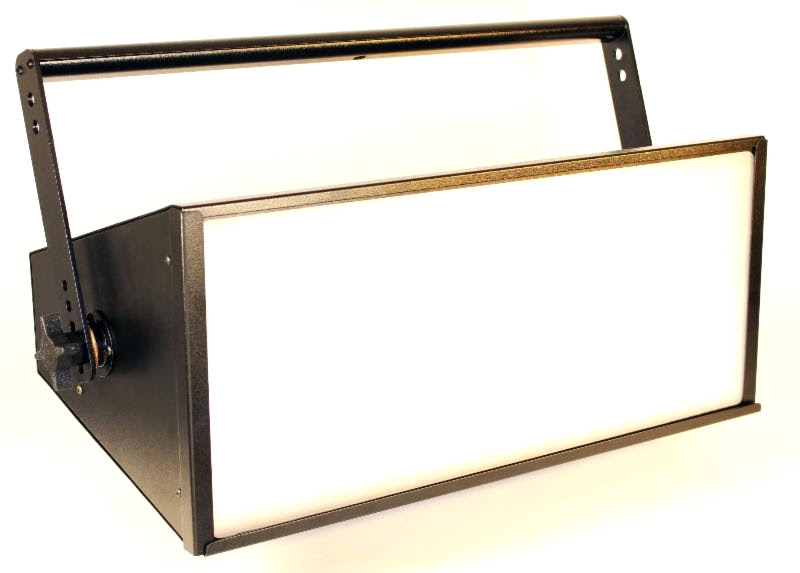 PrimeTime Lighting Systems, Inc. introduced the SLED series of LED luminaires this week which are brighter than most other LED fixtures in the broadcast studio lighting market.

The company is offering the SLEDs now at limited time introductory pricing with PrimeTime’s legacy of high performance, superior quality and lasting durability.

The 1SLED and MSLED are the first and are available from lighting dealers, resellers and systems integrators featuring:

1SLED
Performs key, fill, side or back light on a chroma key or interview set with LED performance. Influenced by PrimeTime’s top-selling 1SL, the 1SLED can by used in broadcast studios, video conference facilities, city council chambers or motion picture and TV production. 1SLED specifications and photometrics can be found at www.PrimeTimeLighting.com/1sled. Introductory, limited time only MSRP is $1,885 for the 1SLED or $2,050 with DMX.

The 1SLED perform s key, fill, side or back light in any application.

MSLED
The new MSLED is a great solution for low ceiling applications. This LED was influenced by PrimeTime’s popular MSL fixture and can be used in many functions. Specifications and photometrics are at
www.PrimeTimeLighting.com/msled. MSLED Introductory, limited time only MSRP is $1,485 or $1650 with DMX.