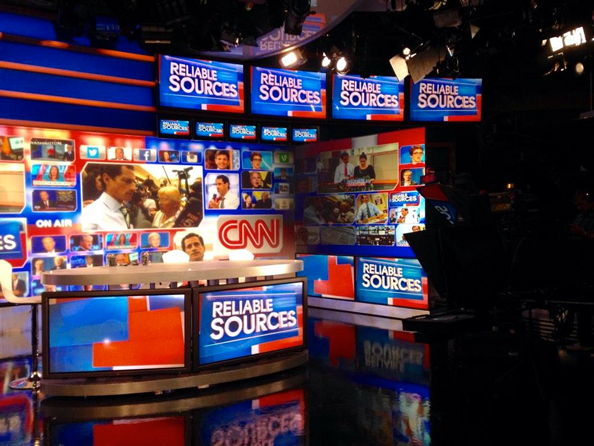 With this edition, the show has been relocated to the former “Communications Center” in New York City.

The show’s new look relies heavily graphics being feed to video walls and flat screens (as it did previously), including ones mounted on the front of the show’s interview desk. The new graphics package uses bright red and blue rectangles, dropping the lighter color scheme and “RS” initials that dominated the show’s previous look, as shown below. In many ways, the new look has similarities to the “ABC World News Tonight” graphics. The overall look, especially the backgrounds, is rather cluttered and seems a bit generic. The previous graphics, however, with a lighter color scheme and curved rectangle “tab” design elements gave the show a bit more unique look and feel.