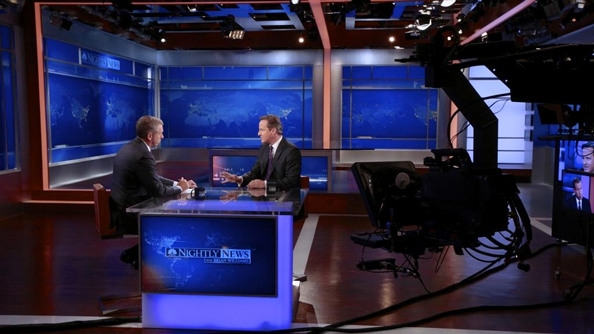 We continue to get more views at the tweaks NBC has made to Studio 3B.

Earlier today, “NBC Nightly News” tweeted a photo from the taping of an interview with British Prime Minister David Cameron that shows a wide view of the studio:

As shown in the photo, anchor Brian Williams is conducting the interview not at his normal anchor desk, which was relocated earlier this month, but instead on a smaller desk that appears to be the interview desk from the old “Rock Center” set.