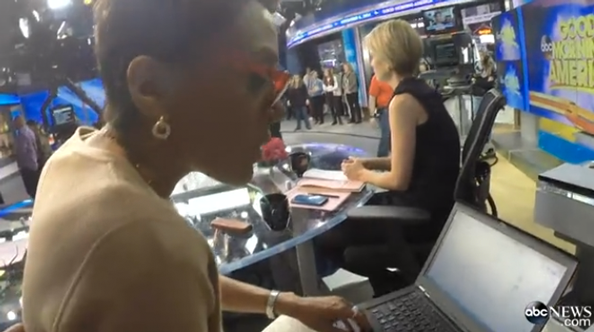 The network equipped members of its team with the cameras, which became a popular way for people to record a “point of view” shot while walking, hiking, playing sports or performing extreme stunts. The devices have seen explosive popularity and the resulted in many viral videos.

On “GMA,” however, the cameras were used to give viewers a behind-the-scenes look at what happens in the studio and surrounding areas during the show.

Check out the video segment on the GMA site.