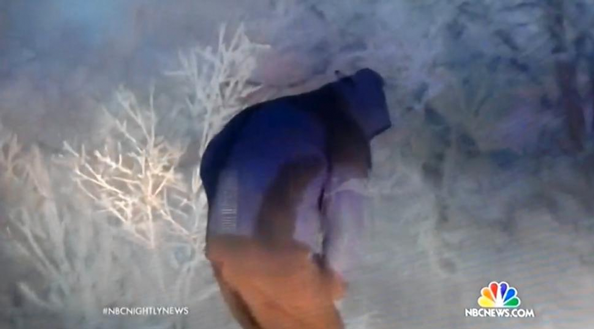 Move over Movember. Not now, No-Shave November. At NBC the peacock has apparently declared it Pee-vember.

First came Weather Channel meteorologist Mike Seidel who, appearing on the Sunday edition of “NBC Nightly News” Nov. 2, was caught with his back toward the camera in a suspect — and rather familiar looking — position.

NBC’s official statement was that Seidel was actually looking for a cell phone he dropped in the snow.

Then, just about a week later, NBC’s Al Roker was caught on a live Web stream peeing.

Apparently this time NBC was willing to admit it was, in fact, true this time around — since it posted the incident to its own Today.com website.

Thankfully Roker’s incident was an audio-only situation, the result of a hot mic left on during Roker’s #Rokerthon, an effort to break the 34 hour record for longest weathercast. Also check out Roker’s digs for the stunt.