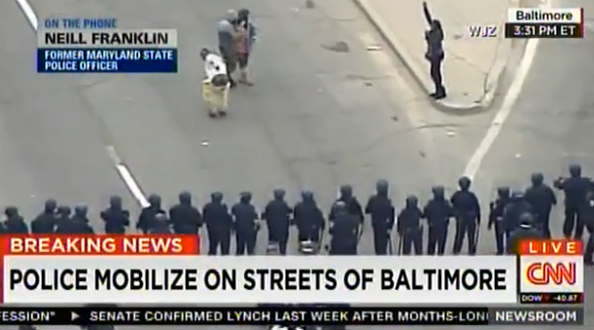 During its live coverage of the riots in Baltimore surrounding the death of Freddie Gray, CNN gave its viewers an unexpected treat — a nice view of someone’s dairy aire.

From the live helicopter feed the network was airing, one can see a line of law enforcement members facing a rather small crowd of protestors and passerby. That’s when one gentleman decided to give everyone a view of his butt.

Anchor Brooke Baldwin spotted the “rear view” and tried to get the control room to cut away before more damage could be done, but that didn’t quite work out.

Watch the video here (before CNN has it taken down):