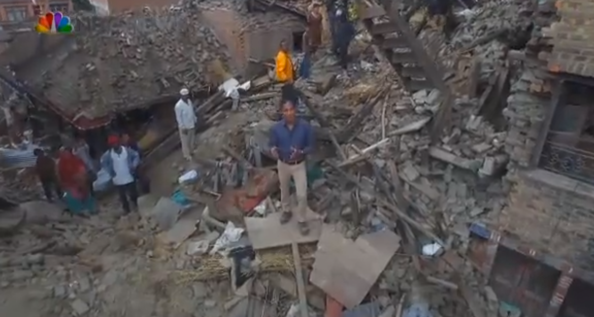 NBC News, reporting on the Nepal earthquake, used a drone to capture a standup with correspondent Miguel Almaguer.

The shot started relatively close to Almaguer, who was standing atop a pile of rubble and surrounded by local residents and rescue crews, but then moved out to show the magnitude of the devastation.

NBC previously used a drone to cover the cyclone damage in Vanuatu.

Watch the video of the shot: