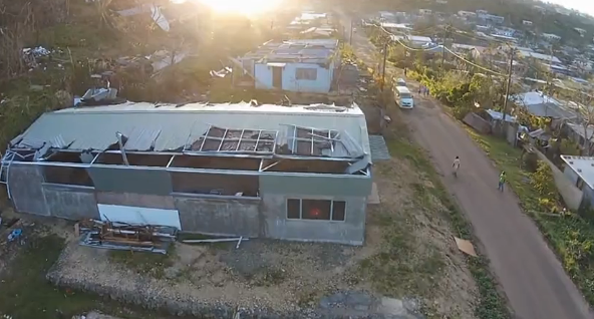 NBC News has taken a big step in the use of drones as newsgathering tools — using one to cover the cyclone damage in Vanuatu.

The network previously used a drone to capture images of a frozen Niagara Falls for “NBC Nightly News,” but this latest application is arguably much more “news-y” than what was basically a simple beauty shot.

Correspondent Miguel Almaguer and his crew’s footage aired on “Nightly” as well.

The use of drones in television and movie production has been rising causing the FAA and other government agencies to begin examining how these devices should be regulated.

NBC has posted the raw video of the flight on its website: