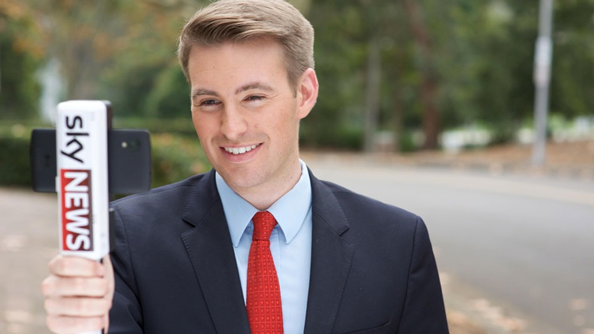 Australia’s Sky News, the corporate cousin to Britain’s network of the same name, will begin equipping reporters with a selfie stick-like device to file live reports.

The device, called LiveU SmartGRIP, melds a cellular and wifi antenna with a mobile device holder and handle.

Sky News Australia plans to have about 12 units in operation among its teams across the country, but it will not, at this time, replace all camera crews.

The network already conducted what it claimed was the world’s first selfie stick interview back in February, though it did not use the LiveU SmartGRIP, but rather a bona fide selfie stick, as shown in this Instagram post: LiveU SmartGRIP bonds cellular networks with wifi, where available, to achieve optimal video quality. Video streams must stream through the company’s servers and then be distributed by the network or station via traditional television, online streams or to a file server for playback and archiving. Of course, TV news is no stranger to the “one man band” concept — with many stations, particularly in smaller markets, having the on-air reporter shoot his or her own video. For standups and even live shots, reporters lock down the camera on a tripod and stand in front of it as they would normally — but LiveU SmartGRIP gives the reporter realtime and finer control of the camera angle.