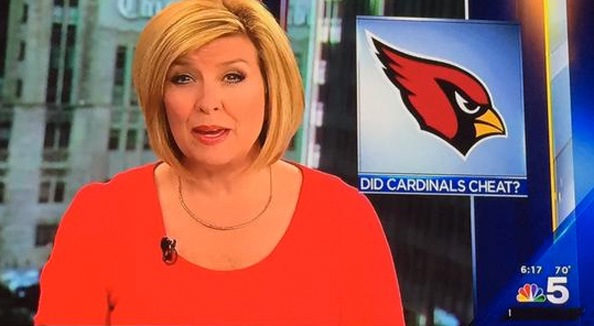 When is a cardinal not a cardinal? When it’s the wrong mascot and wrong sport.

Chicago NBC O&O WMAQ-TV was covering the recent allegations that the baseball team St. Louis Cardinals hacked into the Houston Astro’s computer systems and displayed the mascot of football team Arizona (Phoenix) Cardinals in its OTS.

The error is similar to a gaffe CNN made last year when it placed the St. Louis Cardinals logo (which features a full bodied red bird perched on a baseball bat) on a map highlighting domestic violence charges against some members of the Phoenix team. The Arizona logo, by the way, features only the head of the bird.