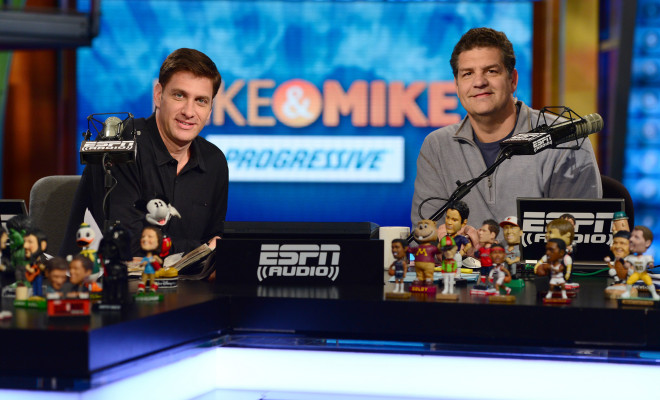 Just over a month after ESPN announced its “Mike & Mike” show would be moving from Bristol, Conn., to the Times Square facility used by “Good Morning America,” the move has been put on hold.

Officially, ESPN is saying that after careful review of the move, it decided to keep the ESPN2 morning show in Bristol “for now.”

The official statement does mention that producers “remain committed” to integrating “Mike & Mike” content with “Good Morning America,” which was cited as one of the key driving forces behind the move.

However, James Andrew Miller, who authored a book about ESPN, suggested on Twitter that the reason the move may have been halted is due to talent demands for a bigger paycheck due to the move: