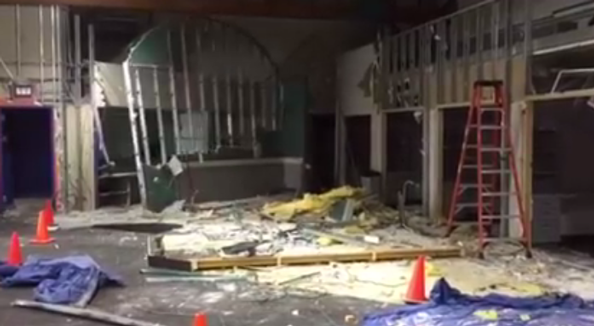 Milwaukee CBS affiliate WDJT-TV has taken the metaphorical wrecking ball to its newsroom.

The station is prepping for a new newsroom and set in the “coming months,” according to a Facebook post by the station.

Meanwhile, the station has set up a temporary newsroom area it has dubbed the “Airplane Newsroom.”

Some exciting CBS 58 news! Walls are coming down in the former CBS 58 news room! Look for big changes to our "look" in the coming months!