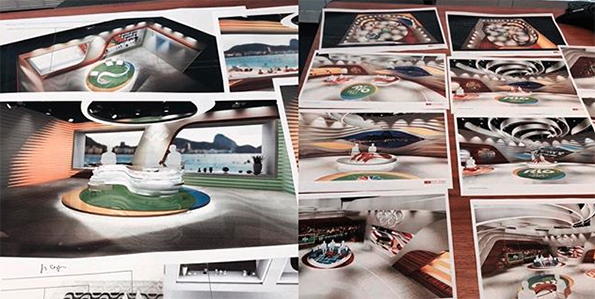 The 2016 Olympic Games are now less than a year away, and broadcasting networks are in full preparation mode for the massive event. NBC Sports, the U.S. home of the games, usually has one of the largest broadcasting presences at the International Broadcasting Center, and 2016 looks to be on par with previous efforts.

The design, which was designed by Bryan Higgason of HD Studio (formerly of Clickspring Design), includes many curves that match the NBC Rio logo, along with local woods and breathtaking views of the city. The sketches show the main studio, located in the IBC, and a secondary setup.

NBC’s previous Olympic set design from Clickspring Design, for the 2014 Winter Olympics in Sochi, won a NewscastStudio Set of the Year Award.