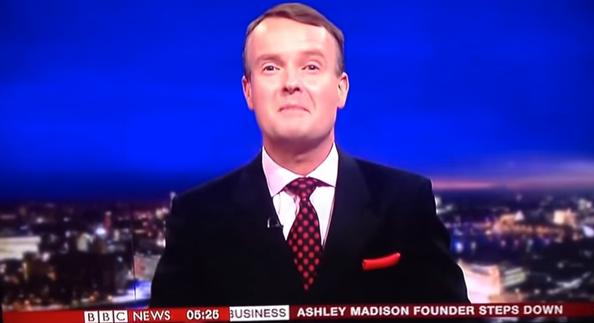 Leave it to the British to handle Ron Burgundy-style teleprompter fail with the upmost class and poise.

After a field report, a BBC correspondent tossed back to the anchor in the studio — who, with no irony, read the stage direction that have appeared in front of him on the prompter: “Pause for effect.”

If the anchor realized his mistake, he doesn’t let on — he just keeps barreling through the script to the the next story.