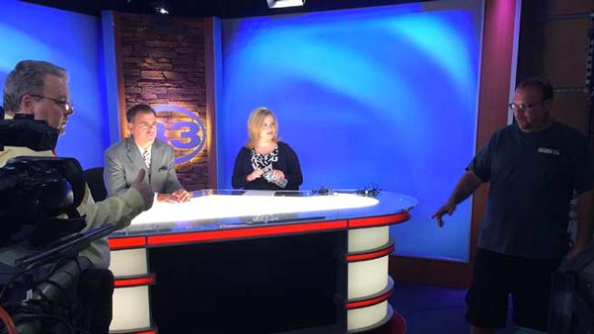 The station is a sister station with Media General‘s WKBN-TV and the two stations share facilities.

Z Space Creative designed both of the sets.

Unlike WKBN-TV, WYTV-TV’s new set doesn’t boast the augmented reality technology that allows for the dynamic insertion of various graphics and 3D elements.

Between these walls, a narrow faux stone segment fronted with the station’s logo adds a bit of texture to the set.