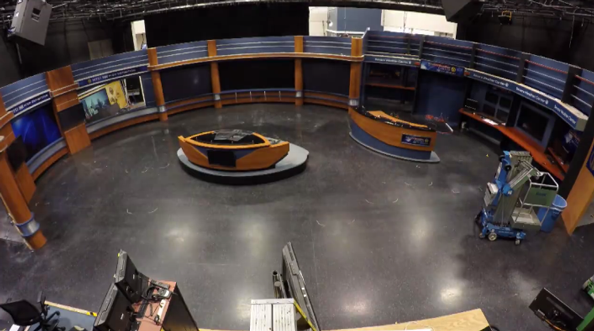 Pittsburgh NBC affiliate WPXI-TV, which as NewscastStudio previously reported is debuting a new set in late October, has given viewers a sneak peak behind on part of the process.

In a video posted to its Facebook page, the station shows off a timelapse video of the set being disassembled section by section. Parts of the existing set were then reassembled in another studio for temporary use during the new set’s installation.

The station, which is owned by Cox, also plans to refinish the studio floor in preparation for the new set.