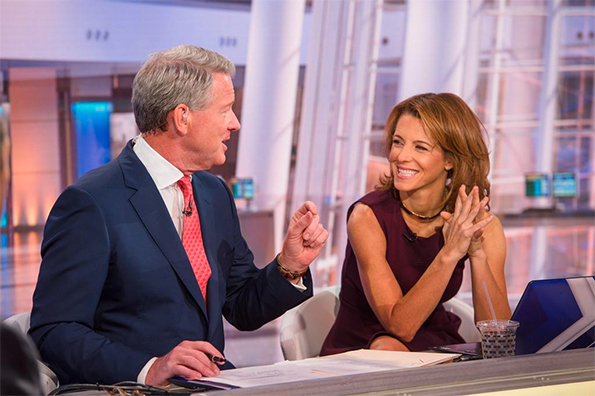 Lowe, a veteran British composer, has worked with many notable clients including BBC News, BBC World Service, Premier League and CCTV, with some of his most famous creations being the “World News” countdowns on BBC.

For Bloomberg, Lowe worked to create a theme that was recognizable and upbeat, that could brand the network. So far, the theme can be heard during “Bloomberg Markets,” the networks dayside news programming.

“The goal was to create something unique and instantly recognizable for Bloomberg, with a core sound that could be used in any number of different ways spread across the channel,” said Lowe.


“Put simply the feel and direction we were aiming for was recognizable, pacy, contemporary, positive, technological, classy and memorable.”

The theme (as heard above in this clip provided by Lowe) mixes technological synthesizer vibes with a fast paced beat, standing out from most U.S. news networks.

This is Lowe’s first major theme in the United States.

“I’d love to work on more projects in the US, it’s especially easy now with the technology we have, to be able to work on a project anywhere in the world directly from my studio in London.”