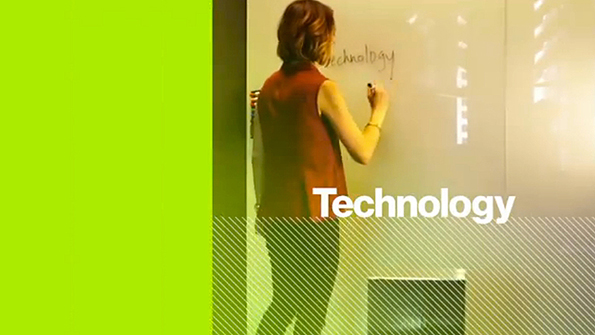 As part of its on air overhaul, Bloomberg has debuted a new graphics package that gives each show a unique color and symbol.

The network’s main programming blocks each have a unique color assigned to them along with a simple typographic symbol: The color coding is incorporated into the show’s open, which feature clean designs with talent shots and stock imagery mixed with crisp typography. In addition, the network’s new sets are equipped with color changing technology that allows set pieces and accent lighting to match the color coding.

In addition, the coloring is found in the virtual set extensions, which feature prominently into the design of the space. The network’s lower thirds mirror the clean look and color coding, with the Bloomberg logo relegated to the lower left corner of the screen in a signature blue box.