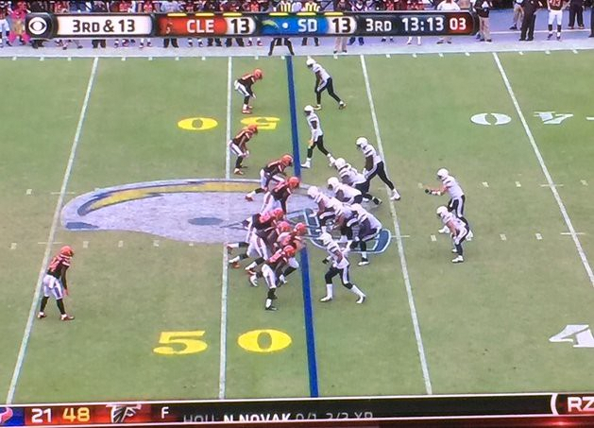 If you’re a Cleveland Browns or San Diego Chargers fan and are even the least bit superstitious, then you might want to avoid black cats and mirrors for a bit.

A user on Reddit grabbed a shot of a very specific moment of the game earlier this week that was a sort of a perfect storm of unluckiness.

In the United States, 13 is widely considered an unlucky number (many buildings won’t label floors or rooms with “13”). If that’s not enough, 3 is sometimes considered unlucky as well.