CNN has extra debate lectern waiting in the wings for Biden 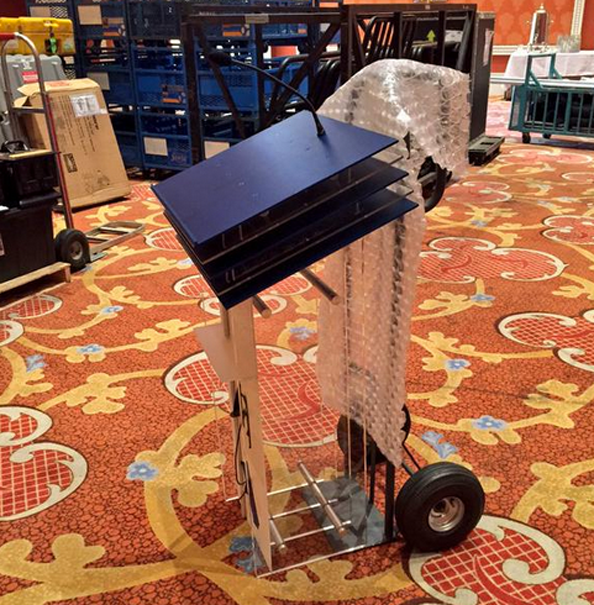 With all the controversy about who’s invited to this year’s primary debates (and who’s not), CNN is facing another complication — not knowing if someone is even running.

Vice President Joe Biden has been notoriously coy on whether he’s running or not, which can be quite a logistical challenge if you’re trying to make sure everyone has a lectern.

While Biden is widely expected to skip the debate, even should he decide to run now or later, CNN likely wants to be prepared for every scenario.

So, just in case, CNN has an extra lectern in Las Vegas ready to wheel out should Biden announce he’s running and need to be accommodated in the debate Tuesday night.

Notably, former first lady Hillary Clinton is currently slated to be center stage of the debate stage, but that order would be upset if Biden were to join.

CNN correspondent Jim Acosta tweeted a photo of lectern sitting on a hand cart, with some bubble wrap to protect it.