Oh come on CNN. Must it be that big? 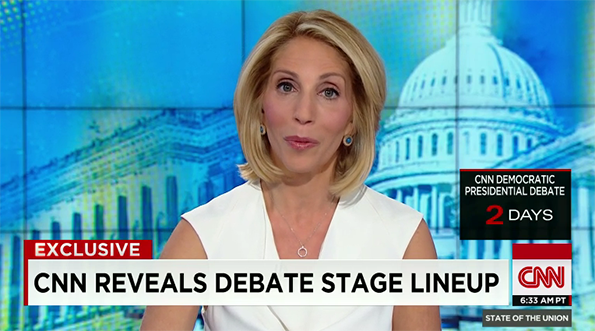 Apparently, there is a presidential debate this week on CNN. It’s hard to tell from watching CNN, they usually have a small little countdown clock… oh wait.

As CNN prepares for Tuesday’s Democratic debate, they’ve added a giant countdown to the screen (bigger than when the Republicans debated). The countdown is taller than the live bug and CNN logo combined.

At this point, the network might as well add an L-bar at this point for countdowns.