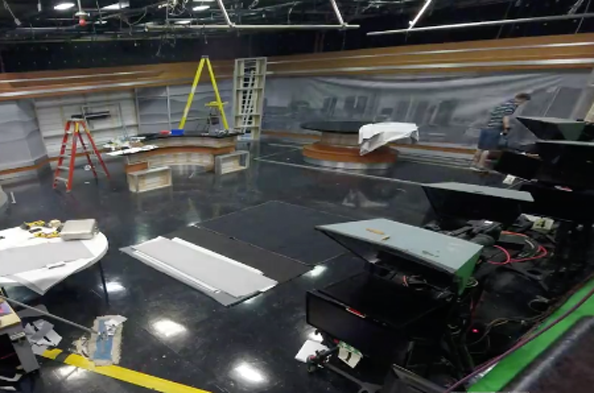 WBMA-LD, the Sinclair owned ABC affiliate in Birmingham, Ala. is prepping to debut a new set Oct. 26.

The station, which brands as ABC 33/40 on air, has been teasing the new set in a promo.

The promo features a timelapse of the old set’s demolition as well as well as some quick clips of the new set under construction. From a the screengrab shown above, it appears the set will feature a large stretch of wall covered with a cityscape graphic.

The new set is from Park Place Studio.