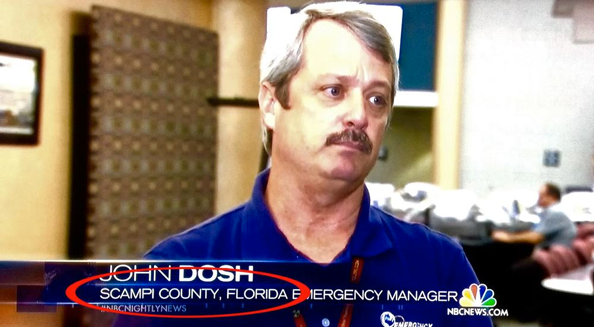 For its coverage of the aftermath of flooding caused by the remnants of Hurricane Patricia, “NBC Nightly News” featured a sound bite of the emergency manager of one Florida county — one the lowered third claimed is named “Scampi County.”

As FTVLive, whose editor has traveled around Florida extensively, points out there isn’t such a county.

The name of the county John Dosh, the emergency manager interviewed, works for is actually Escambia County. Scampi, on the other hand, is a shrimp dish typically made with butter and garlic.

The typo was fixed for the broadcast’s second feed: